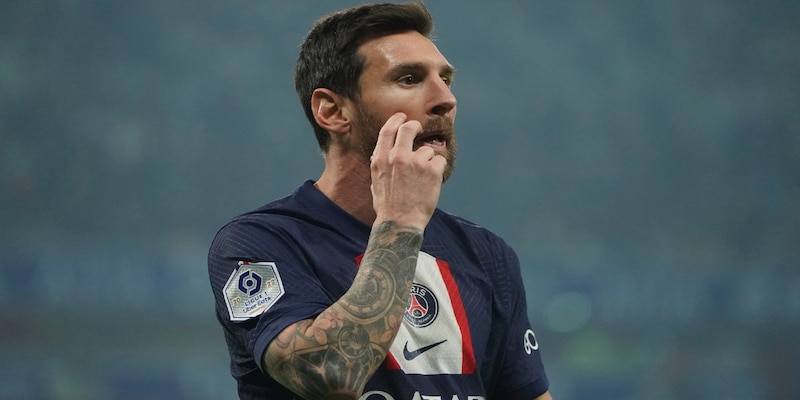 Days after making headlines for laying off 2,500 employees and announcing an intent to shut down the Kerala centre, BYJU’s is now in the news for roping in football star Lionel Messi as the first global brand ambassador of its social impact arm Education For All.

However, many have taken to social media platforms to red-flag the edtech giant’s “hypocrisy.” Take this for example — a Twitter user said the move says a lot about the company’s priorities and ethics. “Fire thousands of employees to hire one superstar!” the person commented.
Another user mocked the firm saying, “Makes sense! #Byju's plays football with the life and livelihood of their employees!”
One user also said that the real reason BYJU’s is firing its employees is that it needs Shah Rukh Khan and the bills for the FIFA World Cup and BCCI sponsorships.
Another questioned the celebrity's association saying, “Does @WeAreMessi know about #Byju's malpractices?
Why do these celebrities risk their reputation by associating themselves with risky brands like #Byju's?”
Another user said, “New strategy in town... LoL Fire employees in bulk and then invest resources in global advertising.”
The move also sparked a meme fest on Twitter.

One quipped a pun, “If you were getting international superstars as a brand ambassador while slashing 25% of your workforce, I’d call it Messi”
The Backstory
The backlash against the edtech comes as it last month announced that to avoid redundancies and duplication of roles, and by leveraging technology better, around five percent of BYJU’S 50,000-strong workforce was expected to be rationalised across product, content, media, and technology teams in a phased manner. It said that this among other moves is expected to result in sizable savings with no impact on growth.
Also Read: BYJU's CEO pens down email to staff, asks forgiveness for the layoff
“At a group level, BYJU’S top priority is to achieve overall profitability by March 2023. These steps are also meant to prepare the path towards a stellar listing eventually as the world’s largest EdTech company that has turned profitable, eventually,” it added in a statement.
Last week, Byju’s had also announced the closure of its Kerala centre and lay off around 140 employees. It, however, rolled back both decisions on Thursday following a meeting with state Chief Minister Pinarayi Vijayan.
Also Read: BYJU’S won’t shut down Kerala office and will retain 140 laid-off employees
Also Read: BYJU's looking at raising up to $1 billion via IPO for its Aakash unit
(Edited by : Abhishek Jha)
Check out our in-depth Market Coverage, Business News & get real-time Stock Market Updates on CNBC-TV18. Also, Watch our channels CNBC-TV18, CNBC Awaaz and CNBC Bajar Live on-the-go!