You begin to see nature as a living being

Updated : August 21, 2019 04:18 PM IST
The Wild Heart of India, a collection of essays written by wildlife scientist T.R. Shankar Raman, documents his days in the field which were the foundation of his ecological education.
The book is an immersive and informed account of the author’s forays into nature that could ignite minds to conserve the fragmented bits that are left today.
In her review, Rishika Pardikar outlines the experiences, reflections and scientific information interspersed in this autobiographical collection of the wildlife scientist.

You set your heart on the Anamalai jungles. You dream of listening to the calls of a million birds, the cries of macaques and the trumpets of elephants. In all the beauty though, the threats the forests face are always at the back of your mind. And so, you become a wildlife scientist who lives and works out of the rainforests and plantations in the Anamalai hills. This is the life of T. R. Shankar Raman, documented in a collection of autobiographical essays, The wild heart of India, published in May this year.

There are other landscapes too like the Dampa Tiger Reserve in Mizoram with its jhum fields where Raman studied the relative burden of slash-and-burn practices as compared to monoculture plantations; the forests of Dandeli where he went in search of Malabar pied-hornbills; the Andaman and Nicobar Islands; the sal forests of Kanha where deer and tiger will “forever mark” the landscape and then, of course, there’s the Anamalai Tiger Reserve.

Raman’s descriptions of these forested landscapes and the wildlife they host are as evocatively fresh as perhaps the forests would have been because you begin to see nature as a living being and Raman as a part of it. 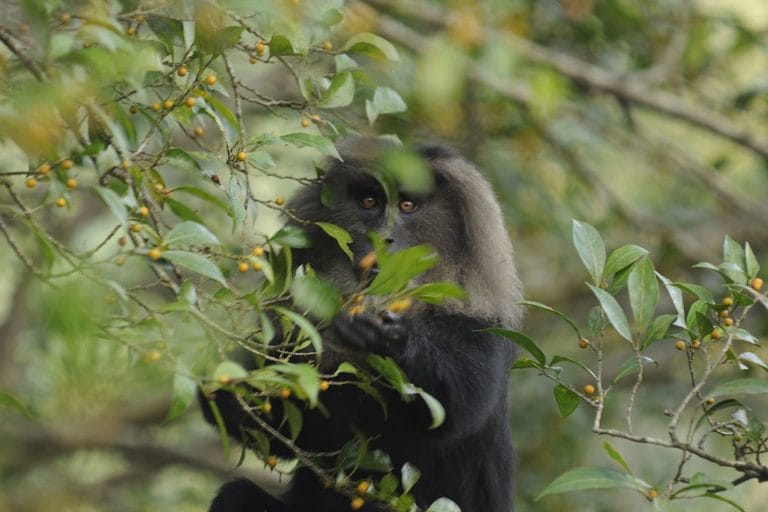 But beauty aside, the ecological education during these field days would also turn out to be one that opened his eyes to “a world of wounds”.

Through the fieldwork he was made aware of the threats posed by linear intrusions, the dilution of forest regulations in 2015 when the country was suffering from deficient monsoons and water shortages – a deja vu moment today when EIA norms are being revamped as cities are running out of water – and many such government-backed, corporate interest-driven moves towards an industry-friendly environment that decimate hopes for building environment-friendly industries.

Consequently, next came the desire to save. And the first major step in this path would be the setting up of the Nature Conservation Foundation (NCF) with friends and colleagues, that would grow to become one of India’s premier conservation and research organisations.

Interspersed with essays about field days and conservation policies are important titbits of information about breeding patterns of hornbills, how different the antlers of deer species are from keratin-made horns, the nests of swiftlets and cheetah sightings in Indian landscapes up until the 1960s.

There are idols too – some known to him personally like R.K.G. Menon who he met during field trips with the Madras Naturalist’s Society and others like American marine biologist and writer Rachel Carson who left lasting impressions from afar. 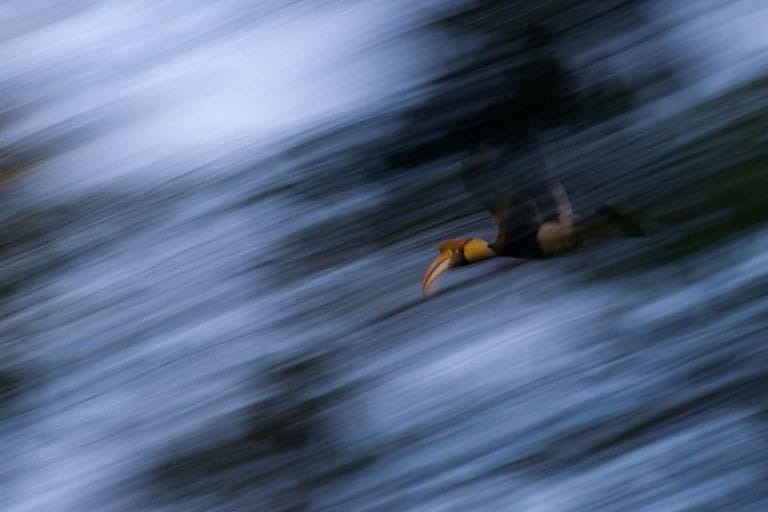 Great hornbill in flight over the forest canopy in the Annamalai hills. Photo by T.R. Shankar Raman/Wikimedia Commons.

And then there are reflections. Raman’s rumination of the country’s ecological diversity and ways of life that are reverently intertwined with nature and are also becoming increasingly burdensome – tamarind trees are asked to “make way for tarmac” and rivers are noticed largely for their utilitarian purposes.

As a way out, he suggests that we “keep all the pieces: people, wildlife, forests, plantations, rivers.” And that the Indian landscape offers a really good opportunity to do this.

In all, The Wild Heart Of India is an immersive and informed account of the author’s forays into nature. Some bits read like lessons in forests and wildlife while others read like a call to conserve the fragmented bits that are left today and all of it deserves a patient read. A read for its intricate details and for its science. But most of all, a read for its heart.