Women jobs are under attack, but not by men

Women jobs are under attack, but not by men

Ever since robots emerged from the pages of science-fiction novels into the real world, humans have feared being usurped in the workplace and a latest report by the World Economic Forum suggests that these fears aren't unwarranted.

Gone are the days when women used to compete only with men in the workplace. Their latest rival also includes robots or automation, as some would like to call.

Ever since robots emerged from the pages of science-fiction novels into the real world, humans have feared being usurped in the workplace and a latest report by the World Economic Forum suggests that these fears aren't unwarranted.
According to the report, proportionately fewer women than men are participating in the workforce due to multiple reasons.
"One is that automation is having a disproportionate impact on roles traditionally performed by women. At the same time, women are under-represented in growing areas of employment that require STEM (science, technology, engineering and mathematics) skills and knowledge," the Forum’s Global Gender Gap Report 2018 published on Tuesday said. 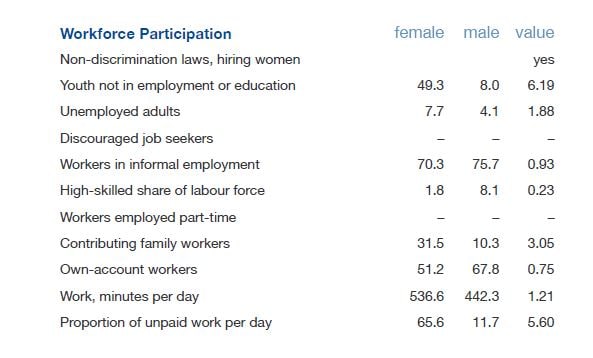 Source: World Economic Forum
Another potential reason highlighted by the research is that the infrastructure needed to help women enter or re-enter the workforce – such as childcare and eldercare – is under-developed and unpaid work remains primarily the responsibility of women.
"The corollary is that the substantial investments made by many economies to close the education gap are failing to generate optimal returns in the form of growth," the report read.
Another worrisome finding of a new analysis, in collaboration with LinkedIn, relates to growing gender gap in the field of Artificial Intelligence (AI), where women represent only 22 percent of the AI workforce. This gap is three times larger than in other industry talent pools.
"The analysis also suggests that, in addition to being outnumbered three to one, women in AI are less likely to be positioned in senior roles or signal expertise in high-profile, emerging AI skills," said the report.
The LinkedIn data suggest that women with AI skills are more likely to be employed as data analysts, researchers, information managers and teachers, whereas men are more likely to be employed as software engineers, heads of engineering, heads of IT and chief executives – more lucrative and senior positions.
However, data also suggest that a regional divergence is taking place, with 22 Western economies witnessing an improvement in political empowerment for women as opposed to a widening in the rest of the world.
India recorded improvements in wage equality for similar work and fully closed its tertiary education gap for the first time, but progress lags on health and survival, remaining the world’s least improved country on this subindex over the past decade, the report said.
Have you signed up for Primo, our daily newsletter? It has all the stories and data on the market, business, economy and tech that you need to know.
Check out our in-depth Market Coverage, Business News & get real-time Stock Market Updates on CNBC-TV18. Also, Watch our channels CNBC-TV18, CNBC Awaaz and CNBC Bajar Live on-the-go!