As inflation rises and IIP shrinks, economists warn India might struggle to hit 6% GDP next year

Speaking to CNBC-TV18, Citi India's Samiran Chakraborty and former MPC member, Mridul Saggar warned that India's GDP target of 6% next year might have to be revised if the core inflation stays above the desired RBI benchmark and the IIP doesn't pick up.

India's consumer price inflation rose to a five-month high of 7.4 percent in September from 7 percent in August. This is the ninth straight month of retail inflation breaching the Reserve Bank of India's target band. Separately, India's factory output better known as IIP (Index for Industrial Production) contracted by 0.8 percent in August.

Moreover, the reported inflation data is a little higher than estimates while the industrial growth data is a little lower than expected. Nothing dire here, but this is not a happy combination either. What is painful is that inflation has been pushed up by food prices rising 8.6 percent with cereals and vegetables rising in double digits. On the industrial side, consumption made a worrisome reading with non-durables contracting by 10 percent in August.
Speaking to CNBC-TV18, Citi India's Samiran Chakraborty feared that the core inflation reading is getting cemented and this was worrisome and this might impact India's growth (GDP) target of six percent next year.
Also Read | It is not Lehman moment yet, says Raghuram Rajan
“I am more worried that the persistence is there on the core inflation side rather than the headline. The core inflation month-on-month changes are practically getting cemented around 0.5 percent, which is annualised 6 percent core CPI and doesn't look like that the effect of monetary policy is being felt at all, even on the core inflation number,” he said. 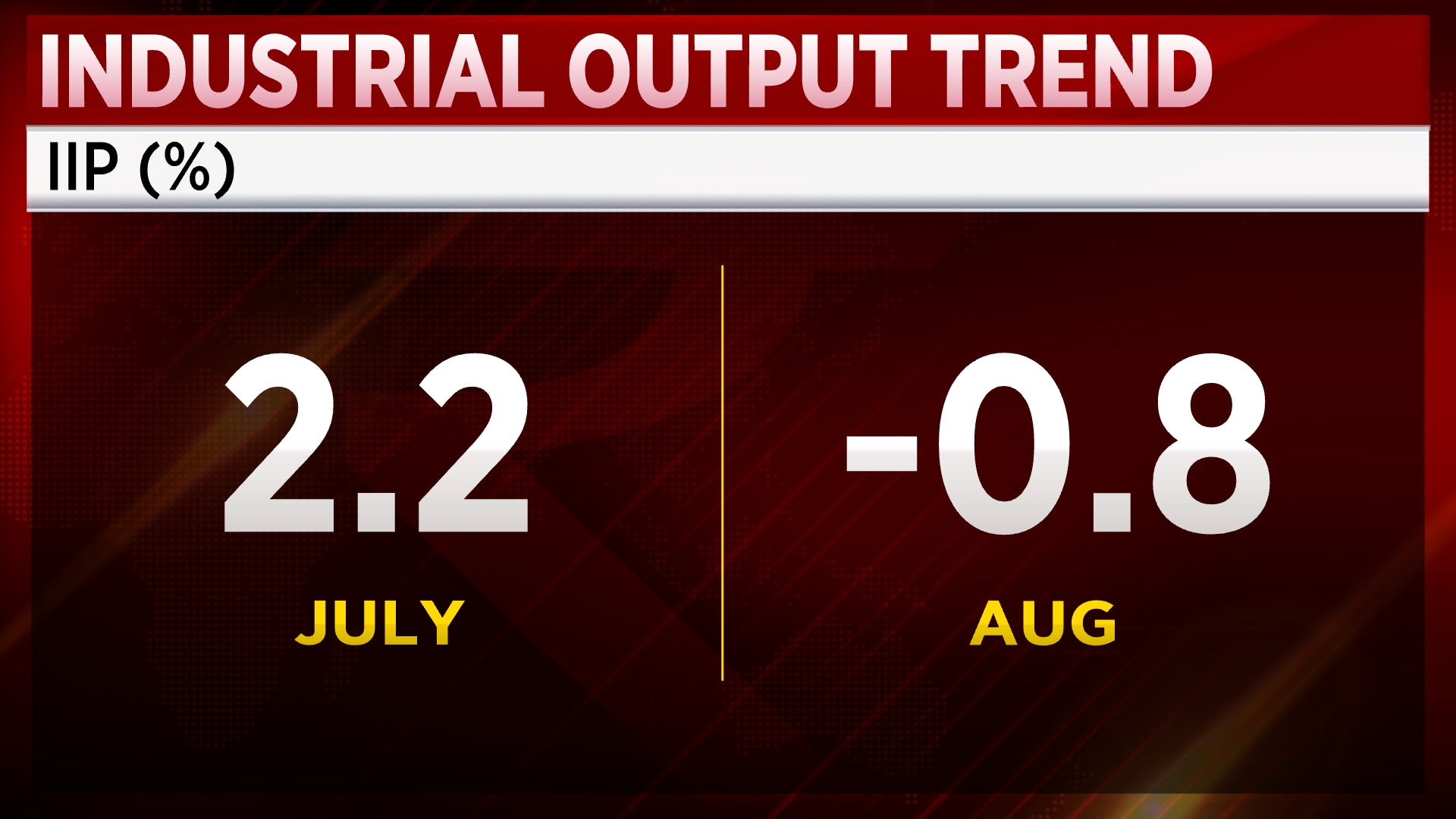 Former member of the Monetary Policy Committee, Mridul Saggar concurred with this and added that the current RBI inflation projections seem realistic.
“There is absolutely no doubt that the growth is slowing down and there is a reason for it to slow down. I mean, we are seeing synchronous monetary policy tightening across the globe, financial conditions are tightening; they have sizably tightened and emerging markets are facing the brunt now. So growth has to slow down,” he said.
Full Report | Retail inflation moves to 5-month high, industrial production slips to 18-month low Is there a downside risk to India’s growth forecast? Chakroborty doesn't rule it out.
“The challenge is that the global growth outlook is extremely uncertain now. We are talking in terms of more scenarios rather than having just one forecast for the global outlook; our global economists have put out even a hard-landing scenario possibility where global growth would fall to zero percent as well. Under those circumstances, we might have more downside risks to the India growth forecast,” he explained.
For the full discussion, watch the video
(Edited by : Abhishek Jha)
Check out our in-depth Market Coverage, Business News & get real-time Stock Market Updates on CNBC-TV18. Also, Watch our channels CNBC-TV18, CNBC Awaaz and CNBC Bajar Live on-the-go!