What’s at stake for India as Russia-Ukraine tension escalates

What’s at stake for India as Russia-Ukraine tension escalates 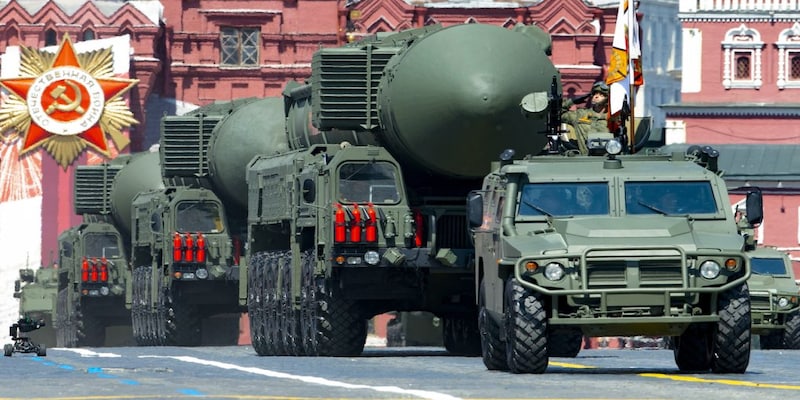 A potential conflict would impact India economically, militarily, and diplomatically despite being far away from the conflict physically.

Russia recognised the independence of the two Ukrainian breakaway regions on Monday, and started mobilising its forces to go into the region to act as “peacekeepers”. The separatists in the Donetsk and Luhansk, collectively known as the Donbas region, have been backed by the Russian state in various measures.

In response, the US has already announced sanctions on the two breakaway countries and warned of new sanctions on Russia, if needed. NATO allies and leaders have called for targeted sanctions on Russia for threatening the sovereignty of Ukraine. The US has also warned that a possible invasion of Ukraine on this pretext may come at any time.
This marks a dangerous escalation in tension between the “east and west” once again after the collapse of the USSR and the end of the Cold War.
For India, the escalating tension means walking down a precarious line.
Given the risk of civilian casualties should there be an invasion, the security of the Indian community in the country is of paramount concern. The Indian Embassy in Ukraine has already advised all Indians, including about 18,000 students and families of its staff, to leave the country immediately.
Catch-22 for India
Escalating tensions between Russia and the West means that India will possibly be forced to pick a side. Russia is an important military equipment seller and partner to India but also presents a decent-sized market for Indian exports. However, continuing to engage in military and economic engagement with Russia may bring India itself under the ambit of NATO and US sanctions that are being threatened on Russia. India is already under the scrutiny of the US CAATSA (Countering America’s Adversaries Through Sanctions Act) for its Rs 39,000-crore deal with Russia for five S-400 air defence systems.
India cannot abandon its strategic partnerships with the US either if it was to hypothetically throw its lot in with Russia. The US presents a key part of the strategic challenge that India poses to counter the Chinese question in Asia.
While India was the leader of the Non-Aligned Movement during the Cold War, today’s geopolitical situation makes navigating a similar path incredibly hard if not outright impossible.
Overall impact
The potential conflict may also cause economic stress to India, as global headwinds may spook investors and cause widespread disruption in trade, especially for the supply of crude oil. The Sensex was down 900 points over the previous day, on fears of escalating conflict. Other indices were similarly in the red as no sector was safe from the fears that the conflict was arousing.
Crude oil prices rose to $100 as well. The price of Brent was already at $95.94, surging nearly 40 percent since December 1, 2021. Russia is the second-largest exporter of crude in the world and a potential conflict is seriously stoking fears of possible shortfalls and driving a speculative increase in prices.
Prices of other goods and possible inflationary pressures may also rise as Russia is responsible for delivering 40 percent of Europe’s natural gas demands. A conflict may lead to an increase in energy prices but may also cause companies to pass off the cost to customers, which would be borne by Indian consumers of many imported goods.
Just the sheer possibility of conflict, which looms ever greater, has caused markets the world over to be affected. In the global economy and geopolitical arena, a showdown between any two large powers does not only have an immediate effect on people in just those two countries, but also around the world.
Read Also | India calls for restraint at UNSC meeting, UN Representative Tirumurti says safety of Indian students in Ukraine priority
(Edited by : Thomas Abraham)
Check out our in-depth Market Coverage, Business News & get real-time Stock Market Updates on CNBC-TV18. Also, Watch our channels CNBC-TV18, CNBC Awaaz and CNBC Bajar Live on-the-go!