What the MSME sector wants from Modi 2.0 budget: A few changes in GST regime and some extra hand-holding

Updated : June 27, 2019 08:02 AM IST
MSMEs face the heat of procedural compliances including the risk of credit accumulation in initial years due to the gestation period of the project.
E-way bills have increased the compliance burden on MSME sector, as the threshold for such application is as low as Rs 50,000.

The contribution made by the MSME sector to the Indian economy is huge. However, the sector often faces a multitude of challenges that restrict its growth such as insufficient support from debt market, high labour turnover, limited access to resources including marketing channels and cut-throat competition from large corporates.

Ongoing digital revolution has allowed better connectivity while enabling MSMEs to gain exposure to the global market. Still a lot needs to be done for the sector as a whole. With the Modi 2.0 budget, below are the expectations from MSMEs in terms of GST. 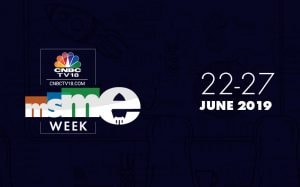 GST under the Reverse Charge Mechanism is leviable for various specified services, most popular being procurement of services from goods transport agency, import of services and receipt of legal services from an advocate. MSMEs have to pay applicable taxes on all such procurements and then avail tax credit for the same. This is a revenue neutral activity. However, MSMEs face the heat of procedural compliances including the risk of credit accumulation in initial years due to the gestation period of the project. From this budget, it is expected that taxpayers up to a certain threshold should be exempted from applicability of reverse charge mechanism, improving the tax costs for them.

Every taxpayer has to pay GST by 20th of the month following invoice generation even though customers enjoy a much longer credit period usually between 90 and 120 days. This puts pressure on MSMEs to pay taxes in advance, tax credit of which is enjoyed by the recipient without any cost attached to it for such an extended period.

In this budget, the government needs to provide MSMEs a better access to working capital loans or they may plan to shift the liability for payment of taxes from accrual basis to cash basis as it existed in service tax regime.

E-way bills have increased the compliance burden on MSME sector, as the threshold for such application is as low as Rs 50,000 (value of goods). The government may plan to significantly increase the threshold for MSME taxpayers based on the good track record of the taxpayer.

The government is planning to introduce an electronic invoice mechanism under GST which will automatically register every transaction on GST network. E-invoicing requires technologically enhanced resources and suitably qualified human resources who can handle the technology. The cost of such resources would snatch away the benefits given to MSME taxpayer. Hope GST council would consider not implementing E-invoices for small players in the Indian economy.

Annual filing forms GSTR 9 and GSTR 9C introduced by the government is way too complicated, filing of which requires detailed information regarding turnover, input tax credit, HSN summaries, online credit checking and classification of procurements. This is a complicated procedure for every MSME requiring professional assistance. To give a relief to MSME sector, new annual return form should be introduced specially for MSMEs which should have basic reconciliations ensuring payment of taxes.

Legal structure of GST is very complex which MSMEs find tough to comprehend. It is much difficult to comply with all the provisions of GST for small enterprises, and non-compliance of such provisions is inevitable even though there is no tax evasion involved. Enterprises lose their time, energy and money in catering to wishes of all such tax officers. To ease out the stress of MSMEs, the government should plan taxpayer-friendly facilities under each chief commissioner to provide legal help to MSMEs. In this budget, the government should allocate suitable funds for such help centres pan-India.

These changes in the GST regime will usher in an era of growth in the MSME sector and transform the way enterprises operate and do business. In the long run, this will have a positive impact on job creation and entrepreneurship spirit throughout the country. With the government’s commitment to strengthen MSMEs on all fronts including GST, it is expected that the current challenges would be stabilised and the industry will gradually take a positive turn to fulfill the nation’s visions.

Rajat Mohan is Senior Partner at AMRG and Associates.