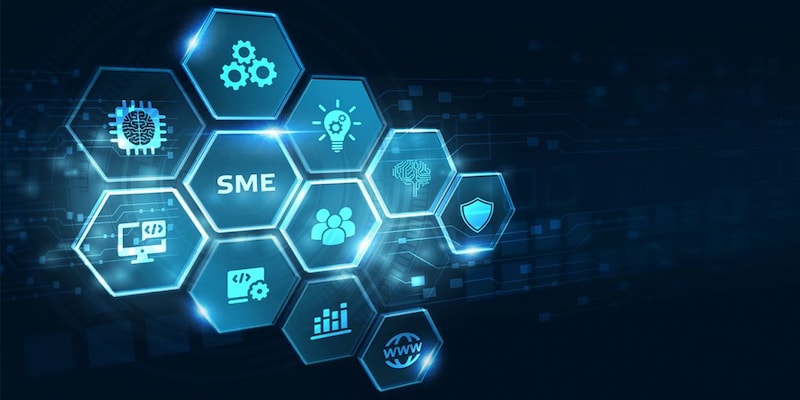 Start-ups boost the economy with innovative ideas, generate new jobs, create new industries and attract (foreign) investment. This has been recognised by the Indian government, which promotes start-up innovation. Still, the latter can only reach its full potential when small players can fully enjoy the immense advantages of standardisation.

International standardisation environment
Standards allow businesses to make their products and services interoperable. As a consequence, Indian manufacturers can decrease costs, know in advance technical requirements, and be more efficient. In particular, cellular standards such as 3G, 4G and 5G, are responsible for enormous economic and societal benefits. The 5G value chain, for example, is expected to generate a global gross output of $3.8 trillion by 2035, according to IHS Markit. This is because multiple sectors are highly profiting from 5G’s applications. Some examples are transportation, healthcare, security and agriculture.
High-tech standards are typically produced in an open and collaborative process within Standard Development Organisations (SDOs). Some examples are TSDSI (Telecommunications Standards Development Society) in India or ETSI (European Telecommunications Standard Institute) in Europe. Their members include both, large and small companies, universities, research institutions and government bodies. In addition, standards are developed in an equal, non-discriminatory and transparent manner in technical groups, ensuring the creation of efficient, merit-based technical solutions.
But these ground-breaking standardised technologies are the result of massive investments of research and development. Therefore, they are often protected by patents. Patents that are necessarily used when implementing the standard are called standard-essential patents (SEPs). To ensure widespread dissemination of standards, SEP owners generally commit to license them under fair, reasonable and non-discriminatory (FRAND) terms.
Benefits to start-ups and MSMEs
Micro, Small and Medium-sized Enterprises (MSMEs) can play a valuable role in standard-development. MSMEs have contributed up to 15% in the creation of cellular standards and the likelihood that their contribution will be accepted in a standard is even higher than that of larger companies. In recent years, India has been active in boosting domestic technology innovation. India has acknowledge the importance of intellectual property rights and is facilitating the growth of innovative small players through several initiatives such as ‘National Intellectual Property Rights Policy’, ‘Accelerating Growth of New India’s Innovation’ and ‘Start-up India’. But to achieve their full potential, India’s MSMEs need to become more active in international standardisation.
The advantages of high-tech standardisation are well known for MSMEs implementers. On the other hand, innovative MSMEs often ignore the many benefits of contributing to standardisation and becoming SEP owners.
As implementers, MSMEs have been able since decades to enjoy cutting-edge standardised technologies in exchange for reasonable terms. This has led to more competition and higher-quality products to consumers. This is a big plus compared to proprietary technologies, where MSMEs can be excluded anytime from these technologies or risk having to pay excessive fees to gain access.
As SEP owners, MSMEs can obtain fair and adequate compensation for the use of their patented technology. This in turn can foster further investments in R&D and follow-on innovation. The commercialisation of SEPs may be particularly useful for Indian start-ups and MSMEs that specialise in R&D of next-generation technologies and might lack the production capabilities to bring their own standardised products on the market. MSMEs owning intellectual property rights have 68% higher revenue per employee than MSMEs without any. Furthermore, higher licensing revenues and greater commercialisation improve the reputation of a company. A good reputation increases the value of the company, potentially attracting investors and venture capitalists, making the MSME more competitive. By joining standardisation meetings, MSMEs become part of the ecosystem. They can build relationships with potential international clients or suppliers. Furthermore, they have higher chances to build partnerships with large players by providing standardised solutions for which they own the patents.
Take-aways
Indian government has adopted highly important initiatives to promote start-up innovation. To further boost the Indian start-up ecosystem some additional steps are needed. First, the government could develop awareness programmes for the MSMEs to better understand the benefits of standardisation. Second, more guidance on how small players could participate in standards development should become of high priority. This would require for the Indian government to enable a mindset shift towards investing long-term rather than seeking quick return on investment. India could also urge small players to participate in SDOs by providing financial assistance or research grants for next-generation technologies. Moreover, financial incentives could be given to start-ups so that they can take licenses and accelerate development and marketing. In addition, continuous exposure of innovative start-ups to investors to secure funding for additional R&D or scale-up could be encouraged. Lastly, the Indian innovation ecosystem will only flourish by adhering to the international standardisation principles, reinforcing the existing well-structured licensing framework and ensuring robust intellectual property rights protection.
By Eleftheria Stefanaki, LLM and Dr Sheetal Chopra**
** Eleftheria Stefanaki LLM is a Senior IPR Researcher and Dr Sheetal Chopra is Director IPR Policy India, both at Ericsson. The views expressed herein are those of the authors’ alone and do not necessarily represent Ericsson’s views.
This is a partnered post.
Check out our in-depth Market Coverage, Business News & get real-time Stock Market Updates on CNBC-TV18. Also, Watch our channels CNBC-TV18, CNBC Awaaz and CNBC Bajar Live on-the-go!