The red hot inflation reading of 7.79 percent in April means faster monetary tightening which might impact growth. However, the revival after the reopening of the economy from the pandemic is also seen in rising export, higher GST collection and improving employment sentiment.

“It was the best of times, it was the worst of times…” are the famous opening words of Charles Dickens’ classic, A Tale Of Two Cities, and it seems that this describes the Indian current economic situation perfectly. Why? Because on one hand, the red hot inflation reading of 7.79 percent in April means quicker monetary tightening which will impact growth, but on the other, the revival after the reopening of the economy from the pandemic is clearly reflected in rising export, higher GST collection and improving employment sentiment.

Citi’s chief economist for India, Samiran Chakraborty fears that the impetus given by the reopening of trade after the pandemic third wave in December 2021 may be starting to peak. “The current high-frequency data suggests that the economy is doing reasonably well and in a broad-based manner…. It’s tough to say if (recovery) has peaked or not but as yet there are no signs of moderation in the recovery seen from the Omicron lows,” he told CNBC-TV18.
Inflation and the war
A key question being asked is how much of the inflation rise is due to the ongoing Russia-Ukraine war?
Soumya Kanti Ghosh, the chief economic adviser at India’s largest bank, State Bank of India, says that a closer comparison of the February inflation reading versus the April one shows that the spike is 60 percent because of the war.
“It is because of food and fuel. When both walk in tandem, the inflation number threatens to go out of control… In my sense, we are unlikely to get a respite soon.” he said. 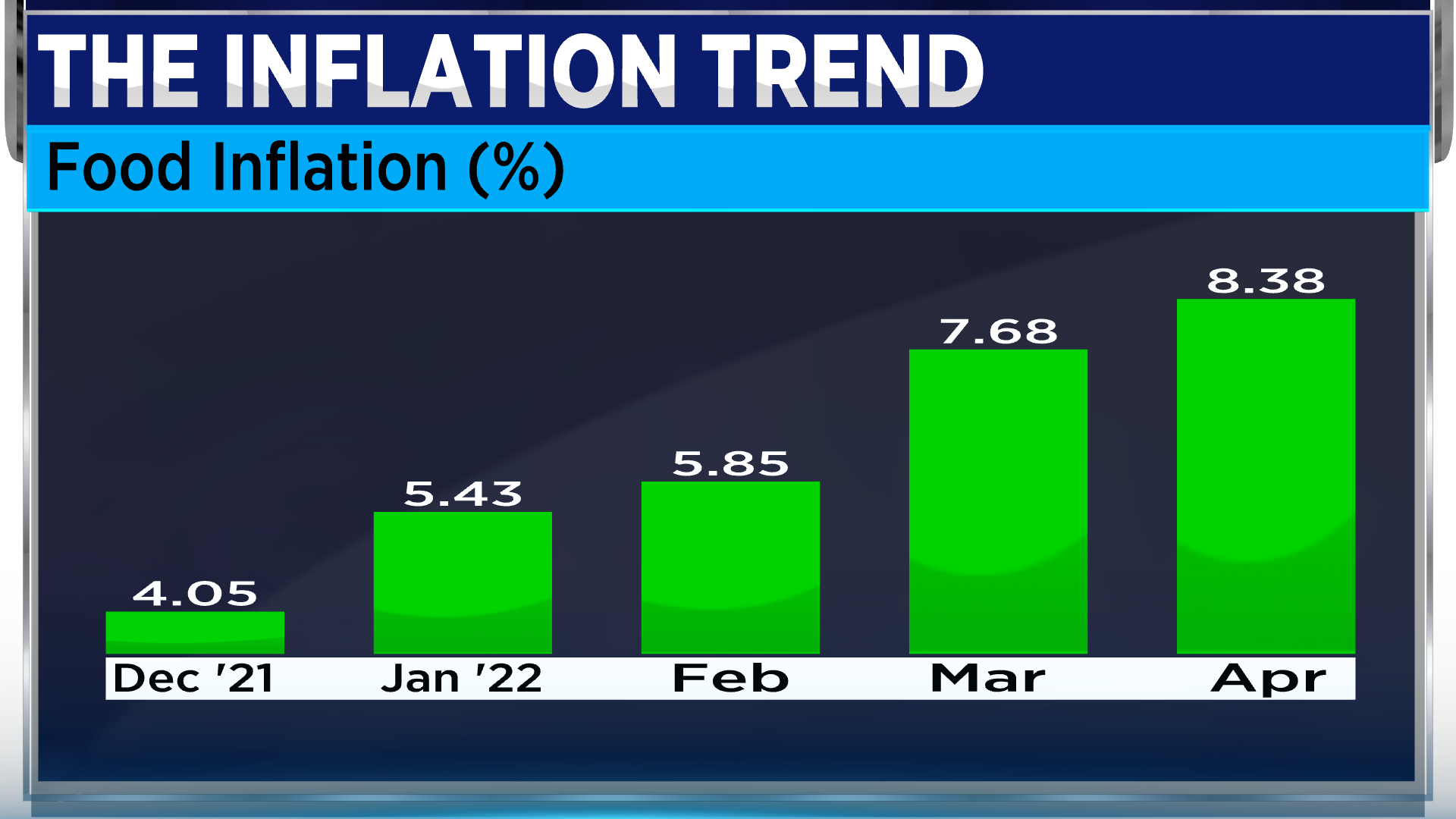 Inflation and the market
For global markets, a lot will depend on how the US central bank will react to the rising inflation too.
Jitania Kandhari of Morgan Stanley believes that the Federal Reserve has been talking about soft landing recently.
“Don’t think the US will be going into a recession this year. There could be a possibility of a recession in the second half of next year… The key thing to watch out for is wage inflation which will determine the hawkishness of the Fed policy,” she said.
Inflation vs growth predicament
India’s inflation has been running ahead of the RBI’s 2-6 percent target range for four straight months now and economists expect that it is unlikely to come in the range this year.
Citi’s Chakraborty believes that if one has to control the sticky inflation, some growth sacrifice is warranted.
“My sense is that the RBI may be okay raising rates till 5.50 percent (currently at 4.40 percent) but then the pace and quantum of rate hikes will start to affect growth and financial ability,” he said. How is the RBI likely to respond?
Morgan Stanley’s Chief Asia Economist Chetan Ahya expects RBI to hike the repo rate by 50 bps points each in June and August and take it to 6.5 percent in a year.
“We are expecting the RBI to be aggressive hiking by 50 basis points in the next meeting and the meeting after so 100 basis points over the next two meetings. And eventually, we think the nominal rate will have to be 6.5 percent by next year,” said Ahya.
(Edited by : Abhishek Jha)
Check out our in-depth Market Coverage, Business News & get real-time Stock Market Updates on CNBC-TV18. Also, Watch our channels CNBC-TV18, CNBC Awaaz and CNBC Bajar Live on-the-go!