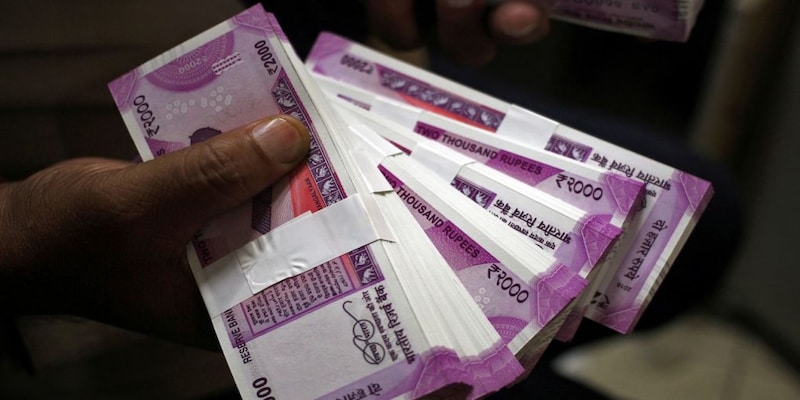 The 2016 demonetisation floundered on the rocks of implementation. The nation needs encores with loopholes and inefficiencies removed till it is purged of sinister cash

Recovery of humungous cash reportedly aggregating to Rs 200 crore and more from the premises of Kanpur businessman Piyush Jain by GST authorities has elicited diametrically opposite reactions depending on which side of the political divide one is in.

Modi detractors smugly aver that it proves yet again that demonetisation of Rs 500 and Rs 1000 old currency notes announced on November 9, 2016 was a wasteful and economically crippling exercise. In their worldview if demonetisation was supposed to put the fear of God in the minds of crooks, cash in such a large magnitude would not have resurfaced. That it has, proves, that crooks cock a snook at demonetisation.
The counter to this argument is the obduracy of the crooks in persisting with cash to evade GST and by extension income tax among others shows that the threat of demonetisation should loom menacingly like Damocles’ sword. Spring cleaning after all must be regular till the system is cleansed. In other words, the eternal threat of sudden demonetisation alone would make crooks come to the path of rectitude and join the mainstream economy.
In the US, with digital payments accounting for almost 90 percent of the total payments, there has never been demonetisation as it happened in India in 2016 even though the US Federal Reserve carries out periodic spring cleaning of its currency by bringing out new series of notes so as to stump counterfeit producers. After all, crooks perfect the art of imitating even the most difficult watermark on currency notes and when they give a hint of having done so, it should be time to crack down again. In India such a relentless and surprise exercise is needed to tame both counterfeit producers of rupee notes as well as to stop black money in its tracks.
The much-pilloried demonetisation exercise of 2016 would have been a roaring success had it not given wiggle room to crooks—banned notes being accepted in petrol pumps and hospitals for a long period of 23 days following demonetisation and banks operating exchange counters that were thronged by crooks through their proxies. And the much-vaunted banking-cum-tax software to flag abnormal deposits of banned notes (by RBI’s own admission as much as 99.3 percent of the banned notes had found their way into banks) into bank accounts has been a big disappointment.
ALSO READ | Rs 250 crore recovered in raids on UP businessman Piyush Jain; check other huge recoveries in past
The Modi government therefore has to live down the charge that the demonetisation exercise was a fig leaf for official money laundering though people by and large appreciate that the government’s heart was at the right place.
If the long rope given to crooks rendered the exercise a butt of ridicule, the lack of preparedness in quickly remonetizing the economy crippled it considerably. India by and large is a cash economy especially in hinterlands and in agrarian trade both of which together are described compendiously as the informal sector. Small wonder, rendering of 86 percent of the cash non legal tender through fiat brought business to a screeching halt in the informal sector.
Demonetisation thus was sound in design but floundered at the altar of implementation. The Modi government rightly believed that its pincer of demonetisation-GST would reduce crooks to quivering jelly and halt them in their tracks. GST is a value added tax and the main advantage of it is its self-policing mechanism—everyone in a supply chain should play ball back-to-back to evade the tax which normally is not possible. But the Kanpur haul shows that the system is not yet fully geared to catch those jumping the chain.
Cash still beckons crooked businessmen and it will continue to do so till there is a legislative threat—threat of sudden demonetisation of high denomination currency notes—looms. The 2015 law on foreign black money has come to stay permanently in the statute book. Accordingly, if anyone is found holding money in foreign bank accounts illegally, there would be a 30 percent tax on it apart from a crippling penalty of 90 percent. Whether it has inhibited crooks from parking their ill-gotten wealth abroad is a relevant question but that by itself does not render the law irrelevant. After all, crimes do take place despite the Indian Penal Code but that does not mean it should be scrapped. Furthermore, the writ of the Indian government does not run abroad except through bilateral and multilateral cooperation. But demonetisation is a different ball game with the ground zero being India where the Indian government’s writ ought to run.
Along with a permanent law that arms the central government with the power to spring a surprise on cash hoarders, the RBI would do well to dismantle as many urban ATMs as possible because by their sheer existence in large numbers, often cheek by jowl, they beckon reckless and untrammeled cash withdrawal. Cards must be encouraged to be used for digital transactions rather than for withdrawal at ATMs. We must learn from the US where even in Manhattan, ATMs are so few and far between that they have to be searched whereas in India in urban areas they are as ubiquitous as restaurants and dhabas or bistros. Apart from beckoning easy, sinister and wanton withdrawals, they constitute wastage to the extent they are grossly under-utilised.
ALSO READ | ATM cash withdrawal charges to rise from tomorrow: Key things to know
It is not as if cash per se is sullied or stigmatised. But cash to evade tax, to fund political parties, to confer anonymity, to bribe authorities and influence peddlers and to bribe voters belong to the sinister genre. Time it is purged. Kanpur cash haul is a grim and shrill reminder.
— S. Murlidharan is a CA by qualification and writes on economic issues, fiscal and commercial laws. The views expressed in the article are his own.
Read his other columns here
(Edited by : Ajay Vaishnav)
Check out our in-depth Market Coverage, Business News & get real-time Stock Market Updates on CNBC-TV18. Also, Watch our channels CNBC-TV18, CNBC Awaaz and CNBC Bajar Live on-the-go!