View | Challenging times ahead for India despite rosy numbers

View | Challenging times ahead for India despite rosy numbers 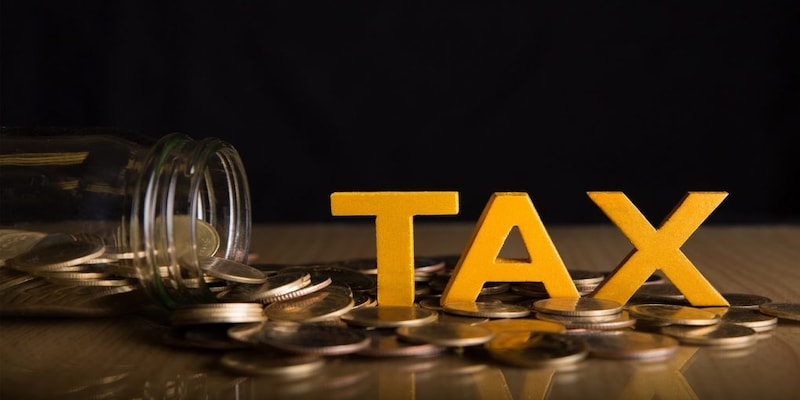 Tax revenues in 2021-22 have exceeded the Union Budget estimates by as much as Rs 5 lakh crore. The tax revenue was estimated at Rs 22.17 lakh crore against the revised estimates of Rs 19 lakh crore with a growth of 17 percent.

As against this, the revenue collections are Rs.27.07 lakh crore - almost Rs 5 lakh crore above the budget estimates. This is a growth of 34 percent over the collection of last year. Growth of almost 49 percent has been registered in direct taxes. The growth in indirect taxes being of the magnitude of 20 percent.
The tax to GDP ratio is 11.7 percent. Direct tax to GDP ratio at 6.1 percent and indirect tax to GDP ratio at 5.6 percent being the highest in some time. Tax buoyancy is at a healthy 1.9; 2.8 for direct taxes and 1.1 for indirect.
Also Read
| No feedback sought from states on hiking GST rates: Finance Ministry
Merchandise exports touched an all-time high of USD 417.81 billion in FY 2021-22 -an increase of a phenomenal 43.18 percent over USD 291.81 billion of the previous fiscal.
The foreign exchange reserves are 21.5 percent of the GDP. While this is entirely dependent on external factors it is still remarkably good.
So, the parameters do suggest that all is indeed well. Or is it?
CPI inflation touched a 17-month high of 6.95 percent in March 2022. There has been an increase in inflation across most categories and specifically a sharp rise in food inflation. The average annual CPI inflation for FY22 came in at 5.51 percent, higher than RBI’s projection of 5.30 percent. Paradoxically, inflation has helped boost GST revenues since taxes are at ad-valorem rates.
There is a real possibility of inflation exceeding 7 percent. And when this happens the RBI will in terms of the RBI Act (when the breach of 6 percent takes place for three quarters in a row) will have to give a written explanation to the Government to describe steps it is taking to control inflation. That would be interesting.
As has been pointed, WPI inflation is a good indicator on what is happening on the producer’s side as it is broadly speaking a producer’s price index. This index is dominated by manufactured products which have a weight of 64 percent in the index. They are influenced by global factors to a significant extent, especially in the current context.
Also Read | GST detects Rs 10 crore cash, turnover of Rs 1,764 crore in toilet-sized office
WPI in March has come in at 14.5 percent, which is higher than last month. All three sub-heads, primary (15.5 percent), manufacturing (10.7 percent) and fuel (34.5 percent witnessed an increase. Fuel and power inflation in March'22 rose to 34.5 percent from 31.5 percent in February’22.
While foreign exchange reserves are good, we should juxtapose this with the fact of portfolio outflows steadily increasing. They have crossed the USD 20 billion mark in the last few months.
And while the increase in exports is a cause for celebration, we should not forget to acknowledge that imports have also increased. India’s merchandise imports touched USD 610.22 billion in April 2021-March 2022. This is an increase of 54.71 percent.
The supply disruptions and shipping delays due to the ongoing Russia-Ukraine conflict have had severe consequences. Food, edible oils, fertilisers and crude oil prices are at very high levels in the international markets. There is no end to the war in sight. With India’s high import dependency on these items, the outlook for domestic inflation remains uncertain.
If high global commodity prices persist, India’s Current Account Deficit (CAD) could well be above USD 100 bn in FY23. This will be almost equal to 3 percent of GDP. Such a deficit level would be a record in absolute terms.
The IMD has predicted a normal monsoon last week which has brought some cheer. The arrival, progress, spread and withdrawal of the monsoon are important. We will have to wait and see how this pans out.
Also Read | GST Council considers doing away with 5% rate; looks to move items to 3%, 8% slabs
Fertiliser shortage ahead of the Kharif sowing season beginning in June could be detrimental to the farm sector. This could lead to further food inflation. This will more than offset the prediction of a normal monsoon. Further, there will be a huge impact of increased global oil prices on the transport sector. This will indirectly affect the prices of other commodities.
The Centre for Monitoring Indian Economy (CMIE) has pointed out that more than 20 million jobs have been lost in the last few years .15 million jobs are estimated to have been lost in manufacturing alone. Given the high inflation and global challenges, it seems unlikely that the situation will improve.
There are newspaper reports that there is a proposal to moving some items from the 5 percent GST rate to a new rate of 7-8 percent. While an increase in rate will definitely increase revenue-it will definitely also contribute to inflation. This will also mean yet another GST slab.
How the Government reacts to these challenges will be key. The effectiveness of the PLI schemes and Gati Shakti, the spend on infrastructure will determine how quickly the economy gets revitalised. Cutting excise duty on petroleum products is a measure which should reduce inflation across sectors -but will hurt revenues.
All in all, we have challenging times ahead. We will have to manoeuvre the path ahead carefully. The dangers of not doing so are grave.
-- The author is chairman (retired) of the Central Board of Indirect Taxes and Customs. Read his other pieces here.
(Edited by : Priyanka Deshpande)
Check out our in-depth Market Coverage, Business News & get real-time Stock Market Updates on CNBC-TV18. Also, Watch our channels CNBC-TV18, CNBC Awaaz and CNBC Bajar Live on-the-go!