All eyes are now on the September US inflation data which according to forex factory, is expected to cool off slightly from the last reading of 8.3 percent but still stay uncomfortably above the 8 percent mark when compared to the same period previous year.

The global markets have been under pressure with the Dow Jones down almost 10 percent in the past month and the Nasdaq correcting 15 percent in the same period. The International Monetary Fund has warned that 2023 for many might feel like a recession as central banks across the globe try and fight rising inflation woes.

Recession fears are weighing on markets as stubbornly hot inflation leads consumers to temper their spending and the Federal Reserve and other central banks to raise interest rates, slowing economic activity.
The International Monetary Fund on Tuesday cut its forecast for global economic growth in 2023 to 2.7 percent, down from July's estimate of 2.9 percent. It said Europe faces a high risk of a recession with energy costs soaring amid Russia's invasion of Ukraine.
All eyes are now on the September US inflation data which according to forex factory, is expected to cool off slightly from the last reading of 8.3 percent but still stay uncomfortably above the 8 percent mark when compared to the same period previous year. 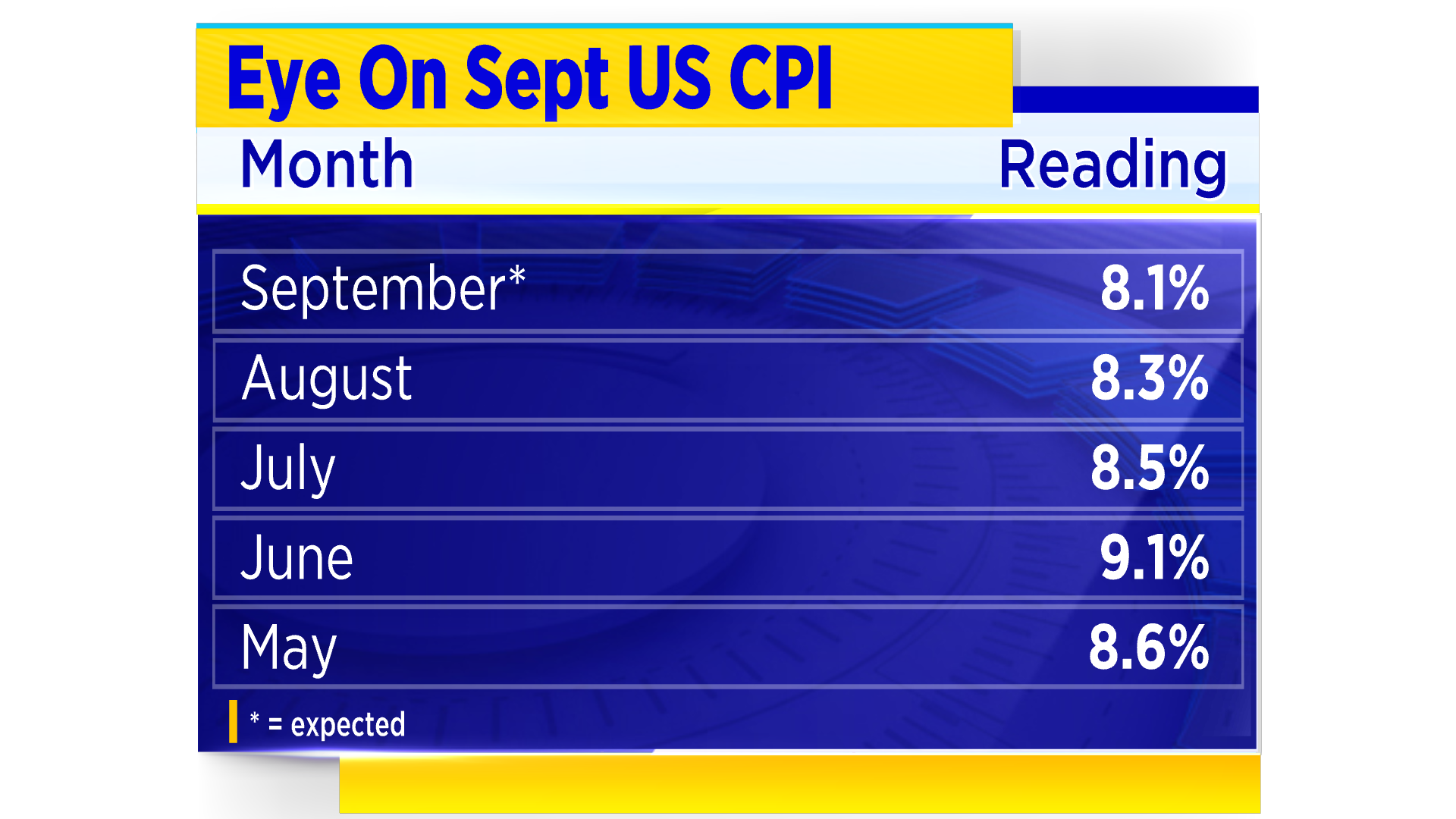 According to Dean Kim, Head of Global Research Product at William O'Neil, high inflation will prompt the US Fed to continue raising its lending rates which in turn will put more pressure on the markets.
"We are looking forward to Producer Price Index (PPI) numbers coming out on October 12 and Consumer Price Index (CPI) numbers on Thursday. And if they come in higher than expected, the Fed is going to stay the course and continue to raise rates, which is going to put further pressure on the market as well,” he said.
The market is closely watching the Federal Reserve as it continues to aggressively raise its benchmark interest rate to make borrowing more expensive, a strategy that carries the risk of slowing the U.S. economy too much and pushing it into a recession.
Nasdaq, the Wall Street index which tracks IT firms, is expected to see a sharp correction going ahead too.
“We are looking at another 6 percent lower in terms of next-level support at around 9,800 and that is going to take us to 40 percent of a high,” Kim said.
India in a sweet spot
According to him, the Indian market has been resilient as a lot of good things are baked into the fundamentals.
“Fundamentals for India are strong, gross domestic product (GDP) growth still outpacing the rest of the world at around 6 percent; lower inflation relative to the rest of Asia as well as very strong middle-class income coming up and that is why we continue to love it,” said Kim.
Also Read: Bank of England intervenes again to restore UK's chaotic bond market
For the entire interview, watch the accompanying video
Also, catch all the live updates on markets with CNBC-TV18.com's blog
(Edited by : Abhishek Jha)
Check out our in-depth Market Coverage, Business News & get real-time Stock Market Updates on CNBC-TV18. Also, Watch our channels CNBC-TV18, CNBC Awaaz and CNBC Bajar Live on-the-go!
Tags