As US Fed signals more rate hikes, economists look at how India will fare in 2023

The US Fed raised ley lending rates as expected by 50 basis points and most market watchers do not expect the hiking to be paused immediately. With recession in the US and Europe a possibility, CNBC-TV18 spoke to economists to get a sense of where the global markets might be headed in the first half of 2023 and where is India placed in the equation.

The Federal Reserve, the central bank of the United States, raised lending rates as expected by 50 basis points making it the seventh straight hike in a bid to control high inflation. With this hike, the Federal Open Market Committee (FOMC) has raised its benchmark rate to a 4.25 to 4.5 percent target range. The quantum of the hike, however, was smaller than the 75 basis point hikes seen at the last four FOMC meetings.

Fed chair Jerome Powell said the Federal Reserve is not close to ending its anti-inflation campaign of interest-rate increases as officials signalled borrowing costs will head higher than investors expect next year. 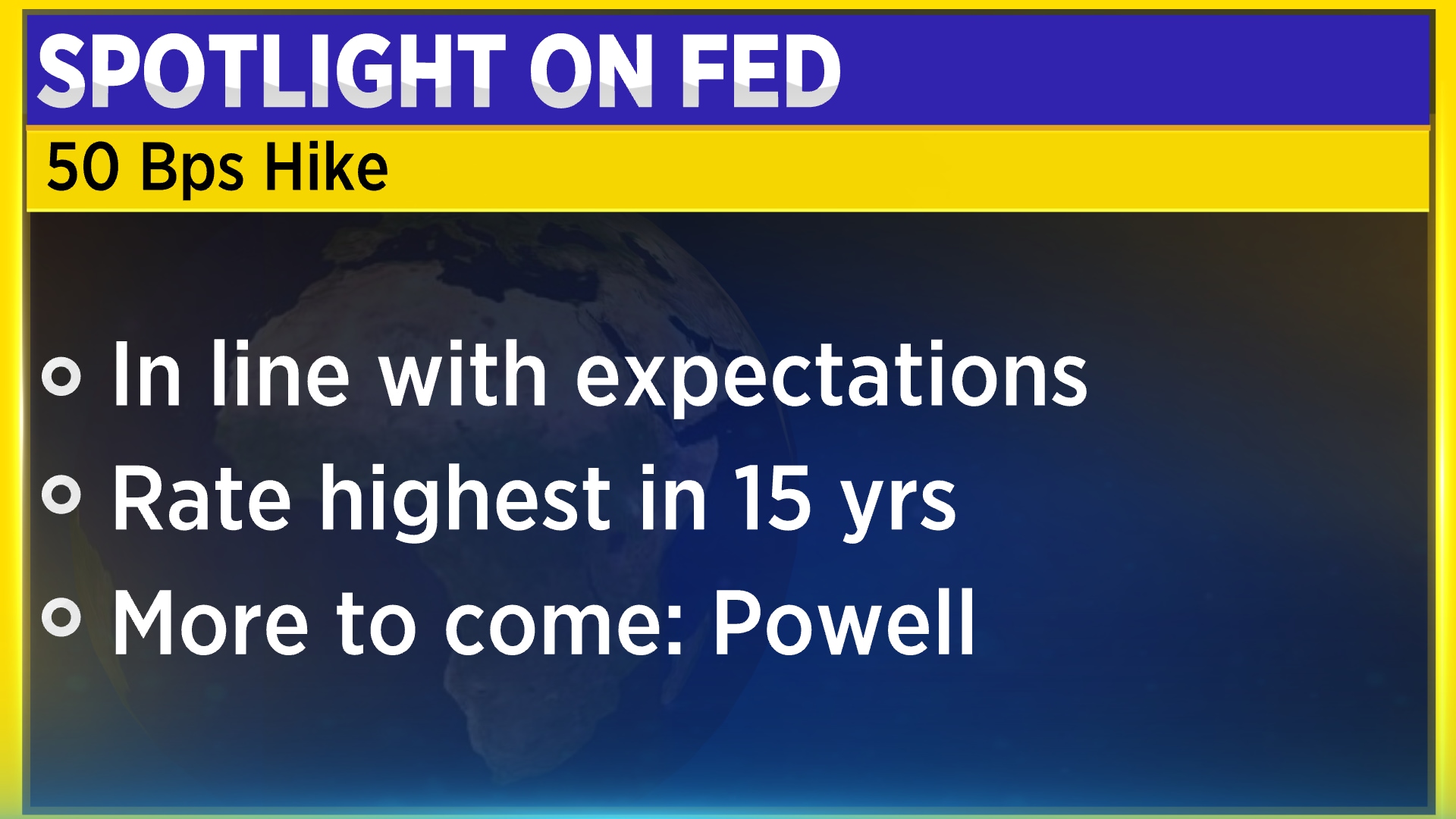 Most market watchers do not expect the Fed to stop hiking rates immediately. Motilal Oswal's head-of-equity strategy, Hemang Jani says that the brokerage believes that the pause will only come in mid-2023.
Also Read: US Federal Reserve raises interest rates by 50 basis points, signals for more hikes
"This move and stance by Fed could trigger a small correction in the Indian market which has been outperforming YTD. We don't see a case for deep correction in our markets given the drop in crude and commodity prices and likely margin expansion for many sectors like cement, consumer, auto and speciality chemicals. Nifty should cross, the 20,000 mark some around Budget i.e. Feb 2023.” he said.
Early 2023 Outlook
Economists expect the start of 2023 to be tough for the western economies. Most concur that Europe will see a recession in some form and that the US will also at least witness a slowdown. Aditya Bhave, Senior US and Global Economist at Bank of America Securities, sees the US economy contracting in 2023.
“The Fed is probably a little bit too optimistic on the trajectory of the economy and the unemployment rate relatedly. We expect a recession next year, we think it probably starts in the first half, but there is a risk that it will get pushed off in the second half. At any rate, it's not going to be quite as soft landing as what the Fed is expecting,” he said.
How will the RBI react?
The key question now is how will the Reserve Bank of India (RBI) react to this hike by the US Fed. Jahangir Aziz, the head of emerging markets economics research at JPMorgan believes that India's central bank will follow suit with other emerging markets and step down on the hiking pace.
“This is also going to be the case for other emerging market countries, especially in the first quarter of 2023, where you will see disinflation across emerging markets taking place,” Aziz added.
Also Read: RBI lending rate hike — How to reduce interest burden while repaying home loan?
For the entire discussion, watch the accompanying video
Also, catch all the live updates on markets with CNBC-TV18.com's blog
(Edited by : Abhishek Jha)
Check out our in-depth Market Coverage, Business News & get real-time Stock Market Updates on CNBC-TV18. Also, Watch our channels CNBC-TV18, CNBC Awaaz and CNBC Bajar Live on-the-go!