Unemployment rate jumped to a 4-year high of 3.9% during demonetisation: report

Unemployment rate jumped to a 4-year high of 3.9% during demonetisation: report 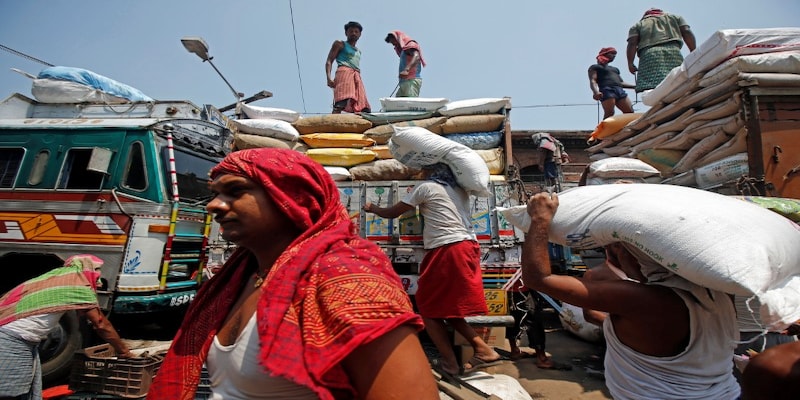 The unemployment rate rose to a four-year high of 3.9 percent in 2016-17, when demonetisation was announced by Prime Minister Narendra Modi, Business Standard reported on Friday.

The unemployment rate rose to a four-year high of 3.9 percent in 2016-17, when demonetisation was announced by Prime Minister Narendra Modi, Business Standard reported on Friday.

According to the Sixth Annual Employment-Unemployment Survey reviewed by Business Standard, the unemployment rate was at 3.7 percent in 2015-16 and 3.4 percent in 2013-14. The unemployment rate refers to the proportion of the labour force available for work but unable to get a job.
Women continued to exit the workforce, especially in rural areas, but the Labour Force Participation Rate (LFPR), a proportion of working age population working or seeking jobs, went up to 76.8 percent in 2016-17 from 75.5 percent in 2015-16, the report said.
Union labour minister Santosh Kumar Gangwar approved the survey report in December 2018 but, withheld it from viewing, sources privy to the information told Business Standard, adding that the government may release the findings when results of surveys on employment conducted by the NSSO are made public.
Have you signed up for Primo, our daily newsletter? It has all the stories and data on the market, business, economy and tech that you need to know.
Check out our in-depth Market Coverage, Business News & get real-time Stock Market Updates on CNBC-TV18. Also, Watch our channels CNBC-TV18, CNBC Awaaz and CNBC Bajar Live on-the-go!