Uber CEO Dara Khosrowshahi: What scares me the most is how much the company depends on me

Uber CEO Dara Khosrowshahi: What scares me the most is how much the company depends on me 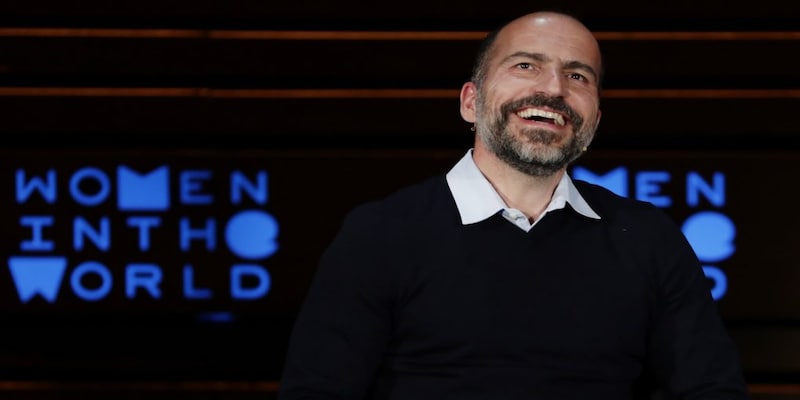 Uber CEO Dara Khosrowshahi says the company is too dependent on him.

And that makes him nervous.
At the Code Conference in Rancho Palos Verdes, Calif., on May 30, Recode's Kara Swisher asked the tech executive, "What's the thing that scares you the most, right now, as CEO?"
"What scares me the most is that the company's too dependent on me making decisions," Khosrowshahi responded.
"When a decision has to come to me, it's a failure, because then the team doesn't know what to do," the CEO says.
Khosrowshahi took over the role of Uber CEO in August 2017, replacing controversial founder Travis Kalanick. Prior to becoming the CEO of Uber, Khosrowshahi was the CEO of travel website Expedia, a position he'd held since 2005.
As of 2017, Uber had over 16,000 employees, according to the San Francisco-based company's website.
Khosrowshahi says he has been overly focused on getting tasks accomplished and hasn't yet invested enough time in developing Uber's leadership.
"I haven't spent enough time on kind of putting my team together," Khosrowshahi says. "I've spent a little too much time doing," he says.
Indeed, Khosrowshahi took over as the CEO of Uber with a lot to do.
In particular, the culture of the rapidly-growing tech company was toxic and had come under intense scrutiny. Khosrowshahi recently starred in a series of national commercials for Uber to help improve the company's reputation and, likely, its market share, according to CNBC. Khosrowshahi also told CNBC Uber is on track to go public in late 2019.
But ultimately, Khosrowshahi aims to empower his team to operate independently.
"I gotta get the team," Khosrowshahi tells Swisher, "and that team has to get aligned so hopefully they can just fly without me."
Source: Make It, CNBC.com.
Check out our in-depth Market Coverage, Business News & get real-time Stock Market Updates on CNBC-TV18. Also, Watch our channels CNBC-TV18, CNBC Awaaz and CNBC Bajar Live on-the-go!