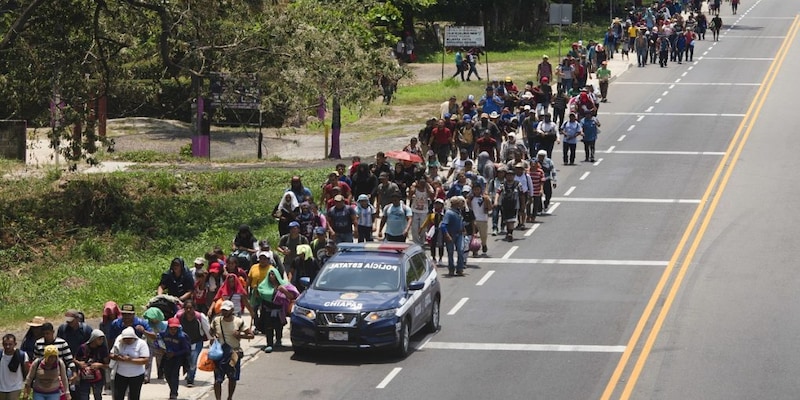 Trump's move dramatically escalates his battle to control a wave of tens of thousands of asylum seekers, including many Central American families fleeing poverty and violence, that has swelled alongside his promises to make it harder to get US refuge and his efforts to build a wall on the Mexican border.

US President Donald Trump, responding to a surge of illegal immigrants across the southern border, vowed on Thursday to impose a tariff on all goods coming from Mexico, starting at 5 percent and ratcheting much higher until the flow of people ceases.