Updated : April 04, 2019 04:48 PM IST
Indian scientists have begun tracking Kaziranga National Park’s behaviour as a carbon sink and source, in a long-term pan-India research project.
The Park, which is flooded annually by the Brahmaputra, is essentially a carbon see-saw with waterlogging playing a key role in carbon book keeping during the monsoon months, researchers said.
The forest ecosystem fluctuates from a carbon source to sink during the course of the year with the change in seasons mirroring temperature and rainfall variations.

Amid the ongoing global discourse on the interplay between carbon dioxide and tropical rainforests, Indian scientists have begun tracking Kaziranga National Park’s behaviour as a carbon sink and source, in a long-term, pan-India research project.

According to research carried out as part of the ‘Metflux India’ project by the Indian Institute of Tropical Meteorology (IITM), Pune, the forest ecosystem shows a see-saw effect: it fluctuates from being a carbon source to sink during the course of the year with the change in seasons.

In 2016, when Kaziranga National Park (KNP) in Assam, was hit by the ‘worst flood in a decade’, the forest ecosystem squirrelled away a “moderate” amount of carbon dioxide, a study conducted as part of the project, has said.

Researchers said waterlogging during monsoons have a key role to play in shaping up Kaziranga National Park’s capacity to be a carbon source and sink.

“Forests are known to be carbon sinks but there is wide variation in their behaviour. And tropical forests are also known to be natural emitters of heat-trapping carbon emissions,” said study author and IITM scientist Supriyo Chakraborty. The ‘Metflux India’ project seeks to understand the source or sink nature of Indian forest ecosystems through installations of flux towers that measure the amount of gas  – such as water vapour and carbon dioxide – and energy flux exchanged between the atmosphere and terrestrial ecosystems.

“From the analysis of preliminary data (of the year 2016), we can say that the KNP ecosystem is almost neutral in its carbon book-keeping. It is acting as a marginal sink as also a marginal source,” Chakraborty told Mongabay-India.

Data from June 2015 to July 2016, on the other hand, revealed the possibility of a “large amount of carbon sequestration” on an annual scale in KNP. The researchers are now analysing data for the subsequent years including for 2017 which is believed to have brought the worst flood in 30 years to Kaziranga.

Home to the world’s largest population of greater one-horned rhinoceroses (Rhinoceros unicornis), the 858 square km protected area comprising grasslands, floodplains and waterbodies, is flooded annually by the Brahmaputra which borders the northern fringe of the park.

In 2016, over 200 animals, including 17 rhinos perished as the Brahmaputra burst its banks and inundated the park. The annual floods feed the wetlands and allow the grasslands, which cover 60 percent of the park, to flourish.

The study describes the forest as a “moderate sink” of carbon dioxide in 2016 based on the annual net ecosystem productivity which is estimated to be 92.93-gram carbon per unit area (square Mt) per year.

Collaborator and study co-author Dipankar Sarma of Tezpur University stressed the carbon budget would vary from year to year and only analysis of long-term data generated by the flux tower, set up in 2014, could offer more conclusive insights.

The 50-metre high flux tower and other meteorological sensors installed in the Kaziranga site are being monitored and maintained by the university which is about 60 km away from the research site.

The tower is not located in the grasslands but amid a stand of trees overlooking a canopy of gamhar (Gmelina arborea), rosewood (Dalbergia sissoo), kamala (Mallotus repandus), guava (Psidium guajava) and other trees.

“Parameters such as rainfall and temperature vary year to year and so the carbon nature of the forest changes. Our study has limitations because waterlogging disrupts data collection and we are not incorporating grassland habitats and methane fluxes,” Sarma said. A flux tower at the Kaziranga research site. Photo by Dipankar Sarma.

Kaziranga stores more carbon in premonsoon than in peak monsoon

Preliminary analysis revealed that in February and March 2016, the forest acted as a net carbon source while from April to June the ecosystem became a sink. And the ecosystem captures more carbon during the pre-monsoon than the peak monsoon period, said Chakraborty.

“The month of February in the Kaziranga is relatively dry, but the area starts receiving a good amount of rain during the months of March and April. During this time the moisture source is not from the ocean (which happens to be the source during the monsoon season) but it comes mainly from the land area due to evapotranspiration process,” explained Chakraborty.

This initial rain and the accompanying warmth allow the vegetation to grow fast.

Stagnated water during monsoon impacted the monthly variation of ecosystem respiration (a mechanism of carbon dioxide release), the study said.

From the beginning of the monsoon season in June to August 2016, ecosystem respiration was reduced, which was perhaps caused by water stagnation in the site, pointed out Sarma.

“Waterlogging reduced respiration rates from the soil (autotrophic and heterotrophic) and other herbaceous plants in addition to reduced root respiration,” Sarma said.

However, the forests sequester “very low” amount of carbon in the winter season, which is in sharp contrast to most of the ecosystems in India (for example central India, southern India) where the winter season traps more carbon, said Chakraborty.

Sarma underscored quantifying carbon flows could help add nuance to policies on the expansion of protected forested area and curbing forest degradation because these factors, in turn, impact whether the forests spew out more carbon than they can absorb. Adult rhinos with a calf at a highland during the flood at Kaziranga National Park in Bagori range of Nagaon district of Assam, India. Photo by Diganta Talukdar/Wikimedia Commons.

Recent studies have bolstered a growing consensus that tropical forests are drying out or being cleared, burned and logged so fast that they now emit a lot more carbon than they suck in.

As for tropical forests, around 50 percent of the carbon is stored in the biomass and 50 percent in the soil, according to IPCC, 2000.

The big build up of carbon dioxide in the global atmosphere has a “fertilising effect” on photosynthesis and plant growth. And in recent decades enhanced plant productivity has been attributed to this carbon fertilisation and greater biomass in tropical forests could represent a “substantial sink” for carbon in the future.

Once these carbon-fertilised leaves die out and fall off, they add to the pile of leaf litter on the forest floor and are eventually attacked by soil microorganisms. As these microbes decompose the dead plant matter, the carbon that was initially sequestered is released back into the atmosphere.

Even the rate of increase of soil organic matter (SOM) decomposition may tilt an ecosystem from sink to source.

S.K. Tripathi of Mizoram University who works on ecosystem ecology and carbon sequestration and was not associated with the Metflux India study, said in waterlogged conditions microbial decomposition gets slowed down and released of carbon dioxide from the inundated area to the atmosphere decreases because of reduced microbial activity.

Tripathi emphasised such long-term research sites need to be expanded to a range of sites including agroforestry plots.

In Mizoram, Tripathi has approached the state forest department with a proposal for establishing 8-10 permanent one-hectare area plots in reserved forests/ protected areas/community reserved forest, spanning every district of the state for long-term research to generate reliable data.

“Also, it will complement developing a national ecological observatory network in an area where either no such research work has been undertaken or poorly coordinated long-term research is in progress,” Tripathi told Mongabay-India. 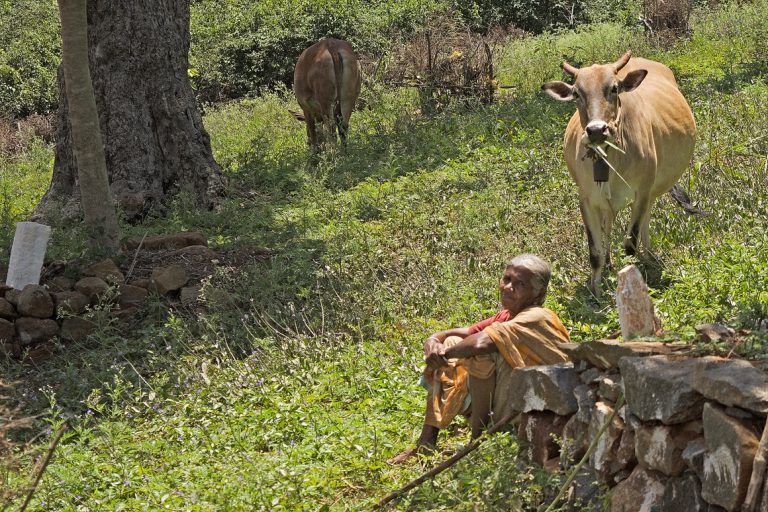