The problem with the allocation for education in Union Budget

The problem with the allocation for education in Union Budget 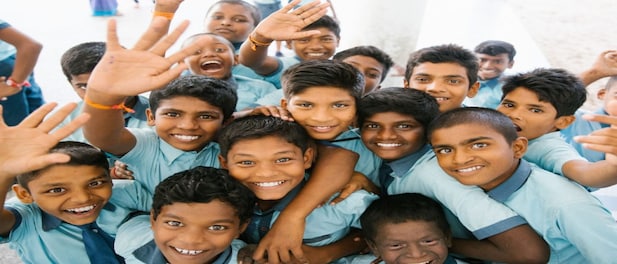 The apportion for the education sector announced in the budget does little to move the needle.

“By 2030, India is set to have the largest working-age population in the world. Not only do they need literacy but they need both job and life skills,” said finance minister Nirmala Sitharaman in her budget speech on Saturday. Soon after, she said the government has earmarked Rs 99,300 crore for the education sector.

At first blush, apportion of this kind of money underscores the government’s seriousness about quality education. It increased funds for the sector by 5 percent from a year ago.
Government think-tank NITI Aayog’s CEO Amitabh Kant said that it’s not possible for India to grow over a long period of time and create jobs without a massive focus on nutrition, health and education.“Learning outcomes must improve radically... getting better quality teachers is critical,” he said at CNBC-TV18’s townhall with budget architects.
From the total kitty for education, Rs 3,000 crore has been set aside to develop the skills of Indians. Again, this is an acknowledgement that the most effective route for employment generation is education.
Remember, the government’s efforts to make India a manufacturing and export hub through the Make in India initiative has been hobbled by a severe shortage of skilled workers. Decades of neglect in education and training have left scores of industries with a deficit of skilled labourers.
“The specific recognition of skill development will reduce the gap between education and employability, which is likely to create a multiplier effect on India's GDP,” said Nitish Jain, President, SP Jain School of Global Management.
Now, urban local bodies will provide one-year internships to engineers and a so-called Project Preparation Facility for infrastructure projects will recruit young engineers and management graduates.
So far so good.
Reading the fine print
But the devil is in the detail. The allocation to education in the government’s total spending has actually shrunk to 3.3 percent (budgeted estimate) this year from 3.5 percent a year ago.
Compare this to an Organisation for Economic Co-operation and Development (OECD) country. Members of this grouping of nations — mostly developed ones from Europe — spend an average of 4.5 percent. Not only has this kind of allocation fostered growth, but it has also spurred employment, studies show.
Dr Akhil Shahani of The Shahani Group that manages Thadomal Shahani Centre For Management said considering the urgent need for reaping India’s demographic dividend, the government should have at least allocated 5 percent of budgetary expenditure for improving our education system.
That apart, turns out that the government itself hasn't provided more funds. Instead, it has proposed exploring the channels of external commercial borrowing (ECB) and FDI by education institutions, said the finance minister.
Independent, non-profit think-tank CBGA (Centre for Budget and Governance Accountability) is not pleased with this approach.  “The education budget has got its priorities wrong,” said Protiva Kundu of CBGA. Its budget analysis report said the draft National Education Policy emphasised the need for higher public investment and called for doubling the government's spending over 10 years.
Yet, ECB and FDI routes have been preferred over public investment. This is not the right approach, according to experts and the government’s own findings.
The draft National Education Policy (NEP, 2019) emphasised the need for higher public investment, calling for doubling the government’s spending over 10 years.  The government has taken the eye off education in terms of investments compared with other developing states such as Sri Lanka and China, say experts.
It is alright to propose ECB and FDI routes to raise money to invest in education, but this should have been in addition to public investment, they said. If the government does not mention public investment, which has been recommended by the draft national education policy, it means it doesn’t consider education to be as important as the other sectors that get public investment, said Kundu.
At the CNBC-TV18 townhall, Kant said the government has done a lot of delegation on higher education. “All universities which have a score above 3.5 by UGC (University Grants Commission) have got complete autonomy to hire teachers. In due course, we should be able to get some outstanding colleges and universities.”
But what about school education?
The budget speech made no mention of the Right To Education (RTE). “The SMSA (Samagra Shiksha Abhiyan) Scheme for school children has remained underfunded. According to the Parliamentary Standing Committee report, the ministry of finance had approved an outlay of Rs 34,000 crore in 2018-19 and Rs 41,000 crore in 2019-20 for SMSA. However, in 2018-19, the Budget allocated a total of Rs 30,892 crore and Rs 36,322 crore in 2019-20,” said CBGA’s Kundu.
This year, a third of the SMSA budget will be financed through the education cess, collected as part of direct taxes.
Experts are concerned by two aspects here. One, the government’s direct tax collections are hardly kosher. Two, the poor record in using the cess. A Standing Committee report showed that of the Primary Education cess collected from 2004-05 to 2016-17, 6.8 percent was unspent, according to the latest figures available.
If the government is indeed committed to achieving its goals for ‘Aspirational India’, it will have to move education higher up on its priority list. ‘Education and skills’ deserve a higher share — and priority — in the government’s expenditure.
Check out our in-depth Market Coverage, Business News & get real-time Stock Market Updates on CNBC-TV18. Also, Watch our channels CNBC-TV18, CNBC Awaaz and CNBC Bajar Live on-the-go!