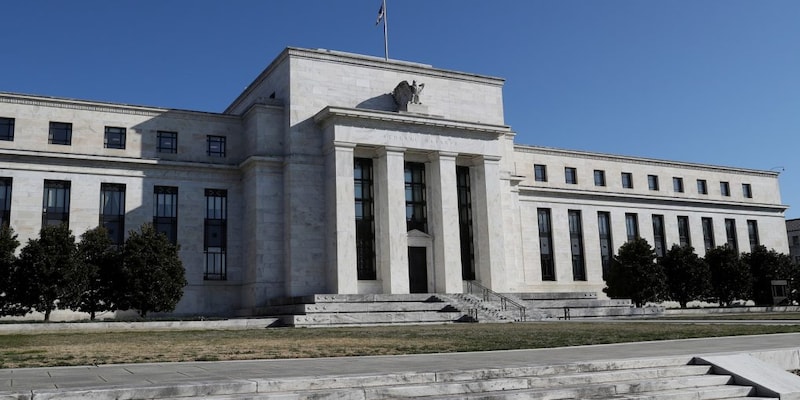 The Federal Reserve, the central bank of the US, will be soon meeting again to make its decision on whether to change interest rates and if so then by how much. The Federal Open Market Committee (FOMC) is scheduled to meet on March 15-16, 2022, and the meeting is going to be watched by central bankers, investors, economists and more.

Here's what we can expect from the meeting:
While the Fed’s policy of economic and fiscal stimulus kept the US economy running during the COVID-19 pandemic, it also inevitably resulted in inflationary pressure due to demand-pull inflation. Though the low-interest rates stimulated a greater economic recovery, they have set the stage for a more aggressive stance from the Fed to tackle the resultant inflation.
The expected tactic in such a situation would be to aggressively hike key interest rates over the next year to bring inflation to manageable levels, which is what many experts had been predicting.
Also Read: Amazon-Future-RIL saga: US retailer launches fresh attack
But Russia’s invasion of Ukraine has thrown a wrench into the spanner. The US has imposed several sanctions on Russia as a result of the invasion, which along with the conflict itself has contributed to higher crude oil prices. While the price of crude has once again settled to $100 a barrel from previous highs, this price is still an additional constraint on American consumers. The increase in prices of other goods, raw materials and items can also pose a threat to America’s economic recovery.
"It’s really been a series of negative shocks, that are completely outside of their control, that have complicated their job,” said Stephanie Aaronson, director of the Economic Studies program at the Brookings Institution, told the Washington Post.
Now the Feds have to walk the delicate tightrope between being too aggressive or nor being aggressive enough on inflation.
Despite this, the Fed is still expected to go through with a 25 bp hike in interest rates. But what comes after that is not so certain. The Fed’s comments will set the stage for what the market expects in the coming months.
Also Read: “Deceptive ‘adjustments’ to earnings”; Warren Buffet’s “polite description” for reason behind recent valuations
"The ’25′ is a given. What matters most is what comes after. A lot can happen between now and the end of the year. The uncertainty is super high. The trade-offs have worsened considerably,” said Simona Mocuta, chief economist at State Street Global Advisors, to CNBC.
Also Read: All you need to know about US Prez Joe Biden’s crypto executive order
Additionally, the Fed will also reveal its new Summary of Economic Projections (SEP), “a table updated quarterly that also includes rough estimates for unemployment, gross domestic product and inflation," reported CNBC.
Finally, the Fed is also expected to discuss what its future trajectory will be with its bond holdings that it has acquired through bond purchases. The bond-buying program, which is a part of the quantitative easing policy, is expected to wind down this month but the Fed is expected to lay out the guidance of how it will be undertaking quantitative tightening.
Fed Chairperson, Jeremy Powell’s Q&A with the press is also expected to affect markets as well as has been the case in previous meetings. Powell’s statements will set the sentiment for the markets in the coming months as the Fed’s policy decisions will only be reflected over the next three to six months in the market.
(Edited by : Jomy Jos Pullokaran)
Check out our in-depth Market Coverage, Business News & get real-time Stock Market Updates on CNBC-TV18. Also, Watch our channels CNBC-TV18, CNBC Awaaz and CNBC Bajar Live on-the-go!