Updated : May 30, 2019 08:37 AM IST
The agricultural sector is the world’s largest source of non-CO2 greenhouse gas emissions such as methane and nitrous oxide, both of which contribute significantly to climate change.
Methane emission from paddy fields in India declined marginally between 1980 and 2015. However, the lopsided use of nitrogen-based fertilisers has led to an increase in nitrous oxide emission, thereby contributing to the overall rise in non-carbon dioxide emissions from cropland-based agricultural activities.
The increase in nitrous oxide emission can be clearly attributed to the link between fertiliser pricing policy and disproportionate use of nitrogen-based fertiliser, finds a study.

The agricultural sector is the world’s largest source of non-CO2 greenhouse gas emissions such as methane and nitrous oxide, both of which contribute significantly to climate change.

Cropland-based agricultural activities account for 24.17 percent of India’s total methane and 95.84 percent of the total nitrous oxide emission from the agricultural sector.

In 2010, India adopted the National Mission for Sustainable Agriculture as one of the eight missions listed under National Action Plan on Climate Change (NAPCC). One of the objectives of the mission is to reduce agricultural greenhouse gas emission.

While methane emission from paddy cultivation has shown a slow and slight decline, the lopsided use of nitrogen-based fertiliser in India has released more and more of nitrous oxide (N2O) into the atmosphere in the past three decades, a study has found.

The research by Jadavpur University, Kolkata and Thailand’s Asian Institute of Technology scientists reveals that “nitrous oxide emission from nitrogen-fertiliser use increases by around 358 percent, growing at a “statistically significant rate of 5100 tonnes per year” from 1980-1981 to 2014-2015.

The total non-carbon dioxide emission from cropland-based agricultural activities, mainly due to nitrous oxide, has gone up by approximately 49 percent in the past three decades, according to the analysis authored by Shreya Some, Joyashree Roy and Arpita Ghose.

“The marginal decline (a rate of 200 tonnes per year) in methane emission is mainly due to a switch to less water-intensive paddy cultivation under flooded land conditions. Irrigation facilities have also improved, coupled with technological advances,” Joyashree Roy told Mongabay-India.

The rise in non-CO2 emission from increasing use of nitrogen-based fertiliser could be clearly attributed to the link between fertiliser pricing policy and disproportionately higher use of N-fertiliser going beyond officially prescribed ratios, the authors write in the study.

Nitrous oxide emission from agricultural soil is due to the natural biochemical process in the nitrogen cycle. Application of nitrogen-based fertilisers stimulates microbes in the soil to convert nitrogen to nitrous oxide at a faster rate than normal. So, controlling N-fertiliser use can help in the reduction of N2O emission. An Indian farmer spreading fertiliser over a crop. Photo by Kiran Kumar from Bangalore, India/Wikimedia Commons.

“We were curious to understand that although there is the whole scientific concept of optimum use of NPK and the prescribed ratio for balanced use then why are farmers not following that and why do we observe swings in nitrogen-based fertiliser use during the period,” she said.

Roy pointed out whenever the price for nitrogen-based fertiliser has gone down, farmers deployed more of it and vice versa.

“We found that the years in which the fertiliser policy and relative prices changed, the farmers reacted immediately to the market prices and changed their behaviour in using more amount of the cheaper fertiliser,” explained Roy.

According to the study: “The years of fertiliser price reforms which made N-fertiliser relatively cheaper than P and K, use of a higher proportion of N-fertiliser by farmers could be detected very clearly.”

For instance, in 2010, India announced the nutrient-based subsidy (NBS) policy to ensure application of fertilisers in a balanced way and control the falling marginal productivity of fertiliser.

“Under this, two major changes took place. First, a fixed rate of subsidy was given to the farmers based on the nutrient content of the fertiliser used and second, the Maximum Retail Price (MRP) on P and K fertilisers were decontrolled and fertiliser manufacturers were allowed to fix the MRP at reasonable rates.”

This has a very strong policy-relevant message for rationalising fertiliser pricing policy that can be designed to incentivise farmers towards the use of the officially prescribed science-based ratio of various fertiliser types.

“So fertiliser policy interventions have played a very important role in driving farmers’ behaviour towards fertiliser use which means that policy processes need to match with the NPK balance prescribed so farmers apply in right proportions as per prescribed standards. This would have mitigating effects on emissions and soil health,” Roy said.

The findings are relevant to key global policy processes.

To be consistent with the Paris agreement of global warming of 1.5 degree Celsius above pre-industrial level there is a need for accelerated mitigation actions. The agricultural sector contributes 10 percent of the global direct GHG emission.

Indian agriculture contributes seven percent of the global emission from the agricultural sector. To explore mitigation options from Indian cropland based agriculture, comprehensive understanding of the past emissions from this sector and drivers of change are necessary.

“If you look at the IPCC 2018 report, it stresses that total emission comes down as fast as possible in alignment with the Paris agreement. You can’t do justice to the amount of reduction in the short period of time if you only consider carbon dioxide emissions. You have to also look at non-carbon dioxide emissions,” Roy said.

Although the component is not large compared to CO2, it is also not negligible.

“Non-carbon dioxide emissions are under research and we really need to find out what are the ways and means to mitigate them. The bottom line is we have to simultaneously try to reduce emissions in all possible ways and from all possible sources. No potential should be left out,” Roy added. 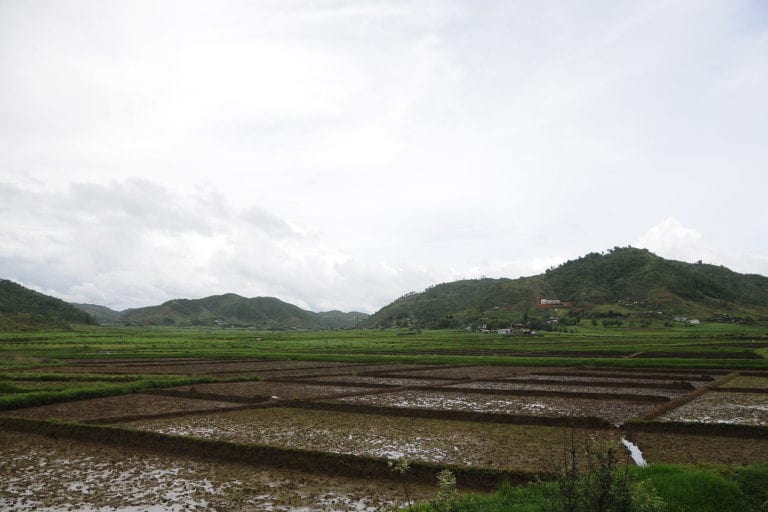