States doling out needless subsidies are on brink of fiscal collapse, warns report

States doling out needless subsidies are on brink of fiscal collapse, warns report 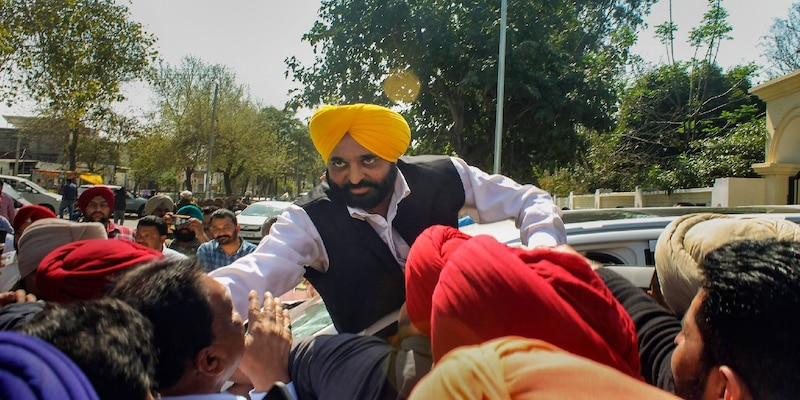 The growing culture of doling out subsidies ahead of elections has lately been a topic of public discussion, with NK Singh, chairman of the 15th Finance Commission, publicly speaking against it, highlighting the fiscal unsustainability of these freebies.

Warning states against their competitive subsidies, research agency India Ratings has said five states — led by Punjab — are on the brink of a deep fiscal crisis as their subsidies are much higher than sustainable levels in terms of a percentage of GSDP. The other top states with a very high level of subsidy burdens between 2018-19 and 2021-22 are Chhattisgarh, Rajasthan, Karnataka and Bihar.

The agency admits that subsidies by definition are not bad or unwarranted. For example, the subsidy given to basic education has significant positive externalities and is merit-based but most subsidies are non-merit subsidies. While merit subsidies are desirable, non-merit subsidies are not. What is worrisome is that most states, which also include Delhi, tend to fund subsidies, which are mostly non-merit ones, by compressing the capex, due to competitive politics, Devendra Pant, chief economist and head of public finance at the agency, said.
Also read: Government to import over 5 lakh tonnes of soymeal to bail out poultry industry
The growing culture of doling out subsidies ahead of elections has lately been a topic of public discussion, with NK Singh, chairman of the 15th Finance Commission, publicly speaking against it, highlighting the fiscal unsustainability of these freebies.
Punjab ranks second in terms of subsidies given as a percentage of GSDP and eighth in terms of absolute subsidy given during 2019-22 and is also one of the most heavily indebted states with a debt/GSDP ratio of 53.3 per cent in 2021-22.
With the fiscal deficit budgeted at Rs 24,240 crore, which is 4.6 per cent of GSDP, interest burden at Rs 20,320 crore or 3.8 percent of GSDP, and outstanding liabilities at Rs 2.83 lakh crore, Punjab can ill afford more subsidy, according to the report. However, the Aam Admi Party government that came to power last month has made several promises, including free power to every household up to 300 units, Rs 1,000 monthly cash doles to every woman and free medical treatment via Mohalla clinics. All this has Punjab staring at an even larger subsidy bill, it added. The agency expects the free power offer alone will more than double the power subsidy bill, which in 2021-22 stood at Rs 10,621 crore.
Also read: COVID 4th wave will not impact India’s economic growth: Nomura
When it comes to Rajasthan — which does not face assembly polls this year — its subsidy for 2021-22 was budgeted at Rs 18,850 crore with a budgeted fiscal deficit of Rs 47,650 crore or 4 percent of GSDP, interest burden at Rs 28,36 crore or 2.4 percent, and outstanding liability at Rs 4.77 lakh crore or 39.8 percent.
The report also notes that the situation in many other states is equally precarious, based on absolute subsidy or subsidy as a percentage of GSDP.
For instance, Uttar Pradesh's fiscal deficit was budgeted at Rs 90,130 crore or 4.7 percent of GSDP for 2021-22, its interest burden at Rs 43,530 crore (2.3 percent) and outstanding liabilities at Rs 6.53 lakh crore (34.2 percent of GSDP), is now staring at the impact of the poll promises of the new BJP government on the 2022-23 budget. The new promises include free power for irrigation and two free gas cylinders for the poor every year. The two free cooking gas cylinders alone are expected to cost Rs 2,800 crore.
Also read: Capex improves across sectors; investment in manufacturing jumps 210%
However, Chhattisgarh, a relatively new state with limited fiscal capacity, comes in the top five both in terms of the absolute subsidy and subsidy given as a percentage of GSDP, which is intriguing. The spurt in subsidy in the tribal-dominated state took place in 2019-20 when it jumped to Rs 20,330 crore from Rs 8,320 crore in 2018-19. One of the reasons for this abrupt jump is the rollout of the Rajiv Gandhi Kisan Nyay Yojana under which farmers are given input subsidies by direct cash transfers. The other key areas of subsidy are food and civil supplies, free power for farmers, and farm loan waivers.
Although it is difficult to establish a one-to-one correspondence between the subsidy and the capex of a state, fiscal adjustments have mostly been carried out by compressing the capex. Interestingly, the small states along with the northeastern states show a much higher capex as a percentage of GSDP than large and well-off states primarily because of the higher Central assistance to improve the air, rail, road, waterways, telecom, and power connectivity in the region.
On the other hand well-off states such as Maharashtra, Tamil Nadu and Karnataka although rank among the top five in terms of average capex spend during 2019-22, they stand much lower in terms of capex as a percentage of GSDP.
Also read: View | Challenging times ahead for India despite rosy numbers
Check out our in-depth Market Coverage, Business News & get real-time Stock Market Updates on CNBC-TV18. Also, Watch our channels CNBC-TV18, CNBC Awaaz and CNBC Bajar Live on-the-go!