Sorry Radhika Apte fans. In Netflix's Ghoul she is… Meh!

Updated : September 01, 2018 08:27 AM IST
To see her wide-eyed futuristic cop in the new show on Netflix show Ghoul is pathetic.
The makers of Ghoul need to know tropes like the drunk Manav Kaul who’s hankering to talk to his kid, or the cruel Das who messes up gender because she’s Bengali, is really sad.

It’s a whole hour before you get to this point. And a voice in your head has already relegated episode one to be the poor cousin to the Christian Bale film Equilibrium. I facepalmed all through the first episode.

An army unit enters a place where a suspected terrorist is holed up, the team finds everyone dead except one guy who looks like he’s asleep. The captain puts his gun aside and kneels before the guy sitting in the chair to hold his gloved hand under the man’s nose to check if he’s breathing. What?! Where is Radhika Apte? When will she save the world full of stupid men? I’m happy to see the bad guy suddenly hold the captain by his neck. Should have strangled him! 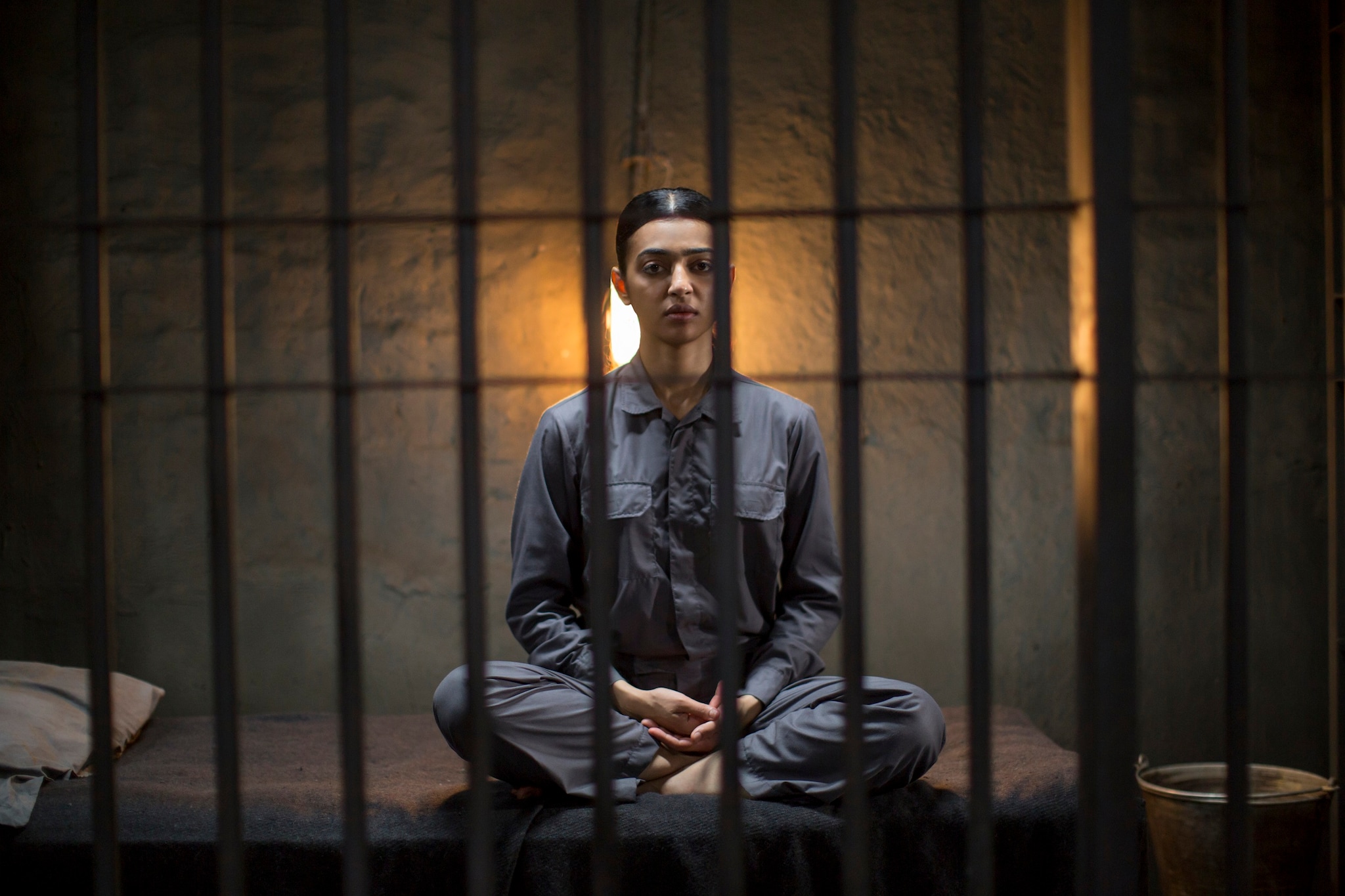 The world as we know, it is now divided into those who love Radhika Apte and those who don’t understand why the other half love her so much. I belong to the group that hated what happened to her character in Sacred Games. And totally loved her in Phobia.

To see her wide-eyed futuristic cop in the new show on Netflix show Ghoul is pathetic. The show has everything that a terrible trope of horror shows. Blood spattered generously, sudden loud sounds, darkening eyes, evil laugh, and of course the sudden change from man to demon. Blah! 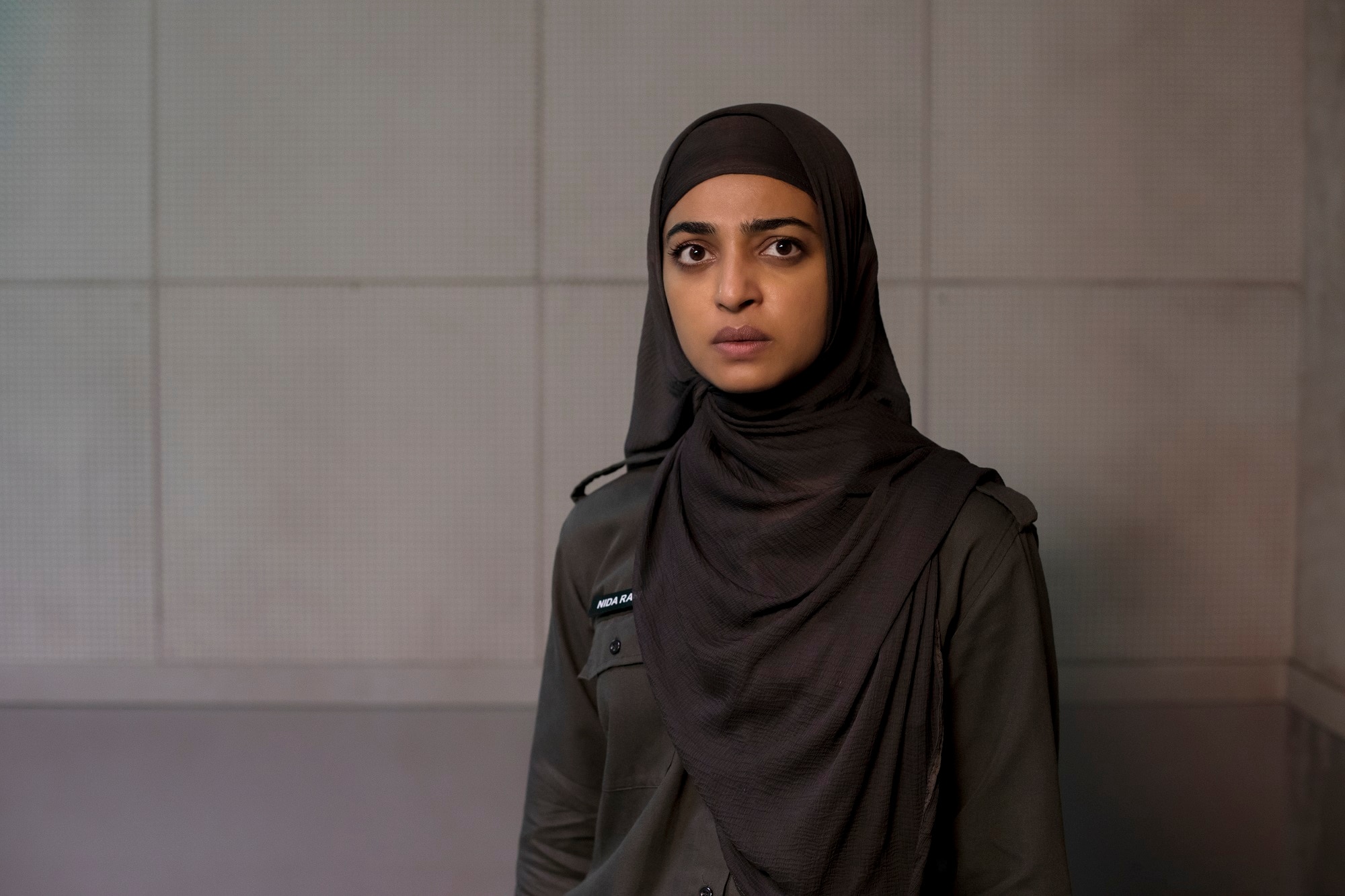 It’s worse than watching that bewitched lemon chase the heroine all over the house in the movie 1920 London. The makers of Ghoul need to know tropes like the drunk Manav Kaul who’s hankering to talk to his kid, or the cruel Das who messes up gender because she’s Bengali, is really sad. And they promise us that prisoners are being tortured by mind-altering music.

You expect the cops to be wearing noise cancellation headphones, but nopes, those loudspeakers are silent… They play only once in the show. Bah! You build an expectation of music as sensory overload just as in The Clockwork Orange and then nothing. Another borrowed idea that simply fizzles out. I’m not even going to ask why the prison is called Meghdoot. Each time the neighbors play Beethoven’s 9th, I walk about my own apartment pretending to be Alex, screaming silently, ‘Turn it off!’

I am the proud owner of twelve Ramsay Brothers movies on the now obsolete vcds. I loved the monsters (chudails, shaitan, bhatakti aatma and plain old rakshas) and the sadhus and priests who could control them. I love the awful makeup of Saamri. I even love the cheesy sets and some amazing Bappi Lahiri music in those films. They’re good because they’re so bad. I also like being so terrified, I have to sleep with the light on. If I fall asleep, I want to wake up having dreamt of Valak. And her emerging from a canvas, casually, but purposefully. Am fed up with creaking doors and sudden loud sounds that surprise you, but don’t scare you. And to see Faulad Singh’s decapitated head is hardly unnerving.

What stays with you is the girl calling out into the dimly lit, dripping corridors,‘Here, kitty, kitty!’ And you know it’s not a little cat that’s waiting around in the blind turn in the corridors. You put a hand over your mouth and try not to scream because the creatures respond to the sound and the heroine is about to step on a nail (A Quiet Place, 2018). The coffee in your hand shakes when the camera casually shows the rocking chair begins to move in the empty Enfield Council house (The Conjuring 2, 2017). It’s unnerving to see the entire town of Winden slowly disintegrate quietly when the kids begin to disappear (Dark, Netflix).

Have you ever sneaked into a theater where scary movies were being shown? I have, and discovered that the owners probably let us kids watch because our screams would scare grownups in the theatre more. I remember sitting in the first row, and watching the story of a little angelic boy (with a super handsome father) who just looked at the nanny and she jumped off the ledge. We tried that with our nanny at home, but it did not work. But my fear of crows (especially the ravens) still remains, a punishment for having watched The Omen years and years ago.

One request to anyone who wants to create scary, gory, creepy, ‘Originals’. Be that. Or adapt Crazy Rich Asians to Crazy Rich Delhi-wallahs, with Radhika Apte.