Signs of revival in capital goods sector after tough Q2

Country’s industrial sector was the bright spot in the Q2 after it reported one of the best quarters in the recent times.

The glitter has caught the eyes of investors and many brokerage firms like Credit Suisse and Morgan Stanley have weighed upon the investment cycle theme.

Credit Suisse said pickup in investment cycle is impressive and unmistakable. Further, the firm said the growth has been very broad based and can see a pick-up in private investment activity. The demand trend was evident in Q2 results as we saw a formidable beat coming in from companies like L&T, Cummins, BEL and ABB, which led to re-rating of some of these stocks. 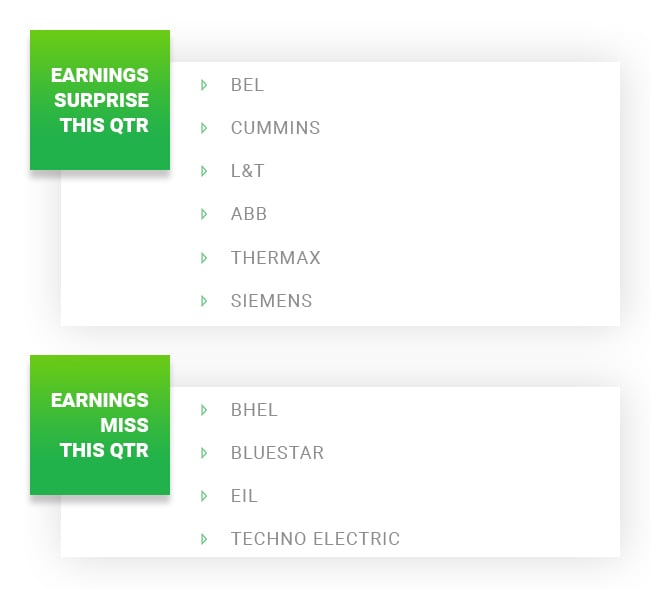 The striking data point of this quarter was the strong revenue growth. The sector average revenue growth stood at 21 percent against analyst estimate of about 12 percent and this was quite broad based. Even sizeable capital goods companies like ABB, Siemens BEL and Cummins were able to report a 30 percent plus revenue growth in Q2. Moreover, the revenue growth has not come at the cost of margins. In sector average, margins improved by 150 bps in Q2 quite ahead of street estimate.

Despite commodity and rupee headwinds, majority of the companies reported margin expansion in Q2 owing to the operational leverage and cost control measures. In fact, the cherry on top is order inflows, which have jumped and commentary is optimistic.

For example, the combined order inflows for Thermax, Siemens, Voltas and ABB have gone up by 34 percent on a YoY (Year over Year) basis, giving the sector strong revenue visibility. While Q2 has definitely instilled some hope of recovery, going forward investors need to keep a close eye on the developing trends.

Coming to infrastructure development, the government is the main spender. India has a GDP target for FY19 at over 7 percent and the Q1 was better than the average at over 8 percent. Growth in Q1 for manufacturing and industry was better than expected, which staged the way for a recovery. 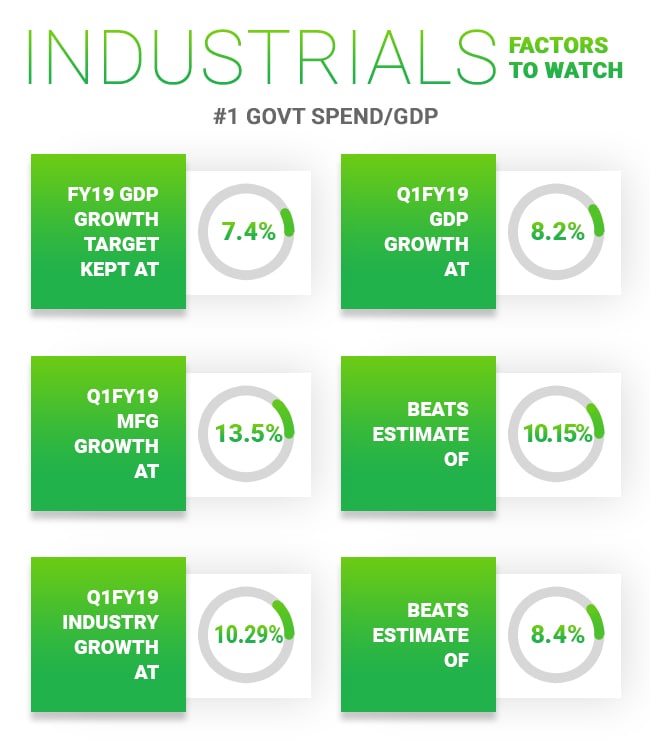 Looking at import data, for example, the capital goods imports grew strongly at 20 percent plus in FY18, which has now further strengthened in 6MFY19 to 26 percent plus. Also, higher imports signal that there is a growing demand for capital goods in the country.

With regard to exports, there is a positive commentary from corporates suggesting that demand issues have bottomed out. 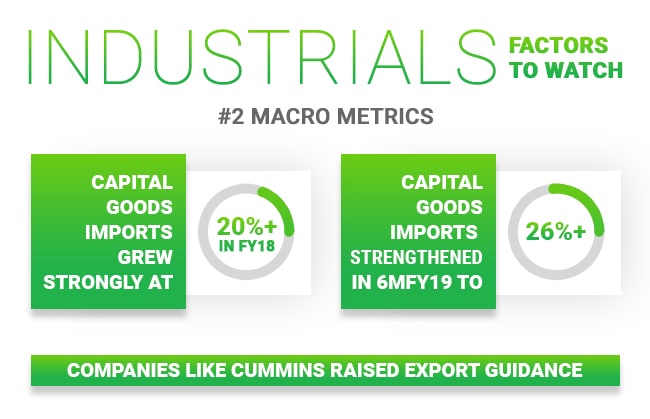 The demand uptick can be judged by looking at how the manufacturers are doing, and the key metric to measure that is capacity utilisation, which has gone up by 150 bps over the last four quarters.

Cummins said it has raised the domestic and export guidance after Q2 and it can raise further in Q3 also. ABB sees levers for sustainable growth in the medium to long term. 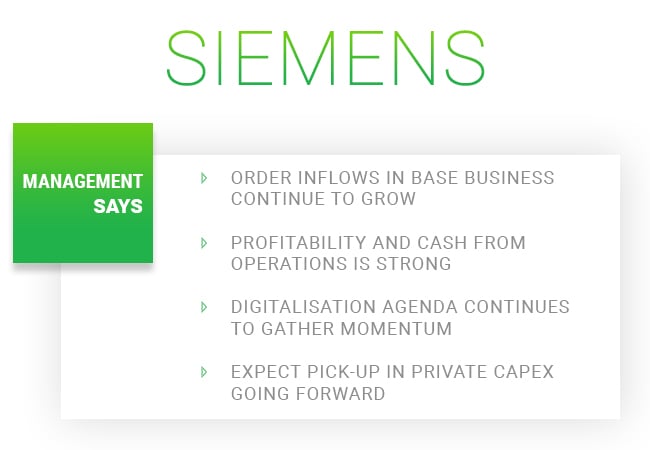 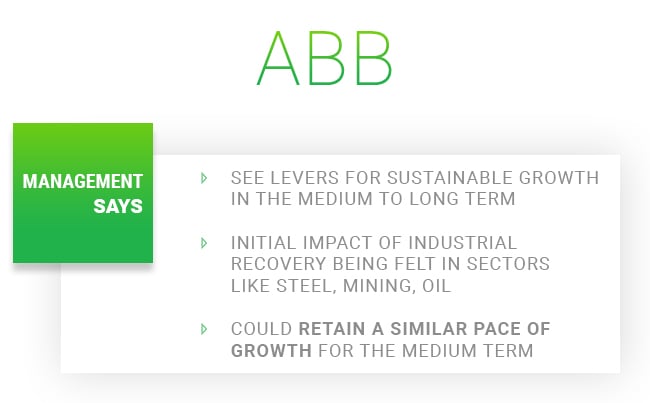 These positive data points were reflected in the analyst brokerage calls. While stocks like Cummins and Siemens have already seen a significant uptick in recent times, beaten down names like CG Power, BEL and BHEL still provide attractive upside.