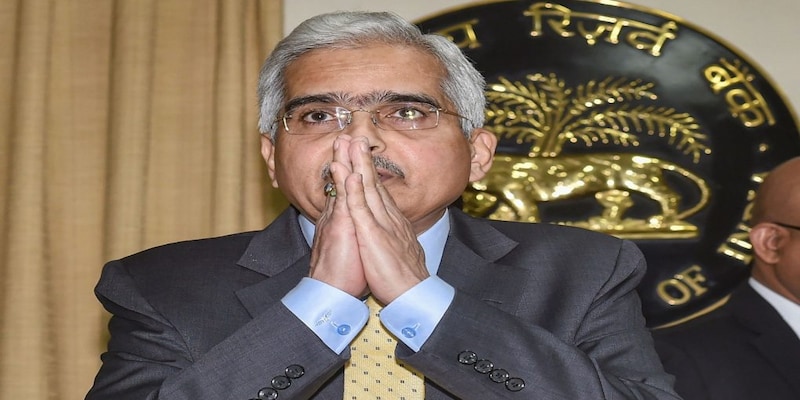 RBI Governor Shaktikanta Das today quoted Gandhi to create hope. But he underlined that the economy faces the gravest threat it has faced in a long time.

Reserve Bank of India Governor Shaktikanta Das today said 'humanity was facing the trial of its time' even as he invoked Mahatma Gandhi by adding that 'in the midst of darkness, light prevails'.

Das' sudden press conference was to announce a series of fresh measures to help the economy recover from the coronavirus-induced lockdown shock, especially non-banking financial companies, farmers, real estate companies and small businesses.
Among the steps the RBI announced were Rs 1 lakh crore of funds for the most sectors, a reverse repo rate cut to incentivise banks to lend, clarity on NPA norms in light of the moratorium it announced on March 27, besides other relaxations.
The steps announced by the central bank, dubbed by some analysts as another 'bazooka' -- the first one on March 27 when it announced liquidity to the extent of Rs 2.7 lakh crore -- however appear sombre in the overall context of the state of the economy.
As the governor himself pointed out, the shock from the COVID-19 lockdown was unlike any the Indian, or indeed the global, economy had seen.
"Since March 27, 2020 when I spoke to you last, the macroeconomic and financial landscape has deteriorated, precipitously in some areas," he said.
He pointed out that according to the IMF, the world is expected to see the worst financial crisis since the Great Depression, far worse than the 2008 financial crisis.
"The IMF’s Economic Counsellor has named it the ‘Great Lockdown’, estimating the cumulative loss to global GDP over 2020 and 2021 at around 9 trillion US dollars – greater than the economies of Japan and Germany, combined. Within this downturn, the projections are replete with even sharper declines in output in various countries," he added.
But he added that India was among the economies that could fare relatively better even as he underlined the size of the economic shock.
According to the IMF, "India is among the handful of countries that is projected to cling on tenuously to positive growth (at 1.9 per cent). In fact, this is the highest growth rate among the G20 economies," Das said.
Yet, as outlined by data on electricity demand, exports shrinkage and services PMI, the economy was undergoing deep stress, he added.
But even as steps announced today came as a lifeline especially for the struggling NBFC sector, which serves as a key provider of capital to small businesses, some experts said there were only so many levers RBI could pull on its own.
"This does not change things drastically," economist and the country's former chief statistician Pronab Sen said. "It only helps businesses survive to the point where restrictions are eased."
The rest, as analysts have pointed out, the government will have to do -- where, it is learnt, the Finance Ministry is readying the next set of measures following its first stimulus package it launched in March.
But for its part, the RBI will continue to take more measures as needed. "Eventually, we shall cure; and we shall endure," Das signed off.
Check out our in-depth Market Coverage, Business News & get real-time Stock Market Updates on CNBC-TV18. Also, Watch our channels CNBC-TV18, CNBC Awaaz and CNBC Bajar Live on-the-go!