Sayu Bhojwani – People like us, leaders for a new America

Updated : October 29, 2018 09:13 AM IST
Sayu Bhojwani’s America is a very different one from that of Donald Trump’s.
Vikas Khanna is the original master of reinvention - cook, chef, cookbook writer and now the author of a novel ‘The Last Color’ and the writer and director of this feature film based on the book.

She herself is an immigrant and her mission is to make sure there is room for all immigrants at America’s table. Sayu Bhojwani’s America is a very different one from that of Donald Trump’s. It is an America where immigrants are central to the story and where the country thrives because of their participation. 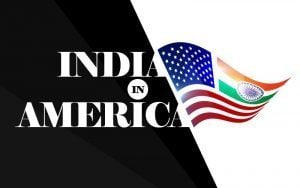 Yet it is an America where power lies in other hands: white men currently make up only 31 percent of the population but they hold 65 percent of the elected positions in state and local government. It is a scenario which needs to be changed and Bhojwani is an activist who is rooting for the immigrants.

Her 2016 TED talk ‘Immigrant Voices Make Democracy Stronger’ was viewed over 800,000 times – and remains her life’s mantra. Many years ago, as a young activist,  the advocacy group that she founded and which is still thriving is South Asian Youth Action  (SAYA) which looked after the aspirations of young people in immigrant communities and helped level the playing field for them in mainstream America by a series of initiatives in schools and through mentorship.

Mayor Bloomberg tapped her as commissioner of immigrant affairs, just six months after the trauma of 9/11 when immigrants were under a brutal microscope.  Bhojwani recalls, “So I really understood what it meant to have my voice at the table as our communities were experiencing harassment and profiling. And because of that experience, a few years later, in 2010 as there were more and more anti-immigrant laws being passed at the state level, and as Congress was failing to pass immigration reform, I decided that we basically needed to be the leaders that were not working on our behalf.”

Bhojwani has reinforced this by founding New American Leaders (NAL), an organisation which is preparing and training immigrant Americans to run for public office. As the mid-term elections draw nearer, in the ensuing battle between Republicans and Democrats to get American votes, she says at least 50 immigrants NAL has trained are now running for public office. She has also just published ‘People Like Us: the New Wave of Candidates Knocking at Democracy’s Door’ in which she outlines solutions to creating a truly representative democracy, and shows that it’s possible to run and win if you’re an immigrant, in any district in America.

Recently she was honoured by Girl Be Heard, an empowerment group for young women, for her work with young people in getting them politically involved, along with Mandy Gondalez, the star of the Broadway superhit ‘Hamilton’, who has also encouraged political activism amongst the young with her group Fearless Squad.

Jessica Greer Morris, Executive Director of Girl Be Heard, says, “If you want to solve our country's epidemic of xenophobia you need immigrants in positions of power. Sayu Bhojwani  is the leader we have been waiting for, courageously and relentlessly paving the way for first generation immigrants in the US to run for - and win public office." Cover of book jacket People Like Us by Sayu Bhojwani.

As Bhojwani points out, there is a real maturing of people in the South Asian community as there is a record number running for office at all different levels in many states.  “In Arizona alone, two Indian women are running for Congress and what we are able to show is that we can represent any community in the US and it doesn't have to be a majority Indian community,” she says.

Anti-Muslim rhetoric has not stopped American Muslims from applying for and running for office and Bhojwani believes people are definitely more vocal than they were ten years ago. As the midterm elections get closer, it is this spirit of advocacy and participation which will help bring about change.

New York is full of surprises where unexpected things happen and you get to meet the most unexpected people. I certainly didn’t expect to be eating a home-cooked meal by Master Chef Vikas Khanna served in his 10th floor apartment near the United Nations. Nor did I expect to be eating it with the iconic Pakistani filmmaker Sharmeen Obaid-Chinoy whose powerful work has won her a gaggle of awards including two Oscars and six Emmys.

Nor did I know what was really on Chef Khanna’s menu – a first screening of ‘The Last Color’, the deeply moving film that he has written and directed.

“Sharmeen has been my biggest inspiration - I’ve never met any filmmaker who can actually bring about a revolution like she has,” says Khanna.  “I was not a part of the revolution. I was in the audience. But it moved me so much.”

Vikas Khanna, of course, is the original master of reinvention - cook, chef, cookbook writer and now the author of a novel ‘The Last Color’ and the writer and director of this feature film based on the book. So this was a truly surreal event – not only was a master chef showing his directorial debut for the very first time but the Sharmeen Obaid-Chinoy was actually in the audience! 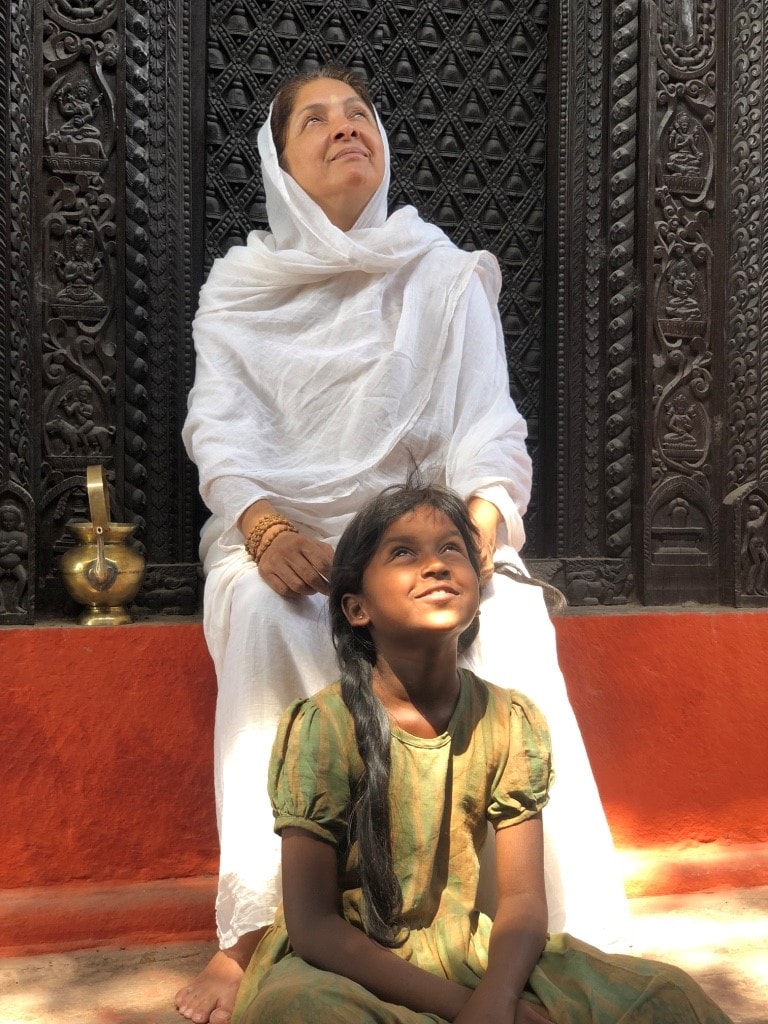 Neena Gupta with Aqsa Siddiqui in The Last Color.

Khanna’s touching film is about marginalised lives in Varanasi, on the ghats of the Ganges, about the triumph of the human spirit. He recalled how the widows in the holy city were shunned and how it really disturbed him: “It broke me - I felt very insignificant and small that I couldn’t do anything about it. It was so moving to me when the Supreme Court gave orders for these widows to play Holi for the first time.”

The first look of the film was shown at the 71st Cannes Film Festival and it’s a feel-good film with strong performances and great photography. The moral centre of the film is Chhoti, a 9-year-old street waif, who is a tightrope walker and flower seller. She shows the power of the girl child and how she can change the world. It’s a love story which really raises your happiness quotient. The verdict from this high-powered audience in one word was ‘Stunning!’ And after knocking everyone out with this very engaging film, Khanna turned chef once again and served the guests an equally critically acclaimed meal which he had whipped up:  Roasted Squash Soup with Creme Fraise, Spinach and Roasted Beet Salad, Tamarind Chicken Curry with Brown Butter; Pineapple and Garlic Curry; Job's Tears Paella (a rare barley) – ending with Lemon Curd, Roasted Figs and Signature Millet Chocolate Cake. When one chocolate cake ran out, the unflappable chef tossed up a second one together in minutes. So you see, it was both a culinary and cinematic feast – an abundance of riches.