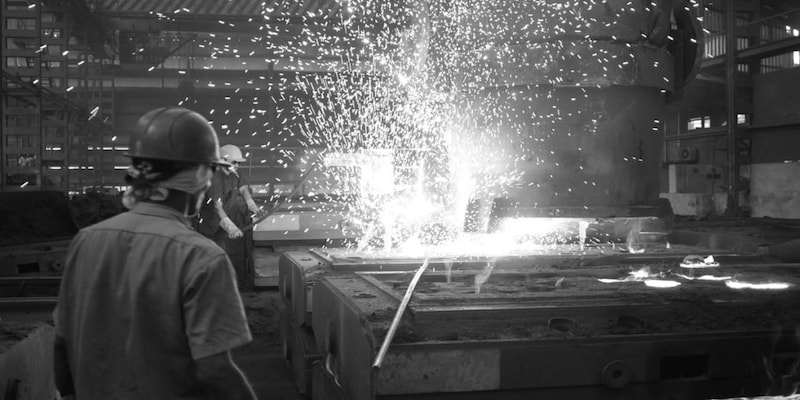 RSS-affiliated Bharatiya Mazdoor Sangh (BMS) has criticised the decision of MP, UP and Gujarat to suspend most labour laws in the state, stating that the move is against international principles of law.

RSS-affiliated labour union Bharatiya Mazdoor Sangh (BMS) has criticised the decision of BJP-ruled states MP, UP and Gujarat to suspend most labour laws in the state, stating that the move is against international principles of law and could set a precedent for other states.

The union has also called for an emergency meeting of its central office bearers and will likely stage protests soon.
The Uttar Pradesh Cabinet on Thursday announced an ordinance that would relieve factories and establishments from most labour laws, barring four, for a period of three years.
The ordinance puts on hold some important laws with respect to labour unions, working conditions, work disputes, and other issues.
MP and Gujarat too announced plans to substantially relax labour laws.
Speaking to CNBC-TV18, BMS General Secretary Virjesh Upadhyay said that state governments' decision to temporarily do away with labour laws to revive industries amid coronavirus outbreak is against the principles of International Labour Organisation (ILO) convention.
He added that BMS will approach state governments seeking their clarification and rationale behind such decisions.
"BMS will write to all state governments seeking clarification on decisions to suspend labour laws. Already labour law enforcement is very poor in the country. Labour is suffering through various hardships. Till now, UP, MP and Gujarat have decided to suspend labour laws citing COVID-19 impact. This will set a wrong precedent for other states to also consider such move," he said.
Not just BMS, independent labour experts also said that the drastic move to suspend a majority of a state's labour laws are ill-advised and could be counter-productive.
Also read: VIEW: The road to labour market anarchy goes through UP and MP
“India has ratified 39 effectively-in-force ILO Conventions, which also includes important conventions pertaining to labour inspection and tripartite consultation. The international labour standards offer a credible and participative labour market framework to ensure both efficiency and equity, which of course have been the economic and labour policies in India for long,” said Professor K.R.Shyam Sundar of Xavier School of Management.
“But the sweeping exemptions offered by the UP government and the rather detailed but not sweeping changes made by MP and now Gujarat pose considerable cause for concern as these mean labour market anarchy,” he added.
Sundar said the principles underpinning the labour changes were based on three flawed principles: labour laws are not needed in the society – meaning there should be no role for the state in the labour market, workers should solely rely on the goodwill of the employer, and that labour rigidities are the principal irritants that halt investment and hence economic growth.
“More worryingly, these may serve impetus to other states to do changes that are even worse than these to outcompete for capital if that is the rationale for these changes as a kind of demonstration effect,” he said.
“These labour law changes will lead to a race to the bottom in the labour standards, which will violate many ILO conventions despite us being among the founding members,” he added
Sundar also wondered whether "these costly social laboratory experiments" will lead to an economic revival, which he said depends on supply-side factors including fiscal stimulus.
BMS' Upadhyay asked the same question, asking that since states are citing the COVID-19 impact to suspend labour laws, they must explain how this would bring about a change in the industrial activities.
"We want to know what is the game plan of state governments to ensure safety and well-being of labours during the duration of suspension of labour laws. BMS will take all necessary action under the democratic rights; including staging protests," Upadhyay added.
He further said that despite advisories by Prime Minister Narendra Modi and and the Labour Ministry requesting employes to not deduct wages or lay off people, several employees across the countries have been forced to resign, sometimes without notice.
Check out our in-depth Market Coverage, Business News & get real-time Stock Market Updates on CNBC-TV18. Also, Watch our channels CNBC-TV18, CNBC Awaaz and CNBC Bajar Live on-the-go!