RBI Monetary Policy Committee, in a press conference today, cut repo rate by 75 bps to 4.4 percent. It was the first time the MPC met outside its bi-monthly meeting calendar. It also cut CRR by 100 bps to 3 percent and allowed a 3-month moratorium to all banks, financial institutions on all loans. 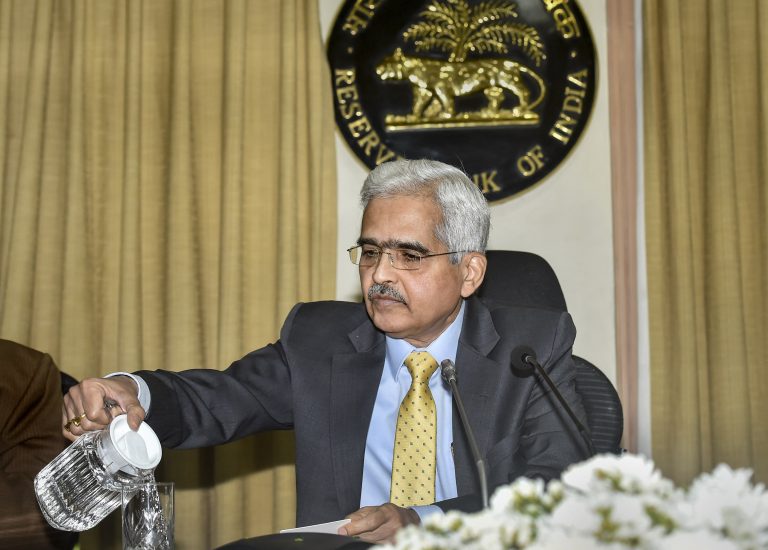 "It is a brave package, it is something which is unusual which was required for this very unusual situation. I think other than the cuts in the repo rate, cuts in the reverse repo rate is amazing because that will then incentivise the banks to not hold liquidity, but to lend it which is what is required at the moment. The debt moratorium of 3 months which can slowly be reviewed at the end of the 3 months will not lead the cash crunch and get itself into insolvency and bankruptcies which is what the corporates have really been asking for. This is a complete debt moratorium both on principal and interest so that is a very big step and which I am sure includes the EMIs which are also term loans in some sense and he did mention HDFC housing finance companies, so I think very right package, more than I had expected because they went out of their way to cut repo by 75 basis points and inject 3.7 lakh of liquidity in the system. RBI has done its bit. The two packages together are a very good start as India’s response to this serious economic uncertainty."


"The much-awaited MPC announced a massive 75 bps repo rate cuts and 90 bps reverse repo rate cut; expanding the policy corridor, thus making the rate cut more than 75bps. Massive liquidity infusion (~3.2 prcent of GDP after pandemic outbreak) via CRR rate cut of 100bps, MSF, especially targeted LTROs for onward lending to corporates would ease the elevated yields. Relief to the borrowers by way of a moratorium on term loans for 3 months, deferment of interest payment on working capital loans is a big positive.

Overall MPC gave more than what was expected and assured to resort to more measures if the situation worsens. The impact of these measures on the economic growth could take some time to fructify. Financials will get breathing space as far as recovery and NPA recognition is concerned. It could elevate sentiments temporarily but the main impact will be visible post the lifting of lockdown. In the interim softer yields could benefit investors in Gsec/other debt papers (including Banks) to book some MTM gains."

Today @RBI has taken giant steps to safeguard our economy from the impact of the Coronavirus. The announcements will improve liquidity, reduce cost of funds, help middle class and businesses. https://t.co/pgYOUBQtNl

According to Sonal Varma, Chief Economist–India, Nomura, this is clearly a big bazooka in terms of lower cost of capital.

"I think the CRR cut is quite important because not all banks have excess SLR. So, this is going to benefit the entire banking sector. The forbearance measures, the targeted LTRO which is going to narrow the credit spread widening we had started to see in specific markets. So, a lot has been announced, so definitely a good response," Varma said.

However she added that the key question is what will be the impact of these measures. "We are in a crisis where activity has come to a standstill so the lower cost of capital, etc. is not going to lead immediately to any revival in economic activity. But I think the forbearance and excess liquidity and some of these measures will enable protecting at least the downside risk in this period because what we want to ensure is that this crisis does not lead to a permanent loss in economic activity," Varma pointed out.

We will now have the courage to go out and buy commercial paper, says AK Das, ED of Bank of India

"We will now have the courage to go out and buy commercial paper (CPs). RBI governor, it is unprecedented move and he has made it absolutely clear that we can go for it now. There were stress and strain, in fact last week we had little bit of anxiety regarding one or two such papers and we have a feeling there could be some default and all, but with this announcement those kind of fears have been allayed and full marks to the RBI governor and his team for this."

"It is a very bold decision from governor of RBI. Probably we were thinking on many ways as to how the governor can come out – all of them he has addressed. The challenge that remains in front of us will be how effectively we will be able to transmit all these things to the customers more importantly when social distancing is there,"

"I completely agree with Sajjid Chinoy of JPMorgan, what a bazooka. Whatever the market would want the RBI to do, they have done and they have gone beyond it. The first time they have done in their history that the RBI has taken truly a unique step and it brings liquidity to the sections of the marekt where it was required. Full marks to RBI and the governor for doing what they have done. Now we have to take what they have given to us and make full use of it and hopefully, some of the financial stress which was building in the system very rapidly will reduce and we can now focus on bringing the help to the people who need it. Quite delighted with what the governor has done."

RBI tells CNBC-TV18, credit card dues won’t be part of 3-month moratorium as it’s not part of term loan. However, all retail loans including EMIs will be covered, RBI said.

This was a bazooka, said Sajjid Chinoy, JPMorgan on RBI policy

“Most of the boxes that we had discussed have been ticked. The last one that you mentioned about the banks investing in the corporate bond market is a new wrinkle that has been brought in. But the fact of the matter is that given the kind of heightened risk averseness of the Indian banking sector, how much do we expect that to happen. I would think it makes people feel a lot happier but I do not think much of that is going to happen.”

“The important issue is that he has not touched upon what is going to happen when the banks actually start getting into a situation where the inflow of income stops coming. He has said that we are going to follow the system that the US has done which is that the capital requirements of the banks are not going to be adhered to – that is fine but the fact of the matter is that the banks are going to be making large losses and it is going to eat into their capital base. So, sooner or later something will have to be thought of to try and ameliorate that,” he added.

#RBIActs | Here are all the measures announced by RBI Governor @DasShaktikanta . The Monetary policy Committee voted 4-2 to cut repo rate by 75 bps to 4.40% and reverse repo by 90 bps to 4%, Cash Reserve Ratio too has been cut by 100 bps to 3%#COVID19 #Coronavirus pic.twitter.com/a69kAd8LFx

Indian market erases minor gains as RBI announces a repo rate cut of 75 bps to 4.40 percent. Nifty Private Bank held on to the gains supported by Bandhan Bank and IndusInd Bank. Index movers including SBI, HDFC Bank and ICICI Bank lost some gains after the central bank slashed the reverse repo rate by 90 bps, which means that the RBI can borrow funds from the commercial banks at a much lower interest.

RBI has injected liquidity of Rs 2.8 lakh crore via various instruments equal to 1.4 percent of GDP since the last policy in February: RBI Governor
Share:

The Governor said that the depositors of commercial banks including pvt banks need not worry on the safety of their funds. Do not resort to panic withdrawal of deposits from pvt banks, your money is safe, he added.

RBI: All banks, lending institutions may allow a 3-month moratorium on all loans

RBI Governor said that the large sell-offs in markets have intensified pressure. RBI will conduct LTRO of up to 3-year tenor of up to Rs 1 lakh crore at a floating rate linked to the policy repo rate. The first auction of Rs 25,000 cr will be conducted later today.

- Growth outlook will depend on the intensity, speed and duration of the pandemic

- MPC refrains from giving growth and inflation projections, given the uncertainty

- There are downside risks to growth from prolonged lockdown.

It was the first time the MPC met outside its bi-monthly meeting calendar. MPC met from March 24-27 instead of April first week. The policy was scheduled to be announced on April 3 earlier.