India's annual GDP growth in the January-March period hit a four-quarter low. Will that prompt the RBI to raise its economic expansion projections for the year ending March 2023? Here's what you can expect.

A week before the Reserve Bank of India (RBI) will reveal what's in store for the economy in its policy review, official data showed India's GDP expanded 4.1 percent on a year-on-year basis in the January-March period. This was the slowest pace of growth in a year, though in line with Street estimates.
Economists are divided whether that will prompt the central bank to revise its growth projections for the year ending March 2023. 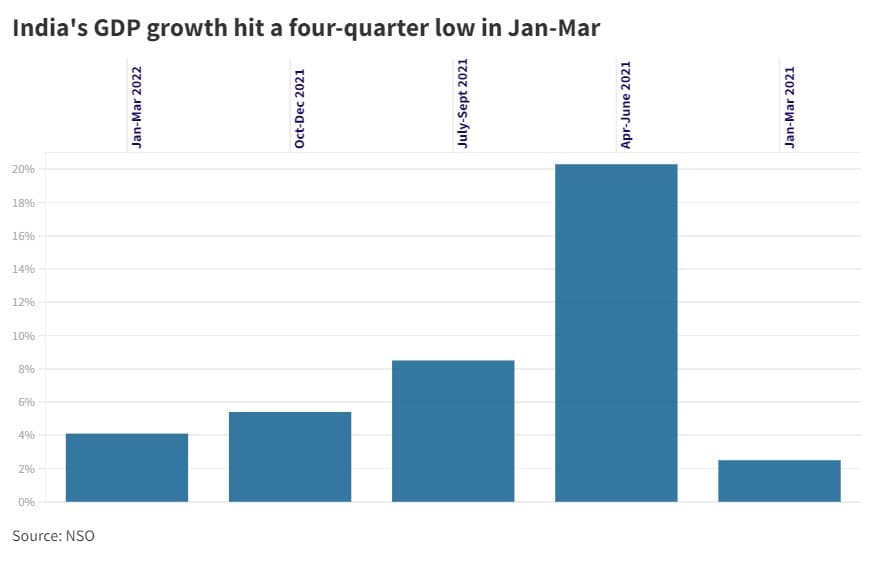 For the year ended March 2022, the GDP growth came in at 8.7 percent due to a low base of the previous year. That was lower than the estimate of 8.9 percent by the National Statistical Office (NSO), and worse than what many experts are projecting.
While growth in agriculture was in line with the estimates of economists polled by CNBC-TV18, it was ahead of expectations in mining and manufacturing. 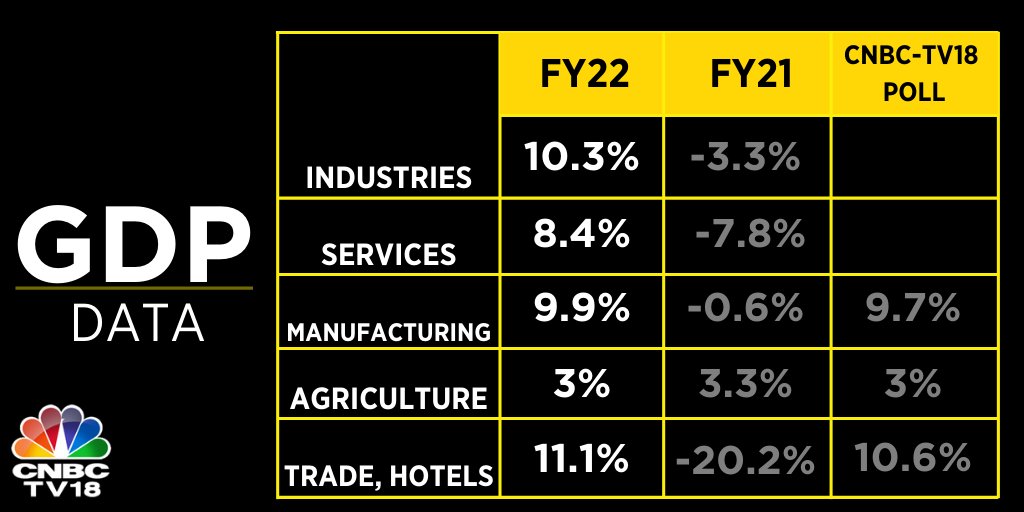 Will it prompt the RBI to cut its growth projections for the year ending March 2023 next week?
In its April review, the MPC had lowered its GDP growth forecast to 7.2 percent from 7.8 percent. 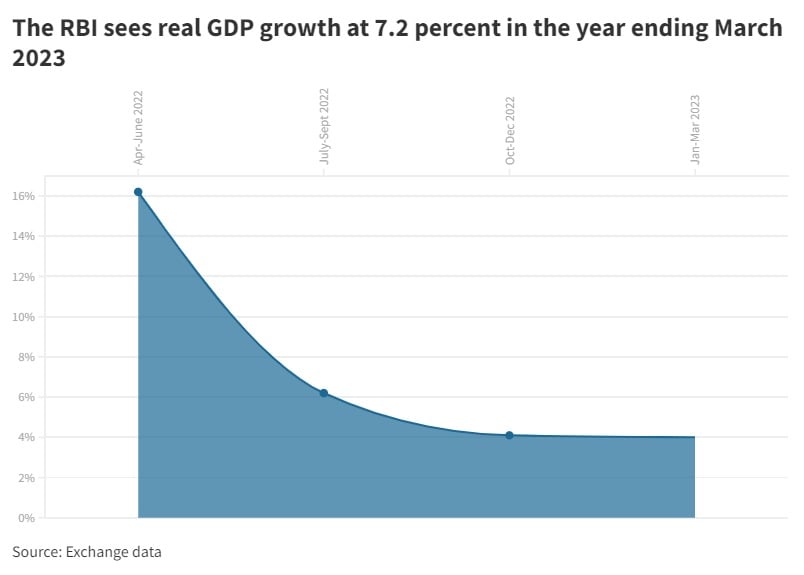 The government, however, sees no risk to its GDP growth estimate of 7.5 percent for the year ending March 2023, Economic Affairs Secretary Ajay Seth said. The growth rate of 8.7 percent for the year is credible as these numbers reflect that all the sectors of economy are above pre-pandemic levels and there is growth momentum even in sectors just above pre-pandemic levels.
“In the Budget we had assumed 7.5 percent and all of you questioned that. That number seems doable,” he said.
Many economists are of the view that economic growth may remain a challenge for now, but believe that a recession is not a possibility.
"India doesn't face recession but just slows down substantially, going by historical data... We will go through a sharp slowdown when it happens globally, which something global central bankers are preparing for, and that might lead to some midcycle adjustment," Madhavi Arora, Lead Economist at Emkay Global Financial Services, told CNBCTV18.com.
"Policymakers are preparing for a hard landing given the inflation priority... India has never faced recession except the COVID period," she said.
The RBI brought back inflation before growth on the priority list in April after a gap of two years.
Arora sees downside risks to the RBI's GDP projections and upside risks to its inflation forecasts. In the June 8 statement, she expects the RBI to bring down its estimate for economic growth to seven percent for the year ending March 2023. She expects the inflation projection somewhere around 6.5 percent for the year.
However, economists are divided over whether the RBI will tweak its GDP growth estimates next week.
"India does not have risks of recession... We do not anticipate any major change in 2022-23 growth estimates by the RBI. The provisional estimate for the annual 2021-22 GDP growth has seen a relatively minor change from the second advance estimate (NSO)," Suvodeep Rakshit, Senior Economist at Kotak Institutional Equities, told CNBCTV18.com.
He expects the rural economy to face headwinds in the near term. "Costs remain high and higher income is offset by higher expenditure, especially as rural core inflation remains high. Non-agriculture incomes can be boosted by scaling up of public infrastructure spending and normalization of urban jobs which should pan out over next few quarters," he said.
The economists' views on recession is music to the ears for investors on Dalal Street, which is once again abuzz with the prospect of overheated valuations. Globally, fears of aggressive rate hikes and the prospect of receding global growth have triggered wild swings in financial markets.
That at a time when the Indian market has nearly digested the RBI's surprise 40 basis-point hike in the repo rate — the key rate at which it lends money to commercial banks — on May 4. 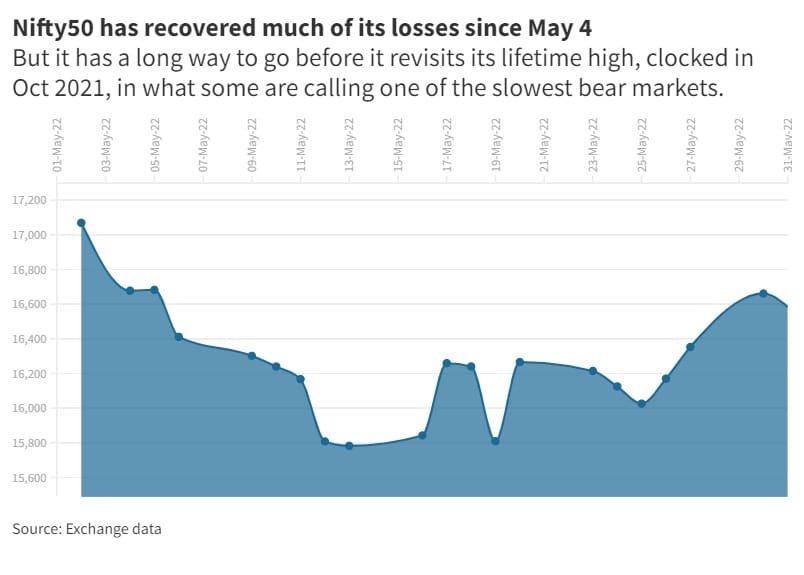 Citi raised its real GDP growth forecast by 50 basis points to eight percent for the year ending March 2023, citing the base effect of higher-than-expected expansion in the quarter ended March 2022.