The MPC minutes show deep divisions within the committee. CNBC-TV18 spoke to three external members of the MPC and here is a report on the minutes and the difference of opinion.

The minutes of the last monetary policy meeting show deep divisions within the six-member Reserve Bank of India panel which decide the lending rate set by the Indian central bank.

The RBI governor and his deputies remained cautious and warned against a premature pause in policy action. The external member, Jayanth Varma, however, felt that the current policy rate and stance can damage the growth outlook while Ashima Goyal called for a neutral stance.
CNBC-TV18 spoke to three external members of the MPC and gathered that the minutes show that hawkishness is outweighing or surpassing the dovish-stance takers.
First, Governor Shaktikanta Das sounded a little hawkish when he said that the battle against inflation is not over and pre-mature loosening is bad. As per deputy governor, Michael Patra the core consumer price index (CPI) needs to be brought down further as it is still expected to be between five and six percent in the next year or so.
Rajiv Ranjan, the other MPC member, is also worried that core CPI is high in spite of the crude fall. He also points out that next year, the world and India are likely to be more preoccupied with growth.
Also Read: Repo rate hikes to continue, RBI Governor Shaktikanta Das indicates The real dovishness comes from Dr Jayanth Varma, who says that the current rates might "impact a fragile growth".
He also observed that the inflation forecast is not correct because it's based on $100 per barrel price for crude. 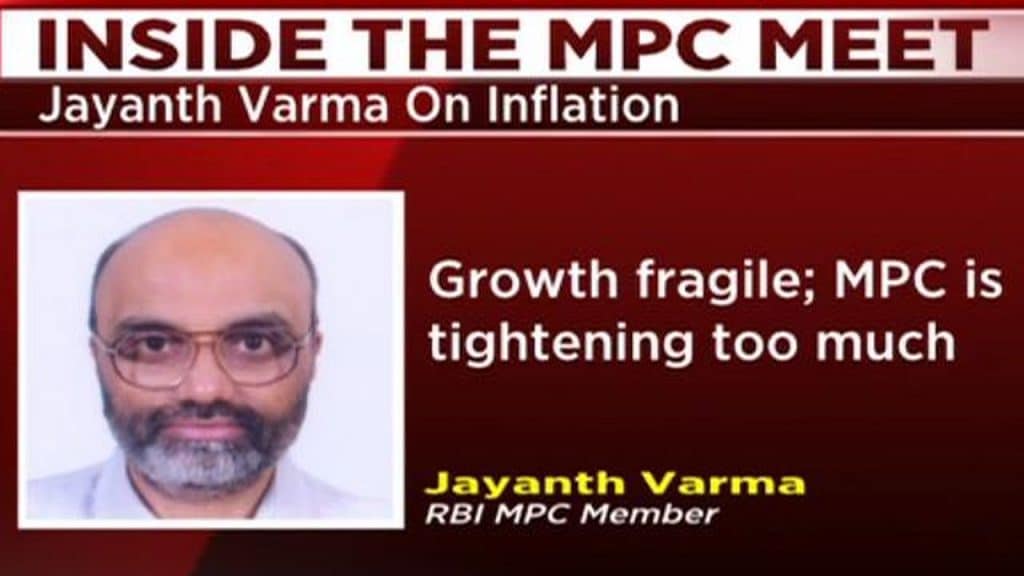