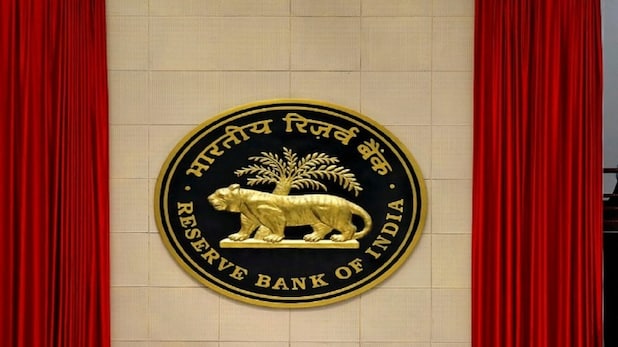 RBI MPC Meeting June 2022 LIVE: RBI Governor Shaktikanta Das will shortly reveal what's in store for the economy at the end of the Monetary Policy Committee's bi-monthly deliberations. The MPC is widely expected to announce a hike in the repo rate — the key rate at which the RBI lenders money to commercial banks — in today's statement. This is the first policy review since the RBI's surprise announcement of a 40 basis-point hike in the key rate on May 4. It comes at a time when major central banks around the globe are facing the Herculean task of taming decades-high inflation without causing an economic slowdown.

Before signing off from the live updates on RBI's monetary policy, here are the top 10 key takeaways from RBI Governor Shaktikanta Das' speech today

Global prices may moderate soon which may allow for a pause sooner rather than later: Rajiv Shastri, Director, and CEO, NJ AMC

"The MPC's actions are in line with the minutes of their previous meeting and indications thereafter. Higher rates are expected to moderate consumer demand, which may prevent higher producer prices from being passed on to customers going forward. However, this may squeeze corporate profits in the immediate term as they grapple with higher input prices and low demand from their consumers. Fiscal initiatives by the government may be needed to compensate for lower private consumption and sustain GDP growth at expected levels, which may result in higher government borrowings in the near term. However, there are some indications that global prices may moderate soon which may allow for a pause sooner rather than later."

We are the happiest one because we are not surprised and I told you that our inflation forecast is 6.9 percent. I was not sure whether the RBI would go up too close to 7 percent, but 6.7 is very realistic. Only thing is, if you look at the forecast, they have taken 7.5 and 7.4 for the April, June, July, September - that looks more aggressive. But October, December, January, March - they are taking much lower than what our own forecasts are. So my guess is that we don't know about October, December, January, and March, but I think inflation is still on the higher side, and it could be closer to 6.9 or 7 percent rather than 6.7 what RBI has given. But it's a good kind of adjustment that RBI has done 100 basis points.

“We are right now in a situation where there is a considerable amount of challenge that we face for the Indian economy both from the global macro monetary policy and political developments,” said chief economic advisor V Anantha Nageswaran after the Reserve Bank of India raised its policy rate by 50 basis points.

Kaushik Das, Chief Economist, Deutsche Bank on RBI's stance: I am very happy that RBI has removed this accommodative word. I was actually looking for calibrated tightening but maybe they will wait on till the repo rate has reached to the pre-pandemic level.

Liquidity withdrawal will be calibrated and measured in future and we will ensure that adequate liquidity remains available to meet banks' requirements: RBI Governor

Users should check if lending apps are registered with RBI

Constant engagement between government and RBI on Cryptos. Users should check if lending apps are registered with RBI: Governor Shaktikanta Das

Allowing the linking of credit cards to UPI is all about giving a wider choice of payments to customers. We will introduce the arrangement and see how the pricing goes: RBI Deputy Governor T Rabi Sankar

RBI not bound by convention, future course will depend on evolving inflation-growth dynamics

Rate hike will push up home loan interest rates, but they will remain lower than in 2008: ANAROCK

A hike was inevitable, but we are now entering the red zone. Any future hikes will reflect markedly on housing sales. The RBI is tasked with controlling the spiralling inflation but must simultaneously be careful not to hurt demand recovery. The rate hike will push up home loan interest rates, but they will remain lower than during the global financial crisis of 2008, when they went as high as 12 percent and above. The current hike will reflect more in the affordable and mid-realty segments. The silver lining is that the Indian housing market is still largely end-user driven, so there is no investor mindset seeking the lowest possible entry point, said Anuj Puri, chairman of ANAROCK.

Endeavour is to move towards 4% inflation target: RBI Governor

Completely focused on the withdrawal of accommodation: RBI