Updated : December 05, 2019 07:07 AM IST
Nine out of the ten economists polled by CNBC-TV18 said that they expect a quarter of a percentage point cut
The repo rate has been cut five times this year, totaling 1.35 percent or 135 basis points

The Monetary Policy Committee (MPC) of the Reserve Bank of India (RBI) is widely expected to cut rates for the sixth consecutive time in the upcoming policy, as it looks to support weakening economic growth, according to a poll conducted by CNBC-TV18.

Nine out of the ten economists polled by CNBC-TV18 said that they expect a quarter of a percentage point cut in the repo or repurchase rate, which is the rate at which the regulator lenders money to banks, which will bring it down to 4.90 percent from 5.15 percent currently. Only one economist said that the MPC may cut the repo rate by 15 basis points. One basis point is a hundredth of a percentage point. Six out of ten economists expect this cut to be the last one for the current financial year, but three expect a total of 40 basis points cut before the close of the fiscal, as per the poll. The repo rate has been cut five times this year, totaling 1.35 percent or 135 basis points. With the regulator forcing banks to link their lending rates to an external benchmark, a cut in repo rate would result in a direct rate reduction for borrowers. India’s growth rate slowed down to 4.5 percent in the September quarter, hitting a six-year low on the back of weak consumer demand and slowing manufacturing activity. Economists believe that the flagging growth would drive the MPC to go for yet another cut, despite the consumer price inflation breaching the sacrosanct 4 percent target for the first time since July 2018. Inflation, as measured by the consumer price index, quickened to 4.62 percent in October, compared to 3.99 percent in the month of September. However, all the respondents expect RBI’s monetary policy committee to look through this rise in inflation above the 4 percent targeted mark this time around. The tone of the policy is largely expected to be similar to the October policy, as per the respondents. 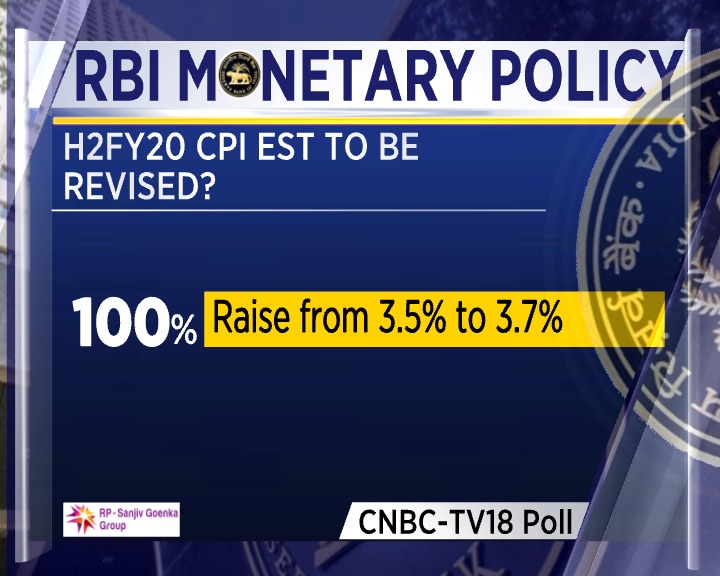 The MPC will be meeting from December 3 to December 5, and the resolution of the committee is expected to be made public at 11.45 am on Thursday, December 5. 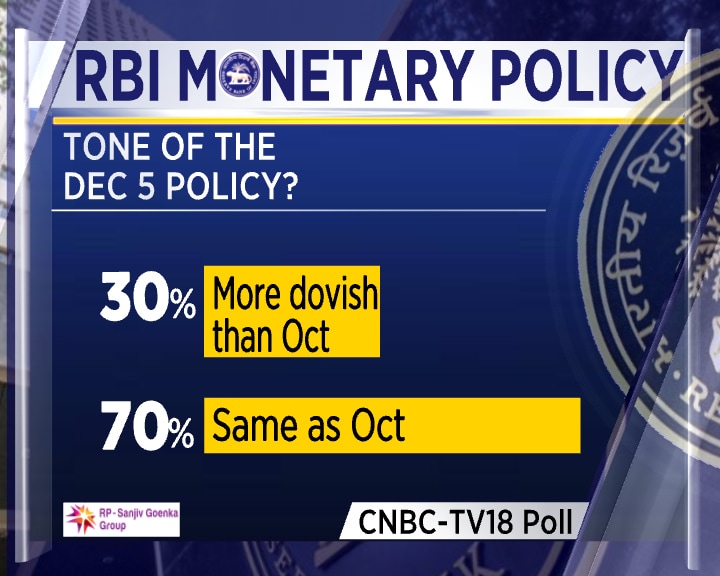