The Reserve Bank of India's (RBI) will announce the outcome of the policy meeting on December 7.

The Reserve Bank of India's (RBI) three-day Monetary Policy Committee (MPC) meeting is underway with the outcome to be declared on December 7. Market watchers say that a 35 bps hike has been factored in by traders on Dalal Street. What will be interesting to note is if the central bank changes its stance from the current “withdrawal of accommodation” to a "dovish" stance. The RBI has undertaken three back-to-back 50 basis point hikes in interest rates, but a poll of economists and market watchers conducted by CNBC-TV18 shows that the Governor Shaktikanta Das-headed MPC is likely to opt for a lower rate increase of 35 basis points (bps) in lending rates. This will bring the repo rate to 6.25 percent.
Now, as far as the peak repo rate is concerned, the respondents were divided between 6.25 and 6.50 percent, with some even expecting 6.75 percent as a possibility. 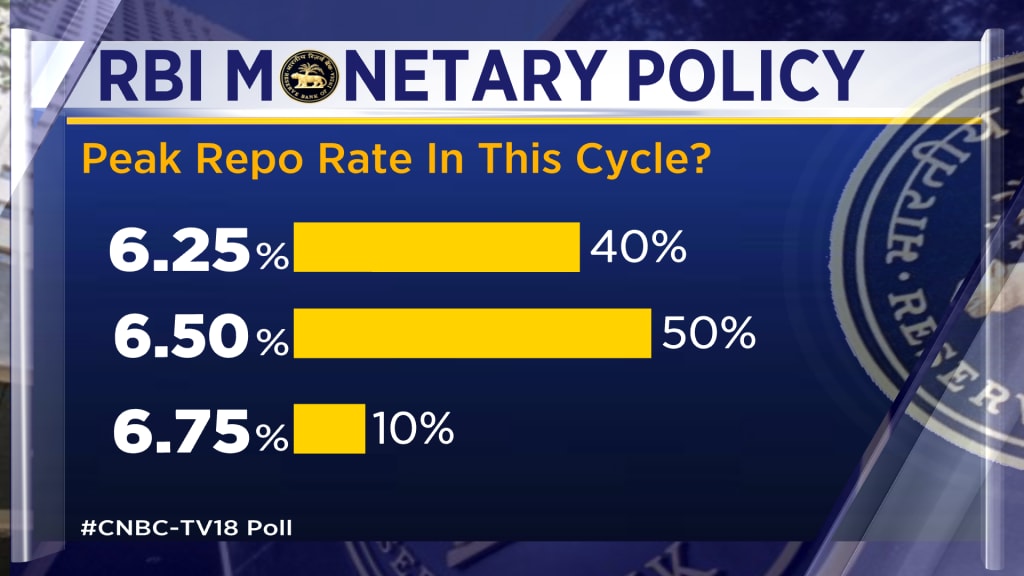 The poll also shows that the consumer price inflation and the gross domestic product (GDP) forecasts for the financial year will be left unchanged.
Also Read | World Bank expects India's GDP growth to be better than expected but inflation to stay above 7% What the market will watch?
The most important thing to note will be the wording of the policy stance. Along with that, the voting pattern will also be interesting as the minutes of the last MPC meeting showed that two of the external members - Dr. Ashima Goyal and Dr. Jayanth R. Varma - are likely to vote for a smaller increase in the repo rate or no hike at all.
The MPC might want to sound data-dependent and thus is unlikely to take a dovish stance but the external members of the committee might insist on a shift, as per people in the know. The other focus will be the transmission of rates. While RBI has hiked rates by 190 bps between January and November, bank lending rates have only gone up by 80 bps. So the transmission is just about 42 percent.