Prolonged use of mosquito coils may make you ill: study

Updated : July 01, 2019 04:14 PM IST
Air pollution, both indoor and outdoor, has been in the limelight in the past few years with both governments and courts announcing a series of plans to address it.
A latest study has now warned that prolonged exposure to burning of mosquito coils and cigarettes in indoor environments like homes and offices could lead to illness. Samples used in the study belonged to popularly used brands.
The researchers also clarified that their study doesn’t find a link between these emissions and cancer.

Using mosquito coils is a common phenomenon in Indian homes and offices but prolonged exposure could have an impact on health, finds a latest study, which looked into common Indian brands and found that the burning of mosquito coils and cigarettes in an indoor environment emits considerable polluting particles that could lead to illnesses. However, the study, published in journal SN Applied Sciences in April 2019, ruled out the chances of cancer being caused by these coils and cigarettes and noted that further investigation in actual environments is needed

According to the study, the maximum concentration of Al, Cu, Zn and Mn was found higher, while that of Cd, V and Se was below the detection limit in both types of samples.

“Smoke comes out of both mosquito coils as well as cigarettes when burnt. But the smokes are very complex – contains more than 4,000 chemicals. We have analysed only metals in them and their impact. We concluded that, on a long term, if there is continuous use of such materials it is going to have some effects on health,” said Ajay Taneja of the chemistry department of Agra-based B.R. Ambedkar University and the lead author of the study.

Emissions could have health impacts but are not cancerous

However, Taneja explained to Mongabay-India that though these emissions could lead to respiratory issues, “there is no way of predicting that after how long they will start the impact” as they would vary with every person.

The study stressed that calculations were made to explore expected cancer and non-cancer risks, using published toxicity potentials for three metals (Cr, Pb, and Ni) and found that cancer risk was within safe limits. On a query that whether popularly used liquid-electric based mosquito repellents could be a solution, Taneja outrightly rejected the idea.

“No, they are not a solution. It is because their use would also result in the release of some kind of organic chemicals. What will be the long term of those chemicals is something still unknown,” Taneja added.

According to a recent analysis, the India State Level Disease Burden Initiative published in The Lancet journal in December 2018, of the total deaths in India in 2017, 1.24 million deaths, equivalent to 12·5 percent of total mortalities, could be attributed to air pollution.

Air pollution has emerged as a significant issue in India over the past few years which finally resulted in the central government releasing a national clean air programme (NCAP) to tackle the crisis of severely polluted air across the major areas of the country. Among other things, the NCAP released by the Indian government’s environment ministry also focuses on controlling indoor air pollution.

The study also noted that apprehension governing the concept of indoor air quality has increased in recent years due to the “recognition of different pollutants originating from diverse indoor and outdoor sources.”

It stressed that illness related to respiratory and cardiovascular issues, even potential carcinogenicity, is also a direct consequence of long-term exposure to the contaminants residing in indoor air. “The smoke emitted from their combustion releases particulate matter and the combustion leads to the production of a large amount of smoke, which when inhaled poses a wider health hazard,” the study added.

Explaining the impact of fine particulate matter, Ajay Taneja said that they can cause problems like respiratory diseases, rashes on skin and allergies. However, Taneja said, this study does not indicate any risk of cancer right now. 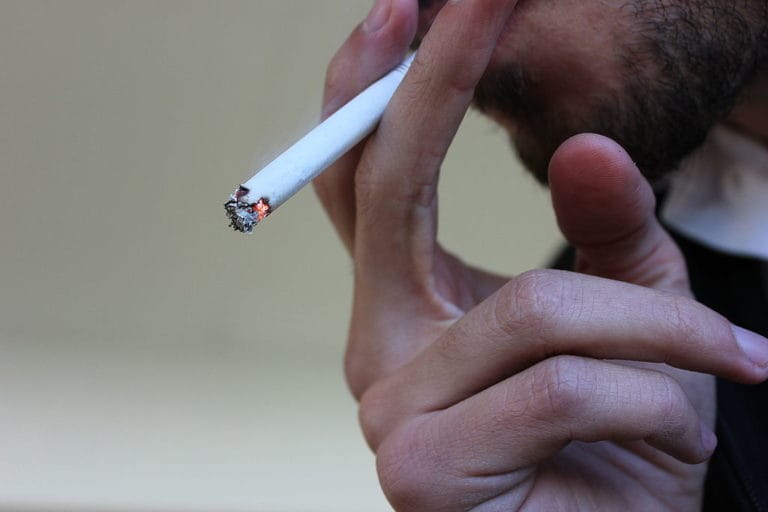 “Smoking of cigarettes and using mosquito coils to repel and kill vectors are critical. However, their improper use by consumers may lead to other health problems that should not be ignored. Overall, the results of this study reveal that Al, Cr, and Sn were found higher in mosquito coils, whereas Cu, Zn, Mn, Ni, and Pb were higher in cigarette samples. Particular elements may be attributed to the raw material used for manufacturing both (mosquito coil and cigarette),” said the study.

The maximum individual risk of health problem was found to be associated with Cr and minimum with Pb in mosquito coil samples and cigarette samples though it was below the threshold levels.

Admitting that this analysis was a “short-term study” as the time of exposure was very limited, and the concentration of metals was below the limits, the study said, “it is believed that if the exposure duration is larger, then the concentration of metals would increase.” It further said that more in-depth investigation should also be conducted in actual furnished rooms in a real apartment to evaluate the effects of smoke generated by smoking in an actual residential environment.

Agra-based paediatric surgeon Dr. Sanjay Kulshreshtha, who has been fighting several cases in the National Green Tribunal and the Supreme Court, seeking implementation of strict anti-pollution measures, said indoor air pollution is a serious issue and would result in serious impact for those living in places where air ventilation is not upto the mark.

“The authorities need to focus on all sources of indoor air pollution and need to ascertain the kind of damage they can cause,” Kulshreshtha told Mongabay-India.