Private sector gets go ahead for assisting rehabilitation of degraded forests

Updated : July 23, 2019 04:25 PM IST
An expert forest panel of India’s environment ministry has allowed guidelines that would allow the involvement of the private sector to carry out plantation on degraded forest land.
Activists state that this is the latest in line of a series of steps taken by the central government that encourages the involvement of the private sector in forest management and fear an adverse impact on the rights of tribal people and forest dwellers.
The move is expected to face resistance from organisations working for tribal rights groups as well as from those working for the forest dwellers.

The forest panel of the Indian government’s environment ministry has approved guidelines that would allow private industries to be involved in plantation on degraded forest land.

In the June 27, 2019, meeting of the Ministry of Environment, Forest and Climate Change’s (MoEFCC) Forest Advisory Committee (FAC), “inclusion of guidelines related to Tripartite Agreement” was discussed which refer to procedures for agreements between an industrial house, an acceptable NGO of repute and local forest department for plantation on degraded forests.

According to the minutes of the FAC’s meeting, the panel observed that previously the forest conservation rules and guidelines of 2003 and 2004 [Handbook of Forest (Conservation) Act 1980, Forest (Conservation) Rules 2003 and guidelines & clarifications issued by MoEFCC on May 31, 2004] had referenced the participation of private sector through involvement of non-governmental organisations and forest department in afforestation and rehabilitation of degraded forests.

The 2004 guidelines had at that time expressed concerns over the slow rate of afforestation in the country, due to financial and other constraints and observed that funds to the tune of several hundreds of billions of rupees would be required, even by conservative estimates, to rehabilitate degraded forests. The guidelines had further noted that a large number of like-minded industrial houses are willing to join hands in this green movement, facilitated by NGOs and under the supervision of the forest departments. The industries, however, would not have any rights whatsoever on the forest land.

Emphasising that neither the industrial house nor the NGO will claim any right over the forest land or the produce, the guidelines clarified that the rights of local people if any, over the forest land, will not be affected by this agreement and that the scheme should be prepared in such a way so that naturally occurring species should be given priority in the rehabilitation and even plantations should be local native species.

The said provisions from 2004 have been recommended to be incorporated in the latest (2019) guidelines in discussion with the nodal officer of the Maharashtra government who was present at the meeting. It was the Maharashtra government that approached the expert forest panel to include the old provision in the 2019 guidelines. At the state level, Maharashtra is already involving the private sector in the afforestation work and this move to get it in national guidelines is expected to strengthen their work.

“After thorough deliberation and discussion, FAC recommended to incorporate Annexure VIII (Guidelines for the participation of private sector through the involvement of NGOs & Forest department in afforestation and/rehabilitation of degraded forest) of the previous handbook into the latest handbook of comprehensive guidelines,” the minutes noted. 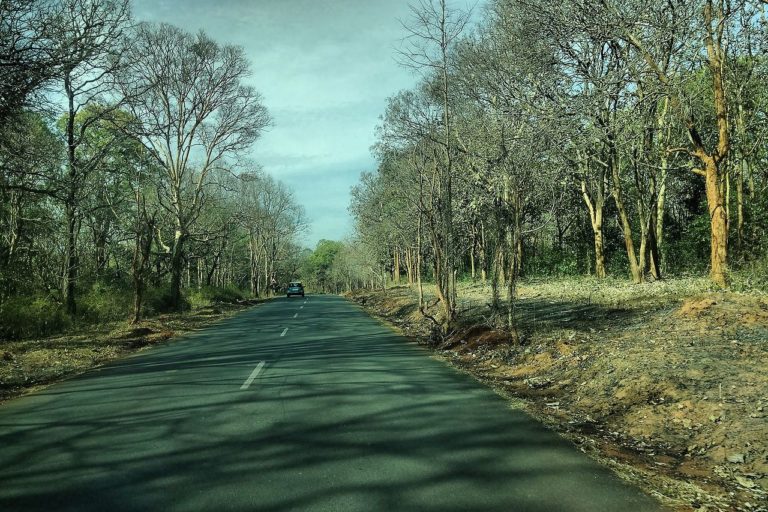 About one fourth of India’s total land is under forest and tree cover. Photo by Arun17061995/Wikimedia Commons.

The move to approach FAC is in line with the Maharashtra government’s mission plantation under which the state aims to plant 500 million (50 crore) trees. Announced in 2016, the plantation programme recorded 28.2 million (2.82 crore) trees planted on July 1, 2016 (in a single day).

Following that, the Maharashtra government’s forest department had set the target of the plantation of 40 million (four crore), 130 million (13 crore) and 330 million (33 crore) saplings under the mission of 50 crore plantation in the three consecutive years 2017, 2018 and 2019 respectively. As per the government, it has achieved its targets to plant 40 million trees in 2017 and 130 million in 2018.

Environmentalists caution that allowing tripartite agreement could be yet another step towards allowing greater participation of private industries in management of India’s forests.

A retired forest official, who did not wish to be identified, explained that the 2004 guidelines were practically not followed on a national level due to serious opposition by civil society groups, organisations working for the tribal organisation and others against the involvement of the private sector. But in the past few years, the policies proposed have increasingly talked about involving the private sector in afforestation.

For instance, the zero draft to amend the Indian Forest Act 1927, which was sent to states earlier this year, talked about the involvement of the private sector as well. Earlier, in December 2018, an expert committee formed by the MoEFCC had come out with a report recommending the leasing of wasteland to the corporate sector for re-greening. Even the draft national forest policy 2018 had also come under severe criticism for its emphasis on industrial timber.

“The repeated attempt to privatise forests flies in the face of the claims of forest officials and this government that their policies – including the brutal and unconstitutional regime they want to bring in through a new Indian Forest Act – are about protecting forests. It’s clear that the aim is to increase profits and the control of officials. These guidelines, in particular, are in violation of both the forest conservation act and the forest rights act,” Shankar Gopalakrishnan, who is the secretary of the Campaign for Survival and Dignity, a national platform of forest dwellers groups, told Mongabay-India.

Activists fear that even though authorities claim that there are safeguards to ensure that the rights of forest dwellers and tribal people are not compromised, there are enough instances to highlight that these claims go weak in implementation.

“Such an attempt is no surprise as many such attempts have been tried in the last few years. If the corporate sector is involved it indeed would result in rights and culture of tribals and forest dwellers getting impacted. The private sector would look at its own profit and won’t be concerned about the rights of people,” Alok Shukla of the Chhattisgarh Bachao Andolan told Mongabay-India.

M.K. Goyal, who is the secretary-general of the Indian Pulp and Paper Technical Association told Mongabay-India that there is a misinformation campaign being run against the industry.

“Currently the industry is planting more trees than what is consuming. It is a net plus system. A lot of it is being taken away by the plywood industry. It is totally a misinformation campaign against us,” said Goyal.

“The 2004 guidelines that the FAC has recommended to be included in the 2019 guidelines also have a lot of built-in safeguards to ensure that the rights of people are not compromised,” the official said.