Only 13% free food grain handed out to migrants, says report

Only 13% free food grain handed out to migrants, says report 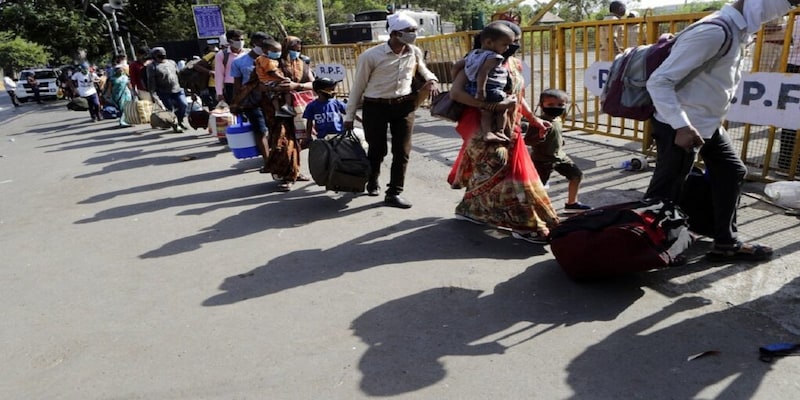 Despite the centre announcing that it will distribute 5-kg free food grain for two months to about 8 crore migrant workers who do not have ration cards only 2.13 crore actually benefitted from this.

Only 13 percent of allocated free food grain has been handed out to returning migrant workers in the last two months, according to a report by  The Indian Express. Referring to data from Ministry of Consumer Affairs, Food and Public Distribution, the report says that the majority of states failed to distribute 8 lakh metric tonnes of free food grains allocated under the Atmanirbhar Bharat package.

It is noteworthy that Prime Minister Narendra Modi on June 30 announced that the Garib Kalyan Anna Yojana has been now extended till the end of November.
“Some states are not distributing foodgrain to the poor. It is a matter of concern…they should be sensitive to the poor…. We have no problem in providing foodgrain to states. When it is being given free, I don’t understand the problem in distribution. We are taking this issue seriously,”  Union Minister of Consumer Affairs, Food and Public Distribution Ram Vilas Paswan was quoted as saying in the report.
Despite the Centre announcing that it will distribute 5-kg free food grain for two months to about 8 crore migrant workers who do not have ration cards only 2.13 crore actually benefitted from this. This, the report added, was despite the fact that all 36 states and Union Territories lifted 6.38 lakh metric tonnes or 80 percent of the allocated grains.
At least 26 states and UTs have lifted 100 percent of their allocation from the Centre but not one of them distributed full quantities to the beneficiaries, data revealed according to the report. This includes states like Uttar Pradesh and Bihar who despite getting a lion’s share of the quota distributed less than three percent of the share.
Several other states and union territories such as  Andhra Pradesh, Goa, Gujarat, Jharkhand, Ladakh, Maharashtra, Meghalaya, Odisha, Sikkim, Tamil Nadu, Telangana, and Tripura distributed less than one percent, the report said.
Check out our in-depth Market Coverage, Business News & get real-time Stock Market Updates on CNBC-TV18. Also, Watch our channels CNBC-TV18, CNBC Awaaz and CNBC Bajar Live on-the-go!