Economic package news: Finance Minister Nirmala Sitharaman on Thursday announced cheap loans for farmers, ration card portability plan and free foodgrains for migrant workers in the second tranche of the stimulus. She also announced that today's tranche was specially for migrant labourers, street vendors, small traders and farmers. In all, a total of 9 steps were announced, of which three are applicable to migrant workers, two for small farmers, one each for Shishu loan within Mudra, street vendors, housing and employment generations largely for tribals.

With that it's a wrap to the coverage of Finance Minister Nirmala Sitharaman's second press conference on the Rs 20 lakh crore stimulus package announced by Prime Minister Narendra Modi on May 12. Stay tuned to CNBCTV18.com for more news and updates from India and around the world.

Terming the economic package announced by Finance Minister Nirmala Sitharaman, a "hoax" and mere "political rhetoric", the Left parties on Thursday said the government has played a cruel joke on the poor of the country. The government on Thursday announced a Rs 3.16 lakh crore package of free foodgrains for migrant workers, concessional credit to farmers and working capital loan for street vendors as part of the second tranche of the fiscal stimulus to heal an economy hit by the coronavirus-led lockdown. "The package did not address any of the fundamental issues plaguing the country. It is all a hoax and a cruel joke on the poor. What the migrants need is free transportation so that they can reach home," said CPI(M) general secretary Sitaram Yechury. Additionally, a cash transfer of Rs 7,500 per month should be given to the poor who have lost their jobs, said Yechury, adding that the poor should also be given 10 kg foodgrain per month for three months. The CPI(M) general secretary added that the surplus foodgrain in godowns should be used to feed the poor rather than letting it rot.

Credit rating agency said in a statement, “The 100% guarantee for MSME loans and farm support schemes were the two main highlights from the announcements in our view. Both are fairly significant in size and will help to support the more vulnerable borrower segments for the NBFIs. The NBFC/MFI debt guarantee schemes target the right issues but are not large enough to address the sector’s funding strains. Ultimately however these measures can only serve to prop up the segments that are under distress. The safe reopening of the economy more than anything else will be the key to recovery for the NBFIs.”

India Inc on Thursday said the second tranche of the stimulus package will provide relief to the most vulnerable sections of the society reeling under the impact of COVID-19 and boost the housing sector, aiding economic growth. The government on Thursday announced a Rs 3.16 lakh crore package of free foodgrains for migrant workers, concessional credit to farmers and working capital loan for street vendors as part of the second tranche of fiscal stimulus to heal an economy hit hard by the lockdown. At a news conference, Finance Minister Nirmala Sitharaman said 8 crore migrant workers will get 5 kg of grains and 1 kg of pulses free for two months, while 50 lakh street vendors rendered jobless by the lockdown would be given a working capital loan of Rs 10,000 each. As many as 2.5 crore farmers will be provided Rs 2 lakh crore of concessional credit through Kisan Credit Cards.

Union Home Minister Amit Shah on Thursday welcomed the special package announced by Finance Minister Nirmala Sitharaman for migrant labourers, the poor and farmers, saying the initiative is in consonance with the Modi government's policy of 'Sabka Saath, Sabka Vikas'. In a series of tweets in Hindi, Shah said the Narendra Modi government has made every effort to help the farmers who feed the country with their hard work. "I thank Prime Minister @narendramodi ji and Finance Minister @nsitharaman ji for the relief provided to the poor, farmers, labourers and middle class of the country, in keeping with the core motto of 'Sabka Saath, Sabka Vikas'," he said.

Finance Minister Nirmala Sitharam today said the Centre has directed the states and union territories to provide work to the migrant workers under the Mahatma Gandhi National Employment Guarantee Act (MNREGA). With reverse migration of labourers across the country back to their villages and home towns, there has been a 40-50 percent increase in job seekers under MNREGA, particularly in states like Uttar Pradesh, Madhya Pradesh and Bihar. Sitharaman said that the scheme is offering work to 2.33 crore wage seekers and has generated 14.62 man-days of work as of May 13. The scheme had factored for about a crore jobs per day before the coronavirus pandemic broke out, but the reverse migration has led to a surge in wage seekers.

Nitin Gadkari, Minister for Micro, Small and Medium Enterprises has said that the stimulus package announced by Finance Minister Nitin Gadkari was far beyond expectations. “This is a booster dose for MSMEs and I’m confident that this will increase productivity, create more employment and increase exports. 45 lakh MSMEs will benefit from the package. There is no risk, there will be no problems due to sovereign guarantee. We have resolved issues regarding Rs 36,000 crore in Samadhan Portal and more than Rs 5 lakh crore of dues are pending. Within 45 days, all pending dues need to be given to MSMEs. Expect states to provide the pending dues to MSMEs within 45 days.” The finance minister said that Rs 2 lakh crore concessional credit will be extended to 2.5 crore farmers through Kisan credit card. Fisherman and animal husbandry workers will also be included under this scheme.

The government on Thursday said it is planning to remove regional disparity in regional wage by working towards a 'national floor wage' concept.

"Workers welfare is on our top agenda. We are proposing a national floor-wise wage rate so that uniform wage rate prevails across states," Nirmala Sitharaman said while announcing the second tranche of the economic stimulus package. 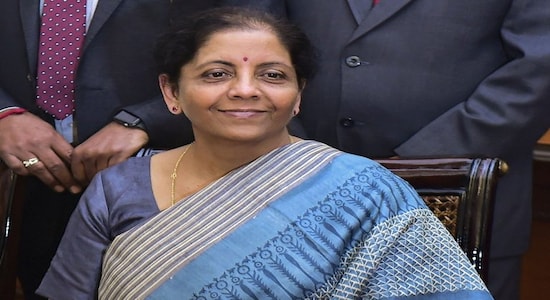 "NABARD will extend additional refinance support of Rs 30,000 crore for crop loan requirements. This is over and above Rs 90,000 crore to be approved by NABARD through normal finance methods to benefit 3 crore farmers, mostly small and  marginal farmers, to meet post harvest Rabi and current Kharif requirement in May/June," Sitharaman said.

COVID-19: From Kisan credit cards for agri loans - here's what govt says it has done for farmers
The union government has been providing liquidity support for farmers and rural economy over the last two months through banks, Kisan credit cards and interest subvention schemes, finance minister Nirmala Sitharaman said on Thursday while addressing a press conference on economic package related to migrant labourers, small farmers, and street vendors.Get latest Agriculture online at cnbctv18.com The government on Thursday said it is planning to remove regional disparity in regional wage by working towards a 'national floor wage' concept.

"Workers welfare is on our top agenda. We want to make right to minimum wage universal," Nirmala Sitharaman said in a press conference on Thursday.