Mithi: A river of plastic

Updated : July 24, 2018 01:42:35 IST
Mithi river runs along some of the prime locations of Mumbai such as Powai, Santacruz and Bandra Kurla Complex (BKC) before meeting the sea at Mahim Bay.
Mithi is also known as Mumbai’s storm water drain, as it carries the excess water received during the rains.

As part of our series on India’s water crisis, let’s put the spotlight on India’s financial capital, Mumbai.

On the face of it, Mumbai has no water scarcity, with excess rainfall seeming to be its biggest challenge.

But the city’s track record of handling its water bodies have been dismal and a case in point is its most abused river, Mithi. 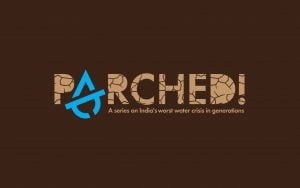 The river is also known as Mumbai’s storm water drain, as it carries the excess water received during the rains.

But ironically, Mithi has become the major cause of floods occurring in the Mumbai city.

When one hears the name of Mithi river, unfortunately, the deluge of 2005 is the first thing that comes to mind.

In 2005, Mithi river over-flowed, resulting in the loss of lives and property.

Since then, the Brihanmumbai Municipal Corporation (BMC) has spent crores of rupees to rejuvenate Mithi river.

“The BMC is trying to do their work nicely and has provided the funds as well. In the first step, we have given Rs 923 crore, second, Rs 1,239.60 crore was given. We also completed the third step in which Rs 640 crore was given,” said Sadhana Mane, chairperson, works committee, BMC.

Although, these figures run in crores, the 17 km long river still remains one of the most abused rivers of the city.

Black water, floating garbage and strong stench emanating from the river, are the few things that we saw at the origin of the river.

Mithi river runs along some of the prime locations of Mumbai such as Powai, Santacruz and Bandra Kurla Complex (BKC) before meeting the sea at Mahim Bay.

Over the years, Mithi river has fallen victim to development, where its land was reclaimed for building Mumbai Airport and BKC.

At every stretch, we can see floating garbage, encroachment by slums on its bank and construction debris lying around.

However, untreated industrial effluents are discharged into the Mithi river, which caused thick white foams to form near the industrial belt of Andheri east.

This makes the activists question, where did all the money spent on the Mithi river clean-up go?

The taxpayer’s money is spent in crores and still the citizens see the dirt, filth and garbage lying in the river.

The silt, which is cleared by contractors, is accumulated on the banks of the river and again goes back to the river.

It’s like all the money spent is going down the drain, said Godfrey Pimenta, founder, Watchdog Foundation.

But in its defence, BMC, India's richest municipal corporation, claims the work on Mithi river is an on-going process.

Despite cleaning Mithi by BMC, the river still gets flooded as entire desilting is not possible and it’s done in three steps, that is 70-15-15 percent.

“In that way, if heavy shower comes down, there is flooding. Then whatever work we have done go to the dogs,” Mane added.

But the experts claim the BMC is taking a myopic view and it needs to adopt a holistic approach.

“We have to look at social, economic and environment quotient of Mithi’s problem. Having identified all the problems, we will be able to come out with a solution which is holistic. That solution will be comprehensive and sustainable,” said Gautam Kirtane, urban issues expert.

There is absolutely no doubt that Mithi river plays a vital role in keeping Mumbai city safe from floods during the monsoon and also ensure the city’s ground water levels do not dip.

And now, it’s high time that the government, BMC and Mumbai’s residents get serious about the rejuvenation of this neglected and polluted river before it’s too late.