As India looks back to 1999, a retired army colonel from Assam who was part of Operation Vijay as Commanding Officer of 16 GRENADIERS recalls his life-altering memories from Kargil war – Indian Army’s greatest efforts in defence of our country.

Today, 20 years after the war, Colonel Dilip Kumar Borah (retired) remains proud that he got a chance to serve, lead and return with life-changing memories from Kargil – a reality that helped shape the man he is today. At the time, Colonel Borah was the Commanding Officer of 16 GRENADIERS, and for the second time. The battalion comprising about 900 soldiers was deployed in the icy heights of Dras in Jammu and Kashmir.

Speaking to the correspondent, Col Borah recalled moments from the Kargil operation, which he said were not pages from a war diary, but days that he can never forget. He has seen death up close, and while he did not suffer any physical wounds, the soldier returned with heavy ‘psychological baggage’ thrust upon him for his involvement in the war.

“I feel sad for the young lives lost, who were so full of life and looking forward to their future in the army…The radio operator who died while talking to me over the radio set, the young newly commissioned officer who volunteered for the dangerous mission to occupy Point 5240 at great risk to him and the troops under his command, those soldiers who held on to Point 5000 despite their friends and colleagues dying and lying injured around them, the young and energetic media persons who covered the war…” Leaving behind his wife and two sons, Col Borah had left Shillong on May 30, 1999 for Dras. Prior to that, he was serving as Colonel General Staff at the Infantry School Mhow, and later posted to Shillong in September 1998 to plan and oversee the air maintenance effort in Eastern Sector (Arunachal Pradesh) in co-ordination with the Air Force. Col Borah reached Dras on June 1, 1999.  He still remembers the day to be very cold, with the temperature hovering around 10-15 degree Celsius.

“The first flight from Delhi to Leh returned after one hour into the flight due to bad weather. We boarded the flight again the next day, and reached Leh. A vehicle was waiting for me at the airport to take me to Dras. The situation was grim as I read from faces - no success, but mounting casualties. I asked about my battalion, and was informed that many were blaming it for the current situation. I immediately knew that the task in hand will be far more difficult than I had ever thought about.”

‘Only two companies covered Dras in 1999’

“16 GRENADIERS was posted in Dras since last two years, occupying two company posts at two extreme ends of the battalion area of responsibility. There was an area extending about 20 km unoccupied in between the two companies. To the East was another vacant area of 10 km while to the West, an area of 50 km was unoccupied. The balance two companies were kept at Dras for quick reaction to any eventuality and anti-terrorist duties during the summer months. The area was considered low risk, and the then deployment proved that point. My predecessor, who was sacked for inefficiency and lack of leadership, had raised this issue during various discussions. As I understand, today 36-40 companies are deployed in the area earlier covered by only two companies,” says Col Borah.

He still feels bad for the Brigade Commander, Brigadier Surinder Singh and CO 16 GRENADIERS on being made scapegoats for a collective failure of leadership. On hindsight, Col Borah said there were signs of increased Pakistani activities, but those were not properly collated and analysed to get a correct picture.

“Another hindrance was our inability to overlook the enemy area in front due to the terrain constraints, which allowed them to carry out the build-up unobserved. If you see the map, the line of control (LC) runs in straight lines connecting the mountain tops in the area and do not follow any geographical boundaries like rivers or ridge lines. This make it all the more difficult to define the exact boundary.” With Company Commander and troops on the post on line of control.

“As I crossed Kargil and headed towards Kaksar, the vehicles came under intense machine gun and artillery fire from the Pakistani posts. Immediately, our guns returned the fire, and we arrived at Kaksar late afternoon, then the temporary HQ of 121 Infantry Brigade. The Brigade Commander, Brig Surinder Singh called me to meet him and discuss the situation. I spent the night at Kaksar and was constantly shelled the whole night. The next morning, I reached my battalion HQ at Dras. As I was approaching, we came under accurate mortar and artillery shelling directed from Tololing, which could observe a portion of the National Highway. Only the administrative staff and a few other soldiers were present there. The Commanding Officer was located at the forward post in LC. The news was bad - the whole battalion was dispersed along the entire area in penny pockets. As the area of operation was higher than 12000 feet, minimum second stage acclimatisation was required prior to induction.”

Taking over as CO, 16 GRENADIERS

Col Dilip Borah took over as the Commanding Officer (CO) of 16 GRENADIERS on the night of June 5, 1999.

“The CO was ordered to come down from the LC, and he reached Dras at 1.00 AM. Between 1.00 – 3.00 AM in the extremely cold Dras night, we exchanged the baton. I heard his story and assured him that I will do my best to protect the reputation which then seemed to be in tatters. The normal handing-taking over period is four days, but ours was completed in 2 hours.”

Even before Col Borah arrived, the troops were already engaged in action. Facing the full ferocity of enemy mortar and artillery fire, two companies at the Line of Control continued to hold their positions and improve their defensive postures by occupying heights nearby.

“On receiving report of infiltration, the reserve troops were sent to Batalik sector on June 9, 1999 where they were ambushed - with four soldiers suffering fatal injuries and three others wounded. The rest were sent towards Tololing and other occupied areas, where they were pinned down by accurate machine gun and mortar fire from the heights. The administration was in shambles with difficulty in supply of rations to the troops.”

In the meantime, as Col Borah recalls, HQ 56 Mountain Brigade was inducted in Dras to take over all operations in the area. Along with the troops of 56 Brigade came 18 GRENADIERS, 2 RAJ RIF and 17 JAK RIF. 18 GRENADIERS launched the initial assault on Tololing – it was gathered that recapturing this key ridge in Dras Sector would be the most crucial component of the war.

“Initial attacks were repulsed with our troops reaching within few metres of the height. They were pulled back for rest and refit, and the task was given to 2 RAJ RIF who finally captured Tololing on June 13, 1999. Thereafter, the troops of 56 Brigade captured Point 5060, Black Rock, Point 5100 and surrounding areas and the immediate threat to Dras and the National Highway was removed. One company of 16 GRENADIERS was employed for the attack on Point 5100, which was later occupied by them till the end of the war.”

Once reports of the infiltration were confirmed to be carried out by regular Pakistani soldiers, the induction of troops and equipment was conducted flawlessly and with such pace that it took everyone by surprise.

“The Bofors guns made qualitative change in our response to the Pakistani shelling. We were able to take out their bunkers with pin point accuracy. The induction of troops and equipment to make up losses were like never seen before. In my battalion of about 900 men, I had almost full strength in manpower and double/triple the number of support weapons. Fire power of troops had increased tremendously.”

“After the capture of Tiger Hill by 18 GRENADIERS on July 4 1999, the battle in Dras sector ended, but jockeying for important positions continued. Pakistan Prime Minister Nawaz Sharif announced withdrawal of their army from Kargil-Dras on July 5, 1999 and formal withdrawal by troops commenced on July 11, 1999. But they continued to occupy Point 5353 (a point on the LC through which the boundary passes), which gave them a direct view of the portion of National Highway to the West of Dras. In the near vicinity was Point 5240, which was not occupied by them. A plan was made to occupy the same.”

According to Col Borah, the approach was extremely difficult and a team of 18 troops led by an officer was selected. More than 50 troops were utilised to provide administrative support. The team took two days to reach the position. One automatic grenade launcher were deployed, and one medium machine gun was placed.

“This position gave a commanding view of the area ahead, which had been denied to us till then. The Pakistanis detected the occupation after 6/7 days and reacted violently, bringing down heavy mortar and artillery fire and simultaneously reinforcing Point 5353. Till today, we continue to hold Point 5240, while Pakistan occupies Point 5353.” 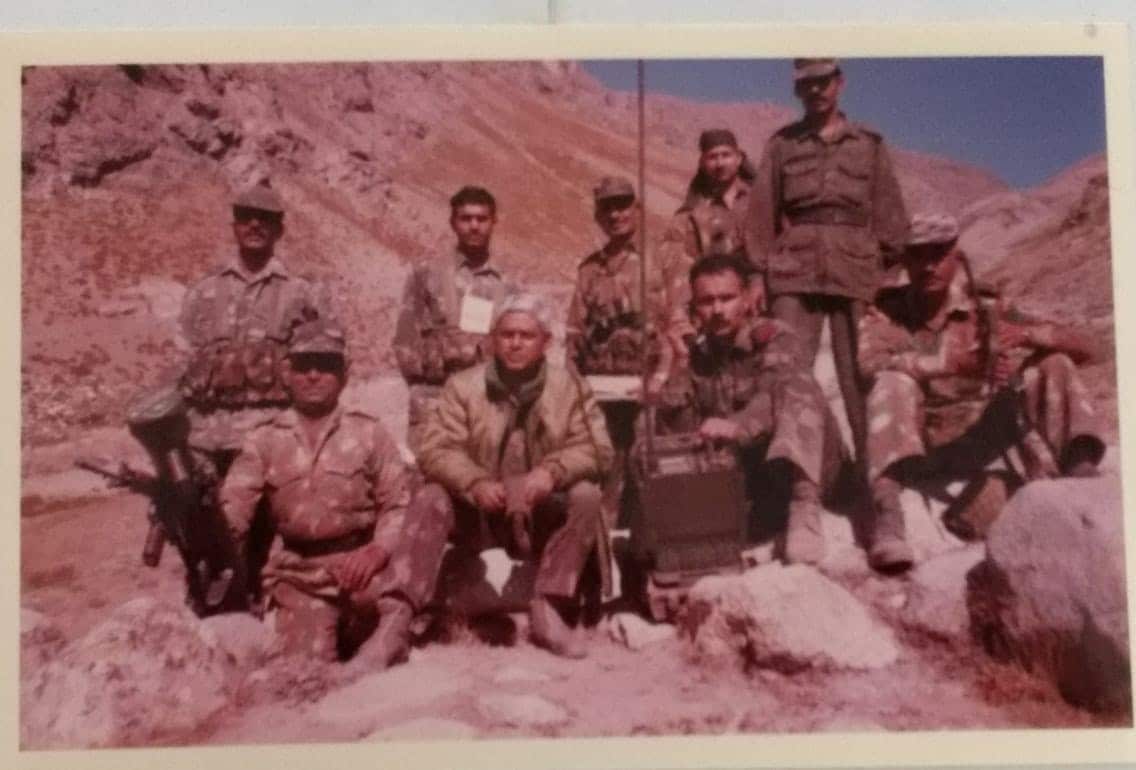 On the base of Pt 5240 controlling operation.

“The next plan made was to capture Point 5000, located on the LC. The post seemed unoccupied but the Pakistani troops were holding heights to the West and East of it. A task force of 67 troops were mustered with two officers, three JCOs and 63 soldiers. The operation was planned on the night of July 23-24, 1999. But it was postponed to July 24-25 when preparations were complete. The climb started after last light on July 24, and by early morning of July 25, major part of the troops were on top. As dawn broke, the troops were for the first time able to see the Pakistani troops with lines of tents and storage dumps.”

“On detection of our troops on Point 5000, they reacted violently by mortar, artillery and sniper fire from neighbouring locations. They also brought in additional troops by helicopters for counter attack, but could not launch due to extremely difficult terrain.”

“Despite heavy odds, our troops continued to hold that position with loss of five soldiers, and over 37 of them injured, some of them grievously. The reinforcements were sent on July 26, 1999, and the dead and injured were taken to a temporary helipad for their evacuation,” recalls Col Borah, adding that more than 60 additional soldiers were deployed to move down the dead and injured from the top of the mountain to a safe place from where they could be airlifted.

The war formally ended the same day– July 26, 1999. Thereafter, it was time to take stock of the situation and plan for post-Kargil deployment of troops, so that there is no repeat in future.

“16 GRENADIERS lost 11 brave soldiers and more than 50 were injured. Next two to three months were spent on relocating the troops to compact battalion defended area, and handing over areas to the East to other troops. Also preparations commenced to build infrastructure to house troops in the winter and stock them with supplies to last till next year.” 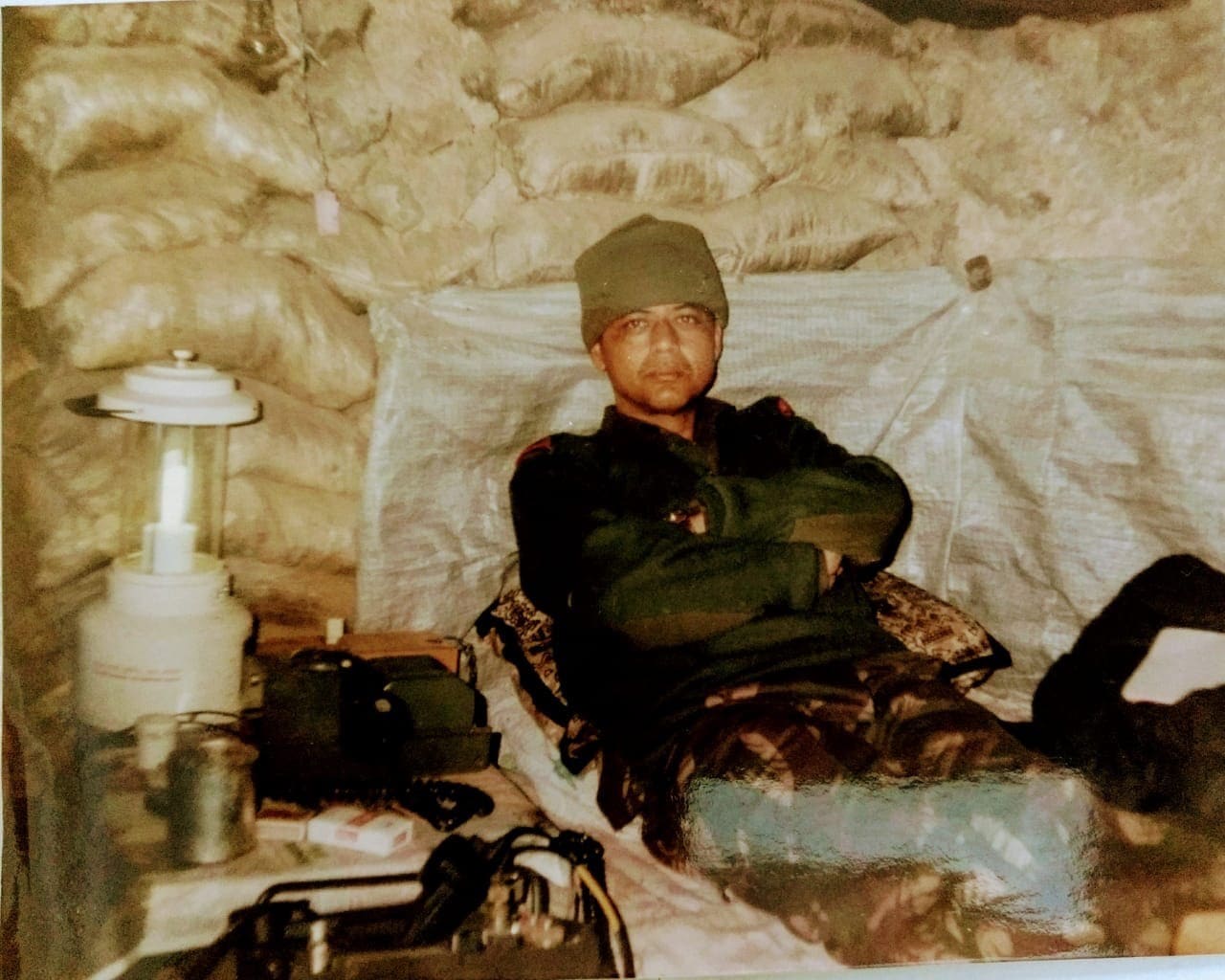 ‘Only thing worth dying for is your country’

For Col Dilip Borah, the lessons from Kargil are clear – the only thing worth dying for is your country. He had escaped a direct hit on his bunker, and while many did not make it home at all, Col Borah prayed to God for having been spared.

“The bravery of our soldiers is unparalleled in the world. I doubt whether any other army would have been able to recapture those daunting heights staring death in the face. Our soldiers are able to live with the most frugal admin support - with the never-say-die spirit and the determination to succeed against all odds.”

“What I personally take back from Kargil – nothing is worth dying for except your regiment and your country. Get away from all the petty quarrels of everyday life, and live life like a free man.”