Lockdown, taxes and debt: Why TN’s amusement parks have been hit extra hard during COVID-19

Updated : September 28, 2020 07:28 PM IST
Factoring in these challenges, the Indian Association of Amusement Parks wrote to Prime Minister Modi a fortnight ago, requesting an end to the ongoing lockdown on amusement parks.
Another letter has been written to Tamil Nadu Chief Minister Edappadi K Palaniswami requesting for a slew of relief measures for amusement parks on reopening.

Before Prime Minister Modi called for what was then supposed to be a 21-day lockdown exactly six months ago in March, the VGP Universal Kingdom in Chennai was attracting an average of 1.2 million visitors per year. It has been six months since the first phase of the lockdown began. Multiplexes and amusement parks like VGP continue to stay shut. Their owners have now begun running out of options to run a steady ship.

“We have been paying salaries, fixed expenses like electricity and maintenance charges. We are finding it increasingly difficult to keep paying salaries and bills when there is zero revenue," says VGP Ravidas, Managing Director of the VGP Group of companies, “It is affecting the industry, and we don’t know what our next step should be.”

Amusement parks in Tamil Nadu pay the most in taxes, electricity bills

Even if the business interruption caused by the COVID-19 lockdown were to be kept aside, amusement parks in Tamil Nadu find themselves at the short end of the barrel. Not only are these theme parks paying GST of 18 percent, but an additional “local body entertainment tax” that totals 10 percent of ticket prices over and above existing GST slabs. Tickets alone, account for 70 percent of VGP’s revenues. 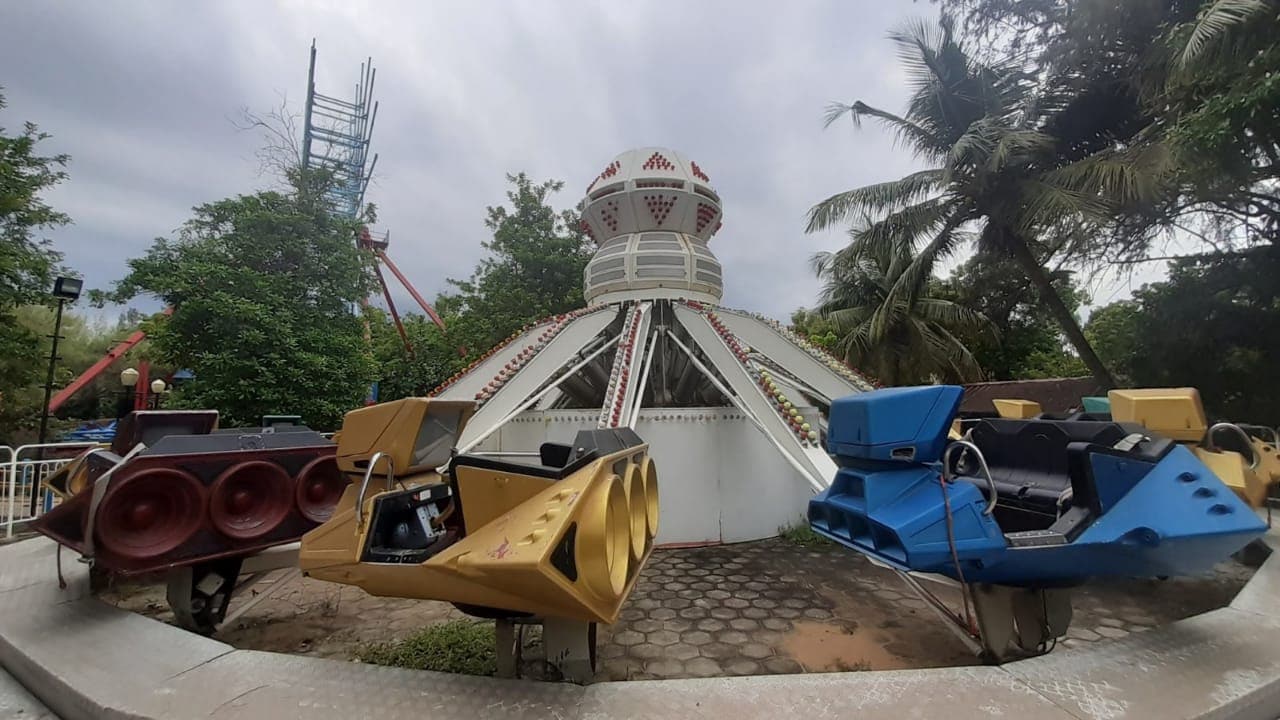 “Only Tamil Nadu has entertainment tax. We have been fighting the government for the last two years, and have requested the government (to abolish the levy), only to be told that they would look into it,” says Vincent Adailakaraj, Executive Director of Coimbatore-based Black Thunder.

“Ten percent is a huge tax. What makes matters worse is that the government is giving new amusement parks the option of paying no entertainment tax for the first years of their operations, which means we can’t compete with them in pricing even once we reopen for business,” Adailakaraj added.

Factoring in these challenges, the Indian Association of Amusement Parks wrote to Prime Minister Modi a fortnight ago, requesting an end to the ongoing lockdown on amusement parks. The letter reasons out that the large land tracts on which these parks are built will allow for the requisite social distancing that is to be followed by each business on reopening.

Another letter has been written to Tamil Nadu Chief Minister Edappadi K Palaniswami requesting for a slew of relief measures for amusement parks on reopening. This list includes abolishing the contentious local body entertainment tax, a state GST tax holiday for 12 months, and a rollback on fixed minimum electricity charges levied by the state electricity board that amusement parks pay even amid no operations and zero-revenue months.

“The fixed charge that the electricity board is collecting from us is a big expense. Apart from that, we also have to maintain the rides, whether we are running or not. We have to switch rides on every week for maintenance,” says Ravidas adding, “A park of our size means that these fixed costs total to about Rs 25 to 30 lakh per month. With zero revenue in hand, it becomes difficult to take care of these costs.”

“Our minimum electricity charges are about four-and-a-half lakhs, which we end up paying whether we run or not,” says Adaikalaraj, “Since we have other businesses we are able to manage, but most other parks have been finding it difficult,” he quoted. 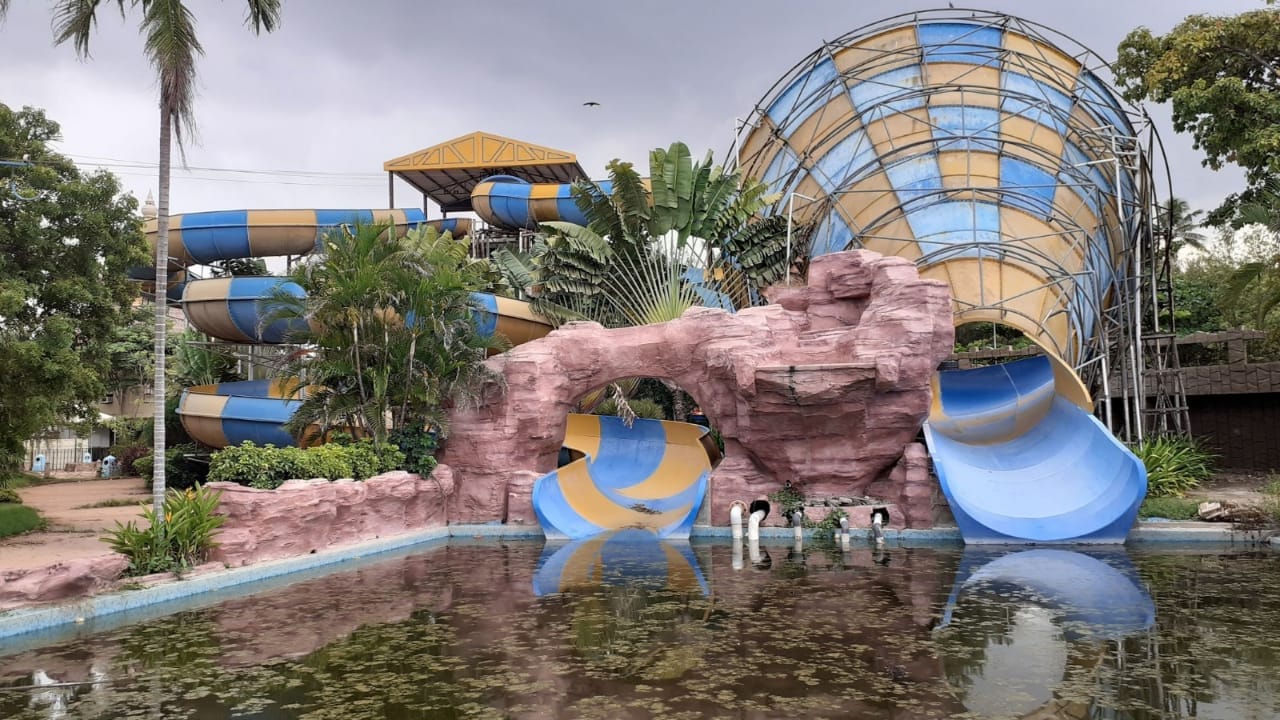 ‘Debt burden too much to bear’

What has worsened the situation for amusement parks like VGP is the company’s debt burden, thanks to new rides and investments like the company’s 115-crore the Marine Kingdom, a larger-than-life walkthrough aquarium that it built merely a year before the lockdown, modeled around SEA World at Singapore’s Sentosa Island.

VGP Marine Kingdom recovered around Rs 25 crore of its initial investment in the first year of business before the COVID-19 pandemic struck.

“We have all made huge borrowings to establish our facilities, buy rides, and make new investments. All those EMIs have been deferred. We don’t know when we are going to pay lenders back, so that is a big question mark,” said Ravidas.

Today, VGP is conducting experiential dining services at the Marine Kingdom, along with virtual tours of its walkthrough aquarium as a means of recovering but only a fraction of its pre-COVID cash flows. ‘No summer revenues, no hopes of school excursions’

The timing of the nationwide lockdown couldn’t have been worse for amusement parks, especially given that nearly 55 percent of the industry’s EBIDTA makes it through during the summer months. The continued closure of schools and colleges has only added to these revenue woes.

“Nearly 60 percent of our collection comes in April and May. So, we’ve lost the main season. The remaining 40 percent is due to schools and college excursions and visitor entry on vacation days. Now, with schools and colleges remaining closed, my amusement park could continue to remain at a standstill,” Adaikalaraj said. 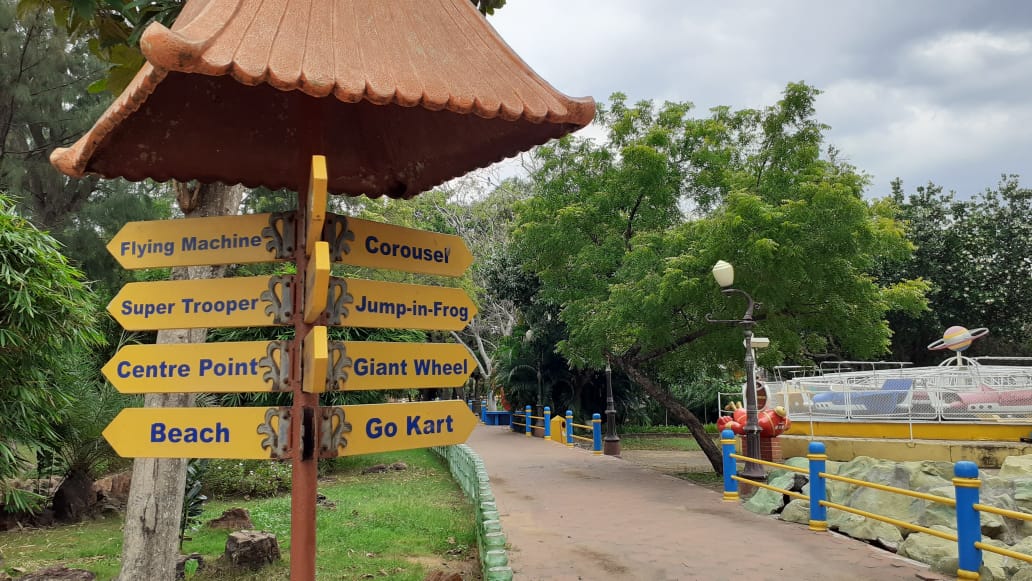 Perhaps the only silver lining amidst all this doom and gloom is that the amusement parks association has decided not to hike ticket fare when these venues are allowed to open again, given continuing apprehensions over whether visitors will make it back amid fears of the pandemic. However, should visitors make a beeline back to amusement parks, the months of zero-business and impending pressure of loans to be repaid with interest could intervene and dictate otherwise.
Tags Amusement Parks Chennai COVID-19 lockdown Tamil Nadu