Lockdown exit: Cement cos to restart Apr 20, but in no hurry to ramp up output

Lockdown exit: Cement cos to restart Apr 20, but in no hurry to ramp up output 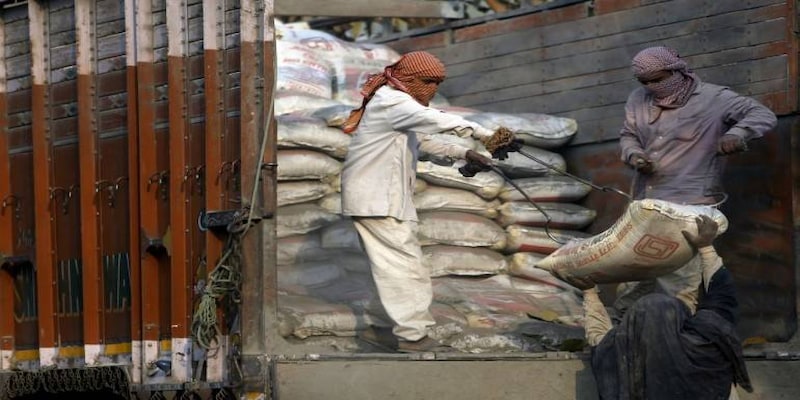 Cement companies will slowly resume operations from April 20, but are in no hurry to ramp up production as demand is quite weak, industry officials told CNBC-TV18.

"Starting operations is one thing, but whom do we sell the cement to?," said a cement company official who did not want to be named.
The government has allowed some road, infrastructure and  irrigation projects, to resume from April 20. But industry people say these account for a very small part of overall cement consumption. Building of independent houses--a major source of demand--is likely to be hit as people turn conservative because of loss of income.
Cement companies in the designated 'green zones' can start operations from April 20 after getting the requisite permission from the District Magistrate (DM). The permissions are not a given; it is at the discretion of the DM who is the ultimate authority on the matter.
But in the absence of demand, cement manufacturers are not too enthusiastic about running their plants at full tilt. Capacity utilisation at most cement plants will be sub-25 percent till the end of the month, CNBC-TV18 learns .
And demand is not the only issue, there are logistic problems as well.
Assuming cement is produced and there is some demand, there are likely to be 'red zones' enroute to the  to the ultimate buyer. Drivers are in short supply, as many are under pressure from their families to stay at home. And despite clarifications from the Home Ministry to state governments, there are reports of essential services staff being harassed by the local authorities and cops. That is deterring many drivers from reporting to work.
Then there is the issue of labour at the plants.  At most cement plants, contract labour accounts for 40-60 percent of the work force. Many of these labourers are migrants and have returned to their home towns. Industry officials do not expect them to return to work soon. Companies see no need to request these contract laborers to return quickly, as production is likely to be low for some time.
Opearting costs will be another consideration. Getting a cement kiln started  requires lot of fuel to be burned to achieve a specific heat level. If companies start operations and have to halt them for some reason, it adds to operating costs.
Because of all these factors, cement companies feel it does not make sense to ramp up production soon.
Conclusion
Demand for cement is expected to recover gradually as it may take longer for labor to return to work at various sites. An optimistic scenario would be if the government releases pending dues of ongoing projects which can come as a relief to cement industry. That is not easy given the revenue hit the government has had to suffer because of the lockdown.
Check out our in-depth Market Coverage, Business News & get real-time Stock Market Updates on CNBC-TV18. Also, Watch our channels CNBC-TV18, CNBC Awaaz and CNBC Bajar Live on-the-go!