While rebuilding Kerala comes with its own set of challenges, the district of Wayanad has had to deal with another burden: controlling the spread of diseases.

While rebuilding Kerala comes with its own set of challenges, the district of Wayanad has had to deal with another burden: controlling the spread of diseases.

In the last couple of weeks, thousands of locals and members of the district’s indigenous tribes have been making a beeline for health camps, here. Nearly five health camps have been set up in Wayanad alone since flood waters began receding.
Doctors at these camps see a minimum of 350 patients per day, and say there is a pattern to health concerns. 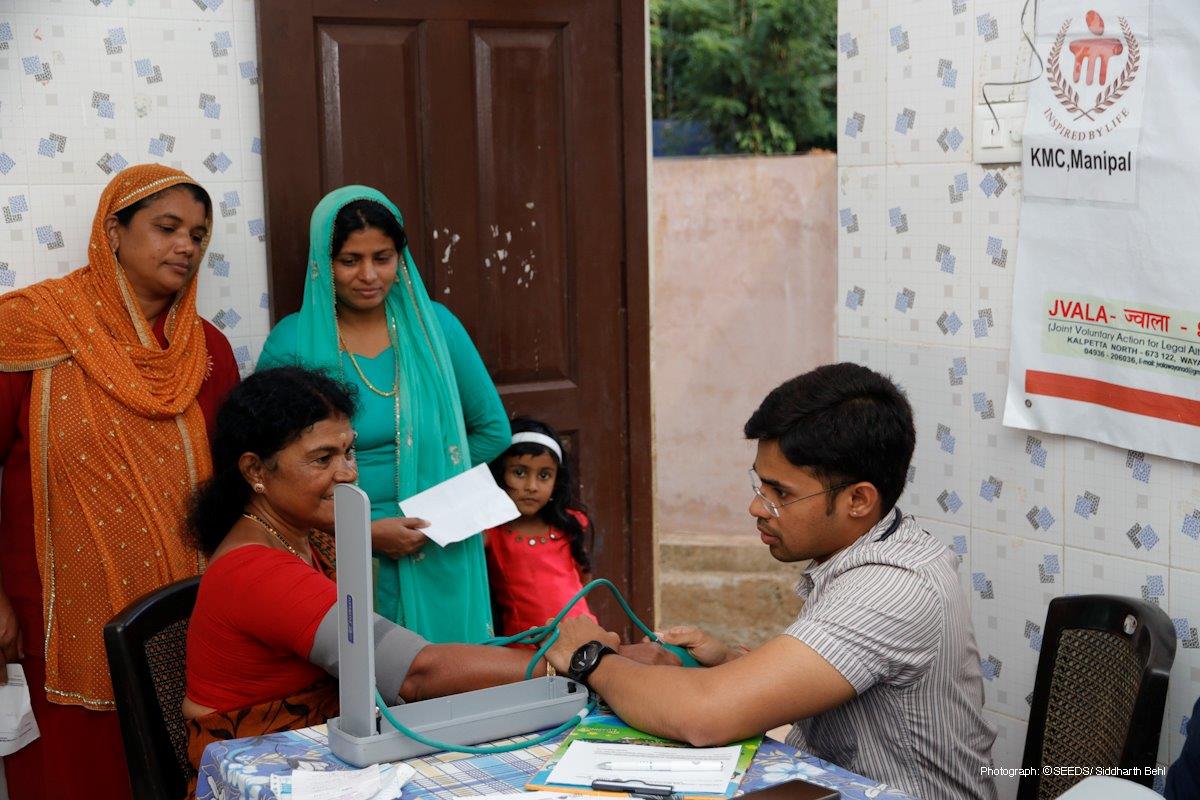 Doctors at work at one of the health camps in Wayanand.
“The common complaints are that of upper-respiratory tract infections, bacterial infections and post-flood skin infections,” said Dr Sumana Sharma, who is one of the doctors on duty at Wayanad’s Padinjathara Municipality.
“We have also been encountering a lot of fungal infections, mostly in post-flood areas,” said Sharma. Nearly 60 percent of patients visiting these camps, doctors say, are women.
Also Read-
Kerala flood rehabilitation: Volunteers help build transitional shelters to keep Wayanad going
On its part, the Kerala government has also issued clear instructions that any cases of communicable diseases like tuberculosis be reported to the health department immediately.
While bacterial diseases are a more recent occurrence, experts say its outbreak can be traced back to well water being contaminated with sewage. As on date, nearly 214 wells across Wayanad’s Mananthavady Municipality have been de-sludged and chlorinated. Earlier, these water sources were rendered dysfunctional on account of sewage water contamination. This has prompted the district administration to take no chances. The local administration has drawn up plans to de-sludge, chlorinate and re-water all the wells in flood-affected wards in an effort to avoid a major health crisis. "Out of 36 wards, 32 wards have been flood-affected,” said Vincent CA, Health Inspector, Mananthavady.
“In these 32 wards, chlorination, super-chlorination and de-sludging have been done. In addition to this, we have also de-sludged all public wells."
But there is no denying that all this will take time. And while thousands of residents have complained of ailments, this number is expected to multiply, across the State.
Also Read- Kerala floods aftermath: Here's how Wayanad district is recovering from the tragedy
Have you signed up for Primo, our daily newsletter? It has all the stories and data on the market, business, economy and tech that you need to know.
Check out our in-depth Market Coverage, Business News & get real-time Stock Market Updates on CNBC-TV18. Also, Watch our channels CNBC-TV18, CNBC Awaaz and CNBC Bajar Live on-the-go!