Inside the December GST collections: Maharashtra leads the way, J&K springs a surprise

The November GST collected in December did not see any major improvement and stands at just over Rs 1.03 lakh crore. While it did cross the Rs 1 lakh crore mark for the second month in a row, this is well below the central government’s target of Rs 1.10 lakh crore every month. However, almost all states and union territories, barring Jharkhand and Lakshadweep, saw their collections improve in December.

Despite the political uncertainty that dogged the state in the last few months, Maharashtra continues to lead the way with monthly GST collections at Rs 16, 530 crore.

This was 22 percent higher than the Rs 13,525 crore collected last year. This was also more than two times higher than Karnataka which collected Rs 6,886 crore, an 11 percent improvement compared to the same period last year. 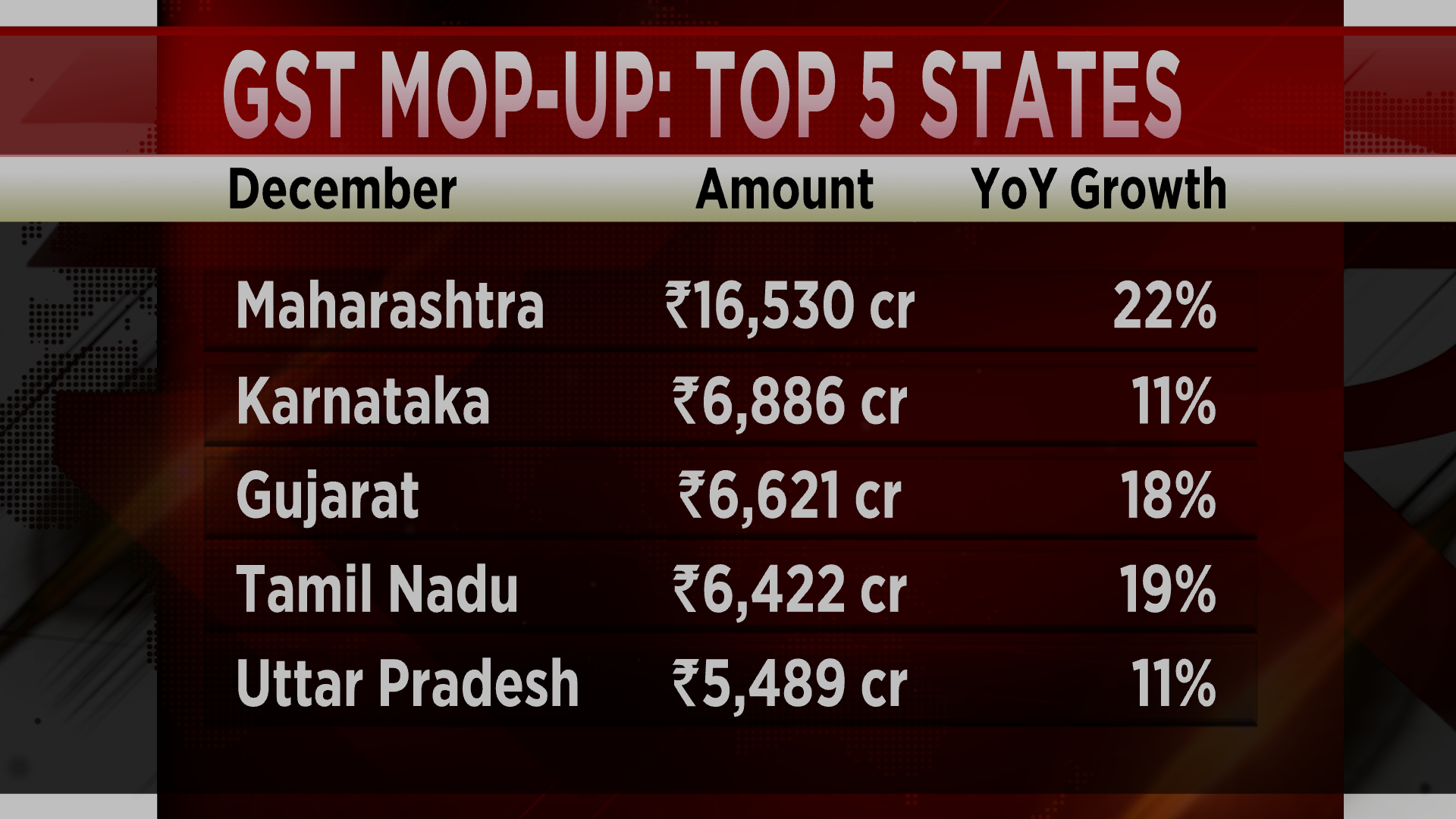 Another interesting trend was in Jammu and Kashmir. The state saw its GST collections in December rise by 44 percent to Rs 409 crore compared to Rs 293 crore collected last year. Business operations have been severely disrupted in there because of the military clampdown and internet shutdown.

Internet services remain suspended across the state except for a few pockets since the government stripped J&K of its statehood on August 5, 2019, after abrogating Article 370. SMS services for postpaid customers were only restored on January 01.

Haryana also managed to cross the Rs 5,000 crore mark to come in at sixth place. West Bengal, Delhi, Telangana, and Rajasthan completed the top 10 states in terms of revenue GST collected in December.