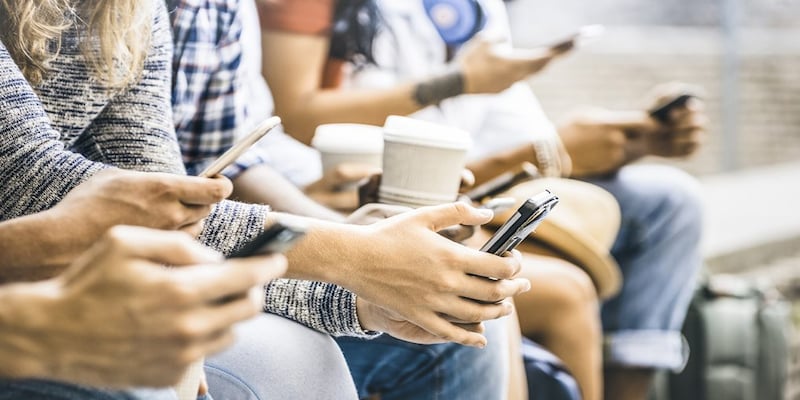 If you thought India’s young and happening were all about living life in the fast lane, you might want to think again. According to a study, a large number of millennial Indians are rather traditional when it comes to money, investments or financial planning.

If you thought India’s young and happening were all about living life in the fast lane, you might want to think again.

A large number of millennial Indians are rather traditional when it comes to money, investments or financial planning, a BankBazaar study reveals.
The survey, BankBazaar says, covered 1,550 respondents aged between 25 and 35 across 12 Indian cities.
Exactly half the sample, the survey says, was married; 64 percent of these respondents lived in metropolises.
All respondents had shopped online in the last month.
South India, the survey reveals is more ambitious than other regions, with an Aspiration Index of 88.57; Chennai topping the charts with a score of 88.86.
BankBazaar’s All-India Aspiration Index stands at 87.43.
‘Home’ Advantage
Home-buying tops the list of aspirations for the Indian millennial.
With a score of 69, it leaves ‘travel’ (score: 46) and ‘buying gadgets’ (score: 40) far behind on the list of priorities for the Indian millennial.
Interestingly, though, not everyone who aspires to buy a home considers the aspiration close to complete.
Home-buying, the survey says, has an aspiration gap of 12, while ‘staying fit’ has an even higher aspiration gap of 13.
Simply put, this means a large number of respondents feel there is still a long way to go before they buy a home or stay fully fit.
In contrast, ‘travel’ and ‘owning gadgets’ see much smaller aspiration gaps of 5 and 2.
“The gap between where millennials are today and the home they want to buy is large. They think there’s a long way before getting to where they want to be,” said BankBazaar CEO and co-founder Adhil Shetty, “But the gap for travel is much smaller. So, they’re saying, ‘I want to travel and I’m able to travel’.”
He explains, “This could be a result of how international travel is easy today, while owning a home is still difficult because of high prices.”
Playing It Safe?
A quick look at the investment portfolios of respondents also reveals strangely intriguing statistics.
The much-hyped image of the millennial risk-taker seems to fade away, with life insurance policies topping respondents’ investments.
Nearly 72 percent of the survey’s respondents had life-insurance policies, while 57 percent of the sample maintained a fixed deposit.
PPF-holders accounted for a meagre 36 percent.
The shocker however, is that mutual funds, investment avenues for the young and ambitious, were maintained by just 56 percent of the survey’s respondents.
“Fixed deposits have always been the traditional way to things (on the investment front),” Shetty explains, “Mutual funds, though, are growing rapidly among millennials. In a year from now, I’m sure that mutual funds are going to increase when compared to fixed deposits.”
Credit Happy
Nearly 61 percent of BankBazaar’s respondents said they were comfortable taking loans, although respondents from eastern regions registered a below-average 56 percent when it came to acceptance of credit liability.
In all, 88 percent all respondents own credit cards, with only 76 percent of respondents reported having taken a loan.
The surveyors however claim high credit card use isn’t necessarily an indication of plastic trumping other lines of credit.
“Credit card use is typically born out of impulse. You see that there is a sale somewhere with a 10 percent cash-back if you use a certain card; consumers want that card,” said Shetty.
“So, a lot of millennials use credit cards as a benefits-driver, and not as access to credit — because credit can be as high as 3 percent Annual Percentage Rate (APR), which is very high,” added Shetty.
DIY Investors
The survey reveals that 91 percent respondents preferred planning finances on their own, with only four percent entrusting money with a family member.
“If I’m getting my books online, my electronics online and my travel online, I can also get my financial services online,” said Shetty.
“The millennial investor feel empowered enough to understand that there is better information on his app than he can get from let’s say, his father’s friend,” Shetty said.
Just about five percent of respondents hired financial planners to help with investments.
Check out our in-depth Market Coverage, Business News & get real-time Stock Market Updates on CNBC-TV18. Also, Watch our channels CNBC-TV18, CNBC Awaaz and CNBC Bajar Live on-the-go!