While Western market watchers are looking at a slowing even recessionary 2023; the picture in Asia seems the opposite. In an interview to CNBC-TV18, Chetan Ahya, Chief Asia Economist at Morgan Stanley spoke at length about China unleashing a new lease of growth for itself and for Asia.

While western market watchers are looking at a slowing even recessionary 2023; the picture in Asia seems better. In an interview with CNBC-TV18, Chetan Ahya, Chief Asia Economist at Morgan Stanley spoke at length about China unleashing a new lease of growth after battling its COVID-19 problems and how this will impact the Indian economy.

According to the Morgan Stanley economist, India will not get much benefit from China's export problems adding that South Korea and Taiwan are more likely beneficiaries.
“India just gets some indirect benefits, but directly India does not get many benefits out of improvement in exports to China," he said.
The global firm expects India to clock healthy growth in the coming two years though with the inflation situation starting to cool off. Meanwhile, the investment management and financial services company expects China's GDP growth at 5.4 percent in 2023.
“We expect China's GDP growth to be at 5.4 percent in 2023. So that will be a significant driver to the region's growth next year,” said Ahya.
Also Read: This Credit Suisse analyst thinks China is a bright spot despite COVID surge — here’s why
According to him, there will be an upside to oil prices as China recovers.
“We have mentioned in the report that when China recovers, you will see some upside to oil prices. And so to that extent, our strategists has been favouring CNH relative to INR,” he said. 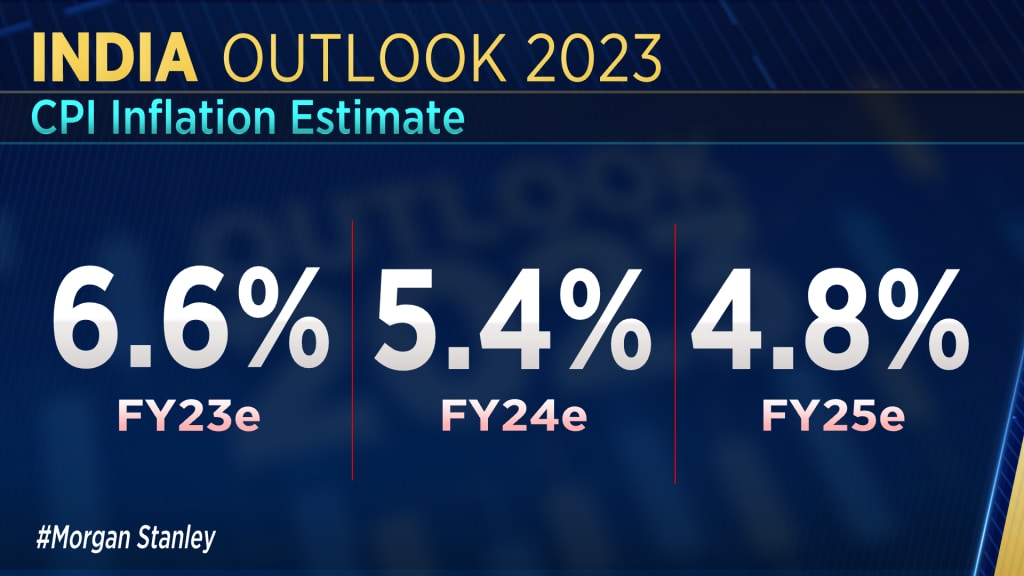 For India, Morgan Stanley expects a stronger balance sheet for the private sector and banks. It also expects a broad-based improvement in consumption and capex. The firm also believes that the RBI will hike rates until February 2023, taking the repo rate to 6.5 percent and will pause thereafter.
For more details, watch the accompanying video
Also, catch all the live updates on markets with CNBC-TV18.com's blog
Check out our in-depth Market Coverage, Business News & get real-time Stock Market Updates on CNBC-TV18. Also, Watch our channels CNBC-TV18, CNBC Awaaz and CNBC Bajar Live on-the-go!
Tags