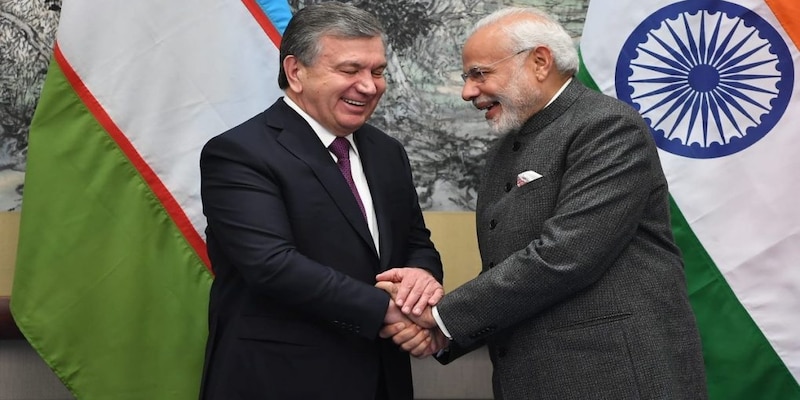 India and Uzbekistan on Monday reviewed the implementation of various key projects as well as initiatives including the status of negotiations for a bilateral investment treaty to boost economic ties.

India and Uzbekistan on Monday reviewed the implementation of various key projects as well as initiatives including the status of negotiations for a bilateral investment treaty to boost economic ties.

The review was carried out at the first meeting of the national coordination committees for monitoring implementation of mutually agreed projects between India and Uzbekistan, the Ministry of External Affairs said.
The new framework to monitor the implementation of important projects and initiatives was constituted under the directions of Prime Minister Narendra Modi and Uzbek President Shavkat Mirziyoyev.
The virtual meeting was co-chaired by Minister of State for External Affairs V Muraleedharan and Deputy Prime Minister and Minister of Investments and Foreign Trade of Uzbekistan Sardor Umurzakov.
"Both sides comprehensively reviewed the ongoing and planned activities of bilateral economic and trade cooperation, including the status of negotiations for concluding a bilateral investment treaty, preferential trade agreement, mutual market access for agricultural produce of both countries," the MEA said in a statement.
It said the meeting also reviewed the implementation of projects under India's Lines of Credit and cooperation between the state of Gujarat and the Andijan region of Uzbekistan.
"The co-chairs expressed satisfaction at the progress achieved in various projects and expressed hope that the expeditious completion of the projects will further strengthen bilateral trade and investment," the MEA said.
President Mirziyoyev visited India in 2018 during which both sides inked a total of 17 agreements providing for cooperation in a range of areas including agriculture, tourism, health, medical science, pharmaceuticals and space exploration for peaceful purposes.
Check out our in-depth Market Coverage, Business News & get real-time Stock Market Updates on CNBC-TV18. Also, Watch our channels CNBC-TV18, CNBC Awaaz and CNBC Bajar Live on-the-go!