The gross value added (GVA) in the second quarter of the current financial year (FY23) is up only 5.6 percent, which raises the question that is the economy not as strong as the GDP reading is indicating.

The second quarter GDP growth reading has come in at 6.3 percent which is in line with the Reserve Bank of India's (RBI) forecast. However, the gross value added (GVA) is up only 5.6 percent, which raises the question that is the economy not as strong as GDP number is indicating? Moreover, manufacturing is shockingly weak coming at a negative 4.3. On the bright side, agriculture is a robust 4.6 percent. Services is strong at 9.3 percent growth largely because trade, hotels, and transport category growing at 14.7 percent.
The other positive is private final consumption expenditure and capital formation readings are both in double digits. One more factor that one needs to remember is net exports. Imports have grown much more than exports, the net imports are almost double what it was a year ago. This is a drag on the GDP. Mridul Saggar, a former member of the Monetary Policy Committee believes that global exports are slowing and this will give India fewer opportunities.
“Slowdown seems to be coming. It's coming globally, it's coming less in India. In India, domestic factors have also driven the growth down. So that is the main aspect of it,” he said. 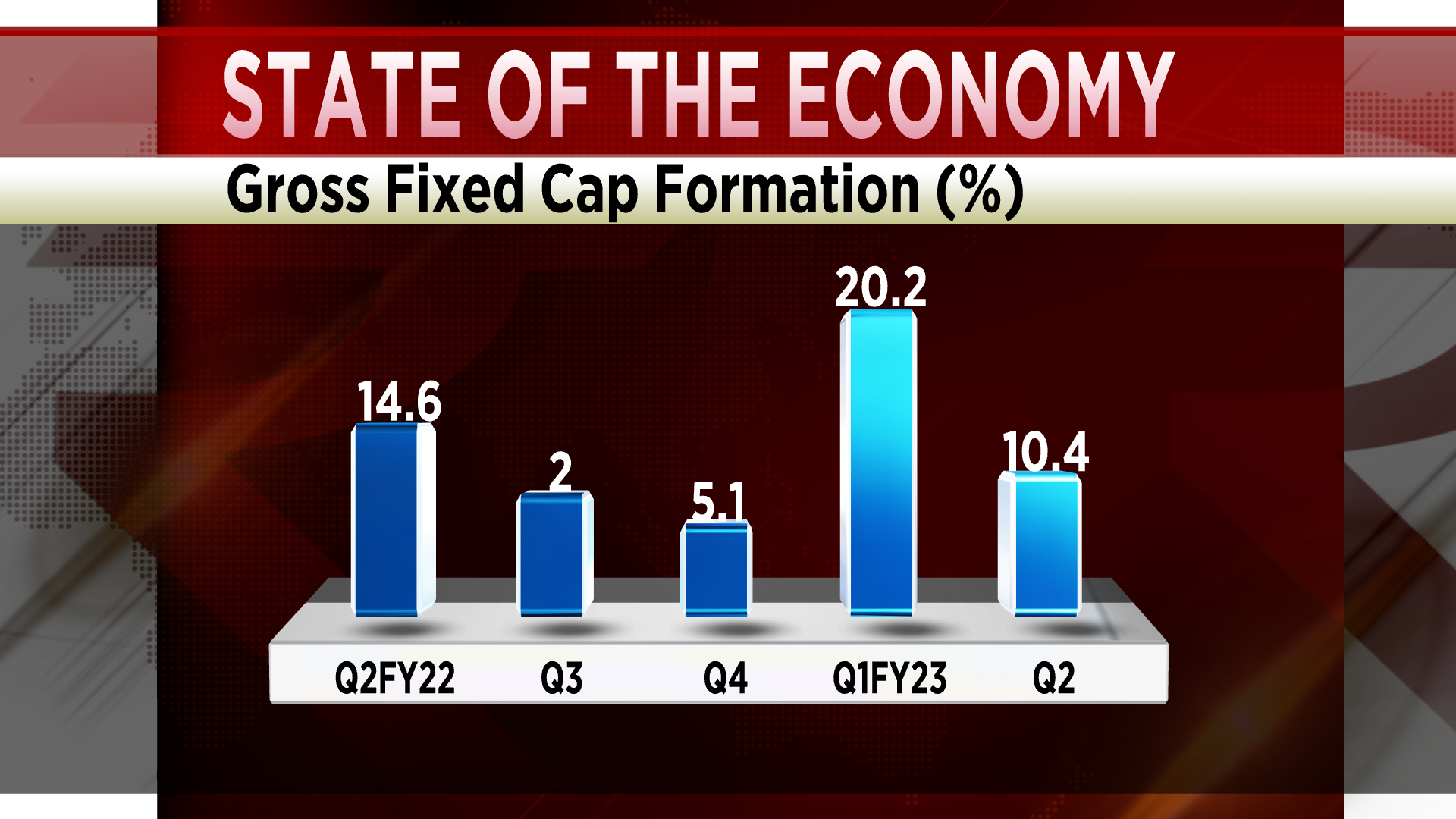 Also Read: India Q2 GDP growth slips to 6.3%, dragged down by manufacturing & mining sectors
The Chief Economic Advisor at the State Bank of India, Soumya Kanti Ghosh, believes that the GVA reading was higher than expected.
“The GVA numbers at 5.6 percent was a little higher than what we were expecting and the gap between GDP and GVA at 70 basis points (bps) is actually a little bit on the higher side but that was expected given the robust tax collections,” he analysed.
According to Upasna Bhardwaj, Senior Economist at Kotak Mahindra Bank Upadhyay, the GDP plus GVA split will have a bearing on quarter-one advance estimates and consequently budget estimates too. “GDP-GVA split number was important because this will have a significant bearing on the first advanced GDP estimates that we will get early next year. And that will have a significant bearing on the budget math both for this year and next year. So this comes as a relief,” he explained.
For the entire discussion, watch the accompanying video
Catch the latest stock market updates with CNBCTV18.com's blog
(Edited by : Abhishek Jha)
Check out our in-depth Market Coverage, Business News & get real-time Stock Market Updates on CNBC-TV18. Also, Watch our channels CNBC-TV18, CNBC Awaaz and CNBC Bajar Live on-the-go!
Tags