India is the fastest-growing major economy in 2022 with projected growth of 6.4%: UN

India is the fastest-growing major economy in 2022 with projected growth of 6.4%: UN 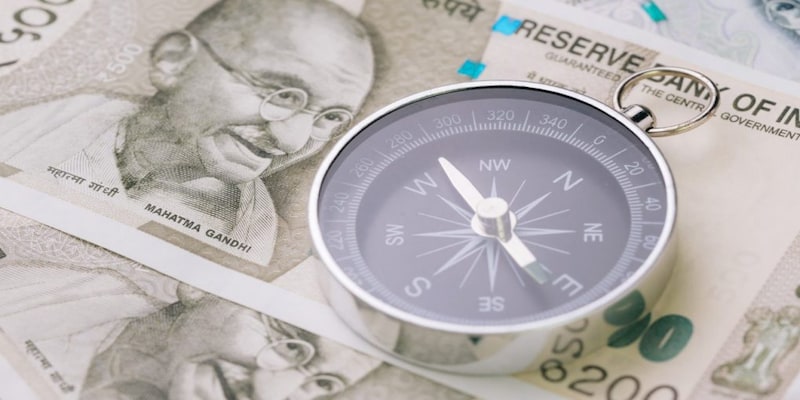 India is a little bit in a better position as it did not have to aggressively pursue monetary tightening compared to other countries in Latin America. Brazil has raised interest rates repeatedly.

As the Ukraine conflict impacts the global GDP, India is projected to grow by 6.4 percent in 2022, slower than the last year's 8.8 percent but still the fastest-growing major economy, with higher inflationary pressures and uneven recovery of the labour market curbing private consumption and investment, according to a UN report.

The UN Department of Economic and Social Affairs said in its World Economic Situation and Prospects (WESP) report released on Wednesday that the war in Ukraine has upended the fragile economic recovery from the pandemic, triggering a devastating humanitarian crisis in Europe, increasing food and commodity prices and globally exacerbating inflationary pressures.
The global economy is now projected to grow by only 3.1 percent in 2022, down from the 4.0 percent growth forecast released in January 2022. Global inflation is projected to increase to 6.7 percent in 2022, twice the average of 2.9 percent during 2010-2020, with sharp rises in food and energy prices, it said.
The report said that the outlook in South Asia has deteriorated in recent months, against the backdrop of the ongoing conflict in Ukraine, and higher commodity prices and potential negative spillover effects from monetary tightening in the United States.
The regional economic output is projected to expand by 5.5 percent in 2022, which is 0.4 percentage points lower than the forecast released in January. India, the largest economy in the region, is expected to grow by 6.4 percent in 2022, well below the 8.8 percent growth in 2021, as higher inflationary pressures and uneven recovery of the labour market will curb private consumption and investment, it said.
For the fiscal year 2023, India's growth is forecast to be 6 percent. Lead Author & Chief, Global Economic Monitoring Branch, Economic Analysis and Policy Division, United Nations Department of Economic and Social Affairs Hamid Rashid told reporters at the UN Headquarters that almost all regions in the world are affected by high inflation except for East Asia and South Asia.
He said India in that sense is a little bit in a better position as it did not have to aggressively pursue monetary tightening compared to other countries in Latin America. Brazil has raised interest rates repeatedly.
India's projected growth for 2022 is 6.4 percent, a downward adjustment of 0.3 percent from January. We expect Indian recovery to remain strong in the near term, in the next year and two, but again we cannot completely discount the downside risk that would come from external channels. So that risk is still there, he said.
Also Read:
UN chief Antonio Guterres in talks with Russia, Ukraine on restoring grain exports amid global food crisis
The report added that higher prices and shortages of farming inputs including fertilisers are likely to persist in the region, negatively impacting the agricultural sector in Bangladesh, India, Pakistan, and Sri Lanka. This will probably result in weaker harvests and exert further upward pressures on food prices in the near term, the report said.
It said along with higher energy prices, elevated prices of food will likely increase food insecurity across the region. Consumer price inflation in the region is expected to accelerate to 9.5 percent in 2022, from 8.9 percent in 2021. The report also said that tighter external financial conditions will adversely affect regional growth prospects, especially for countries with high exposure to global capital markets facing debt distress or risks of debt default.
The pandemic left many countries with large fiscal deficits and higher and unsustainable levels of public debt. Sri Lanka is currently facing a debt crisis and discussing a new IMF-supported programme to bring its economy out of the crisis, it said.
The downgrades in growth prospects are broad-based, including the world's largest economies the United States, China and the European Union and the majority of other developed and developing economies, it said.
The growth prospects are weakening particularly in commodity-importing developing economies, driven by higher energy and food prices. The outlook is compounded by worsening food insecurity, especially in Africa, it added.
Growth forecasts for the United States, European Union and China have been revised downward, with the European Union registering the most significant downward revision. The European Union economy most directly hit by disruptions in the energy supply from the Russian Federation is now expected to grow by 2.7 percent in 2022, down from 3.9 percent expected in January.
The United States economy is expected to grow by 2.6 percent in 2022 and 1.8 percent next year, while China is expected to grow by 4.5 percent in 2022 and 5.2 percent in 2023. The developing countries, as a group, are projected to grow by 4.1 percent in 2022, down from 6.7 percent in 2021, the report said.
The war in Ukraine in all its dimensions is setting in motion a crisis that is also devastating global energy markets, disrupting financial systems and exacerbating extreme vulnerabilities for the developing world, UN Secretary-General Antonio Guterres said.
Also Read: Over 50 heads of government to attend World Economic Forum's annual meeting
We need quick and decisive action to ensure a steady flow of food and energy in open markets, by lifting export restrictions, allocating surpluses and reserves to those who need them, and addressing food price increases to calm market volatility, he said.
(Edited by : Asmita Pant)
Check out our in-depth Market Coverage, Business News & get real-time Stock Market Updates on CNBC-TV18. Also, Watch our channels CNBC-TV18, CNBC Awaaz and CNBC Bajar Live on-the-go!