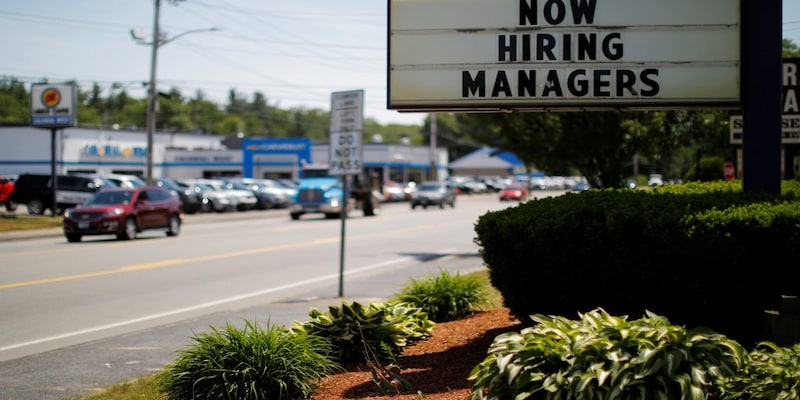 India Inc expected to raise their hiring budgets by 34 percent and volumes by 31 percent in 2019, according to a report.

India Inc expected to raise their hiring budgets by 34 percent and volumes by 31 percent in 2019, according to a report.

"The average hiring volumes are expected to rise by 31 percent in 2019, compared to 25 percent last year," according to Mercer-Mettl's 2nd Annual 'State of Talent Acquisition 2019'.
In addition, the report revealed that companies that were surveyed are expected to raise their hiring budgets by at least 34 percent compared to 20 percent of companies in 2018.
The report is based on a survey of over 900 recruitment decision-makers including VPs, SVPs, EVPs, C-suite executives, directors, managers and HR executives from across the country.
The report noted that technology will be a critical driver for achieving better outcomes, as well as for adapting to the growing changes in the job market and the hiring landscape.
These outcomes are limited not just to recruiting an adequate number of professionals and retaining them but also managing their human capital efficiently.
According to the report, technology is employed extensively in sourcing (88 percent) candidates, while it is used the least when-boarding (49 percent), candidates.
In addition, a lack of budget (33 percent) is the biggest obstacle to implementing technology in the talent acquisition process.
"Finding and hiring the best candidates for various roles, especially those that involve in-demand skills, has become more difficult, expensive, and time-consuming process as the business landscape evolves. While the competition to attract the 'top' talent is getting increasingly intense each day, the only way for companies to ensure their success is through the use of technology to augment these processes," Ketan Kapoor, CEO, Mercer-Mettl, said.
Moreover, he said, 2019 will bring with it a whole new set of trends that will significantly impact the hiring landscape across various sectors.
Human capital acquisition remained a critical issue in the country with employers indicating that 'finding quality talent' is a problem, especially in the Northern region (84 percent) of the country.
This is followed by the South where 82 percent respondents said talent acquisition is their biggest challenge, followed by the East with 71 per cent organisation and West 58 per cent, the report said.
The situation is comparatively better for larger organisations, as 67 per cent of respondents from the category said they face the least resistance in talent acquisition, although the challenge still persists in certain aspects of
the process.
Finding talented employees for specific roles has become a major stumbling block for organisations even when they are ready to offer remunerations that are considerably higher than the market standards, the report added
Check out our in-depth Market Coverage, Business News & get real-time Stock Market Updates on CNBC-TV18. Also, Watch our channels CNBC-TV18, CNBC Awaaz and CNBC Bajar Live on-the-go!