Updated : June 17, 2019 04:06 PM IST
Territoriality through traditional self-governance played a key role in successful and sustained anti-dam protests by two indigenous communities in Lachen and Lachung in the eastern Himalayas.
While many anti-dam protests have not been successful in northeast India, they worked in Sikkim’s Lachen and Lachung because of the deployment of notions of identity.
The consequences of resisting hydropower development have not been easy for the Lachungpas and Lachenpas but have strengthened their resolve to not allow any hydropower projects.

For two small indigenous communities in the eastern Himalayas, the fight against hydropower power projects (HEP) goes beyond the battle to protect fragile mountain ecologies of northeast India, a hotbed of dam building.

A study suggests that in land-locked Sikkim, the principle of territoriality, marshalled through a traditional system of self-governance called ‘Dzumsa’, has helped shape the “successful” contestation of dams by two closely-associated indigenous communities of Lachung and Lacheng valleys (Lachenpas and Lachungpas).

Underscoring the communities’ collective action in the sustenance of the anti-dam movement, researcher Rinchu Doma Dukpa, writes in the study that regardless of the external advocacy for large dams, the Lachenpas and Lachungpas successfully mobilised and to this day maintain a unanimous anti-dam position.

Since 2003, over 168 large dams for hydropower development have been proposed in the eastern Himalayan region of India with people-powered movements that have occasionally turned violent, playing a key role in protesting projects on ancestral lands in northeast Indian states.

Dukpa, an economist by training, was born and raised in Darjeeling in northern West Bengal, bordering Sikkim. As a teenager, she witnessed dam developments on the river Teesta, flowing through the two states. She was later driven to pursue research on, as she puts it, “dams and nothing else.”

“But my preliminary reading of existing papers (even though they were limited), particularly on Sikkim, revealed that the conflicts arising out of dams there went much deeper than the environmental issues,” she explained.

Dukpa, now at the Netherland’s Wageningen University and Research, discussed with Mongabay-India how territoriality emerged as a strategy among the people in Lachen and Lachung, two realms in Sikkim’s North District that are roughly 60 km apart from each other. 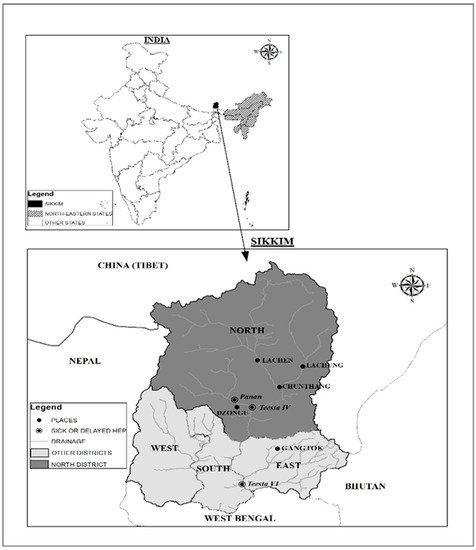 For the Lachungpas and Lachenpas (meaning people of Lachung and Lachen in Tibetan), mountains and glacial lakes surrounding the two valley regions hold great significance as they are considered to be the abode of their guardian-deities (Lhasungs), revered and feared in these high mountain knowledge systems.

In addition to their apprehensions over socio-economic and environmental impacts of dams, the Lachungpas and the Lachenpas were also deeply concerned about how these new developments (dams) would threaten territoriality and their roots, elaborated Dukpa.

Which means they were concerned over the defence of place (territory), of place-based institutions and the community’s unique collective identity as well as their meanings, values and indigenous modes of living and traditional knowledge.

“Hence, territoriality has emerged as an important dimension shaping successful contestation because influences many other pertinent factors such as identities, collective actions, placemaking and so on,” Dukpa said.

She underlines that ironically, it is the neighbouring region of Dzongu, inhabited by tribal Lepchas, that literature and media consider as the epicentre of anti-dam movement in North Sikkim. “Even though a few dams have been scrapped in Dzongu this is remarkable since — unlike Lachung and Lachen — two mega dam initiatives have been implemented there with little resistance,” Dukpa said.

Governed by their traditional ruling bodies, the Dzumsa, the Lachengpas and Lachungpas tribes powerfully contested and managed within a short time frame of a few years, to cancel all the five hydropower projects, proposed in their area. 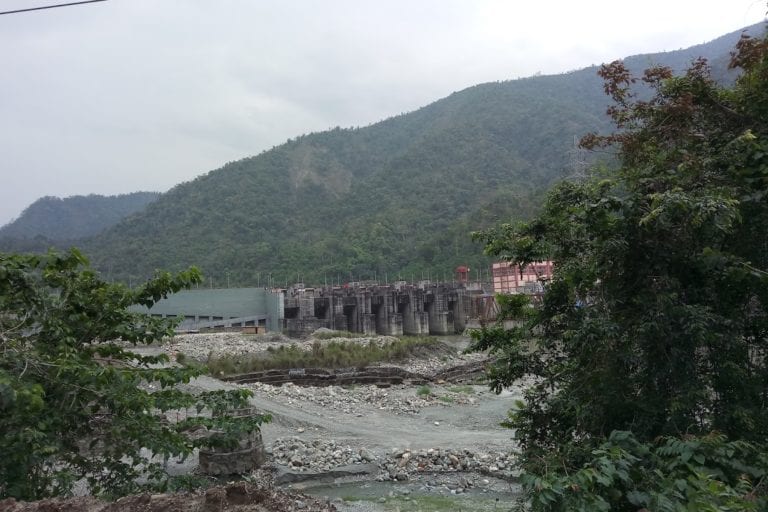 Hydropower dams on the Teesta. Photo by Sahana Ghosh/Mongabay.

These scrapped projects include two large dams in Lachen that formed the Teesta cascade dams, the series of six hydropower dams—Teesta Stage I, II, III, IV, V and VI that were conceived as early as the 1970s.

“This defense is strategically organised around the traditional system of self-governance, the Dzumsas,” the study underscores.

Unlike Gram Panchayats, administratively both Dzumsas, all male, are composed of (and chaired by) Pipons, who are normally the village-headmen. They are also politically neutral.

Dukpa reasoned that many northeastern states have a very similar context like that of Lachung and Lachen in terms of governance structures, tribal populations and so on, but resistance, particularly against hydropower dams have been far from successful or effective.

And in Sikkim itself, hydropower development contestation is diverse – while some are able to resist dam development, many cannot. Which is why the anti-dam movement in Sikkimis “unique”.

Further, the valley regions are fully electrified by micro-hydel projects (3 MW Lachung Small HEP and the 3 MW Chatten HEP in Lachen) developed in the late 1980s and energy is a vital need in these high-altitude cold regions that face frequent power cuts.

“It is therefore surprising that the large-scale hydropower development planned here with the promise of free electricity and other developmental gains, was fiercely opposed,” notes Dukpa in the study.

Territory and territoriality are key markers of the collective Lachungpa/Lachenpa identity construction that helped impose restrictions on any pro-dam activity.

It worked in Lachen and Lachung because of the deployment, amongst others, of fear-driven practices as the ‘Chya’ through the Dzumsas, said Dukpa, who conducted extensive interviews within the community that hosted her during her research.

Chya is the practice of invoking guardian deities (believed to be residing in the mountains and glacial lakes) to collectively curse to punish “unknown” or dangerous perpetrators, in this case dam supporters, including Dzumsa heads and members who have been lured by money by power companies to try and build consensus among the people on getting dams approved.

“The Dzumsas served to expel its leaders (the Pipons), announce and enact boycotts and the dreaded Chya ceremony against its own members,” the study said.

“Recently, Chya has been banned in Lachung at the request of the Lachung Rinpoche (learned monk) as the Buddhist practice of compassion does not support destruction and ills wished upon another. However, the practice continues in Lachen,” the study said.

However, this present day rock-solid structure of the Dzumsas has been at times shaken up by instances of polarisation, which eventually led to stricter enforcement of their anti-dam stance.

For instance, in 2005-2006, an independent private power company was able to rupture the collective decision in Lachung, despite the promise to say no to hydropower development and the scepticism among Lachungpas and Lachenpas regarding such developments.

In Lachung, following the brief tryst with the company and the internal fractures, an oath was taken by many Dzumsa members at Thomchi Gumpa in 2010, their main monastery, to never allow a hydropower company to enter Lachung, Dukpa documented in the study.

“At this oath ceremony, fears of social exclusion and boycott from Dzumsa were announced for any remaining pro-dam supporters. This was followed by a series of new conditions set for Dzumsa members of Lachung. First, only those individuals who contested all hydropower projects would be eligible to become Pipons,” the study said.

Secondly, all Lachungpas were restricted from talking about or to “company persons”, at least within the borders of Lachung.

If anyone was found doing these, they would be boycotted from the society and sanctioned out of the Dzumsa, said Dukpa.

The consequences of resisting hydropower development have not been easy for the Lachungpas and the Lachenpas.

“This has resulted in official forms of punishment and coercion, mostly done through job transfers of government employees vocal against the hydropower development plans. But these developments have only served to strengthen resistance,” Dukpa posits.

Talking to Dukpa during her surveys, an elderly Lachungpa likened their position to the Tibetans if they find themselves bereft of their land: “The Tibetans are just refugees for the rest of the world. If our land goes, what will happen to our identity? This is why we have to protect this place for us to stay rooted and come back here no matter where we might occasionally go.”