How to re-energise the Indian manufacturing sector? Here is what business leaders say

Updated : July 16, 2019 08:13 PM IST
Around 74 percent of the business leaders expect growth to gallop along in the next 12 months.
Simplification of processes to reduce procedural delays at export gateways and creation of digital platforms are imperative.

The new budget is out and a lot has been discussed on what it actually said and what it really meant. Expert guesses and amateur theories apart, only time will prove whether we make it to a $5 trillion economy, with $1 trillion of that wealth coming from the manufacturing sector. The reality is that this will happen only with deeper reforms and not just superficial gestures that pass for reforms because manufacturing is going to become competitive. Technologies such as 3D printing, Internet of Things, Blockchain and Artificial Intelligence are affecting what is traded, the composition of trade and trade costs, according to the latest World Trade Report.

FICCI Secretary General Dilip Chenoy stated in a PricewaterhouseCoopers (PwC) report ‘India Manufacturing Barometer 2019’ that “It will not suffice if manufacturing grows at a higher rate than GDP; the growth rate needs to be in double digits to ensure that adequate employment opportunities are available for our growing and young labour force.” He also said that while traditional sectors like leather and textiles need to be supported, for sustained growth, hi-tech products in industries like defence, green technologies, electronics and digital technologies will provide the future growth engines.

Bimal Tanna, Partner and Leader, Industrial Products, PwC India, also added that in some sectors such as automobiles and auto components, chemicals, electrical machinery, food processing, leather, pharmaceuticals and textiles, business leaders are expecting faster growth compared to what has happened so far. The PwC report surveyed CEOs, COOs and CFOs of manufacturing companies that contribute at least 12 percent to the GDP, and in the sectors mentioned above. Both large- and medium-sized companies were looked at, and the mix of technology and human labour inputs were also studied.

He also stated in the report, “They contend one of the key reasons for faster growth is the focus on Ease of Doing Business and the introduction of reforms such as GST that are opening up new vistas for investments across the country.” Around 74 percent of the business leaders expect growth to gallop along in the next 12 months. Twenty-one percent believe it will be stagnant and 5 percent felt it will slow down. As many as 58 percent felt that their sectors would grow by 5 percent more in the next year. Other reasons for such optimism are enhanced investment in R&D and innovation. But it does expect the government to do its bit too, which is integrate with industry global value chains and focus on ecosystem reforms. It has made Ease of Doing Business (EoDB) reforms happen and  that has helped India jump 53 places on the World Bank’s ‘Doing Business’ Index in two years.

India overtook France to become the sixth largest economy in the world in 2017 and initiatives such as Make in India, Startup India and Digital India played a huge role in achieving this feat. The country is now expected to displace the United Kingdom and get to the fifth position in FY2018–19. 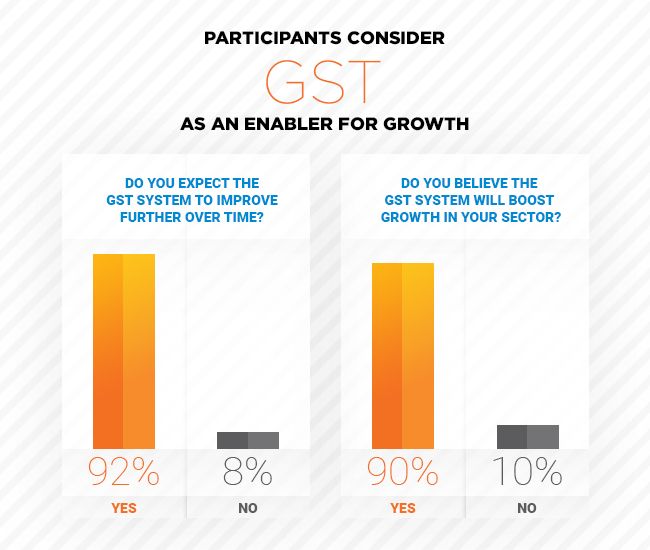 The uniform goods and services tax (GST) has eased logistics and related services according to 51 percent of the respondents, 46 percent felt there was no change and 3 percent actually felt there was a decrease in efficiency. And 66 percent feel that GST will increase both foreign and domestic investments, across the economy. A huge 90 percent believe that GST will prove to be a growth enabler in their specific industry. 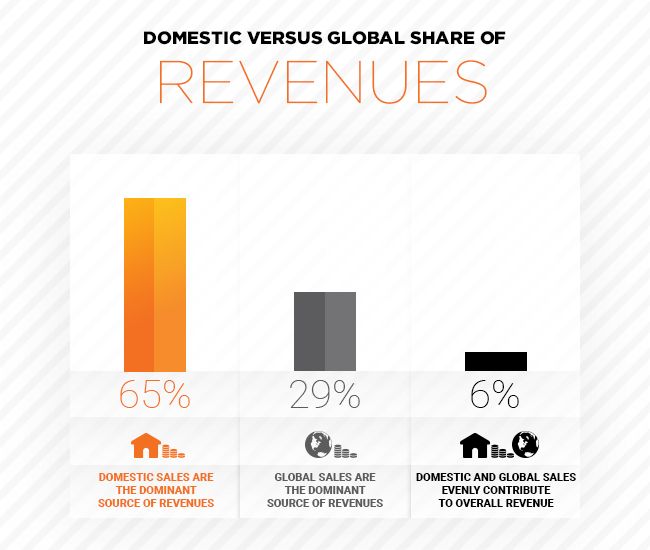 While the survey is all about positive sentiments, the reality is that globally, protectionism is on the rise, and further investment in R&D, product development and seamless supply chain models tacked onto a connected economy, will be the need of the hour, if the manufacturing sector is expected to forge ahead. Right now, domestic demand makes up 65 percent of the sales, 29 percent is global sales and 6 percent is evenly divided between foreign and domestic revenues. However, 85 percent of CEOs are expecting an increase in global demand.

Importing of raw materials and components is required because 58 percent stated that there was shortage or non-availability of raw materials, 45 percent felt there was a cost advantage, 33 percent said that the quality was better and 2 percent stated that the shorter lead times was an advantage. The top five countries/regions that India imports from are: China, Europe, SAARC/South-East Asia, Japan and Sub-Saharan Africa. 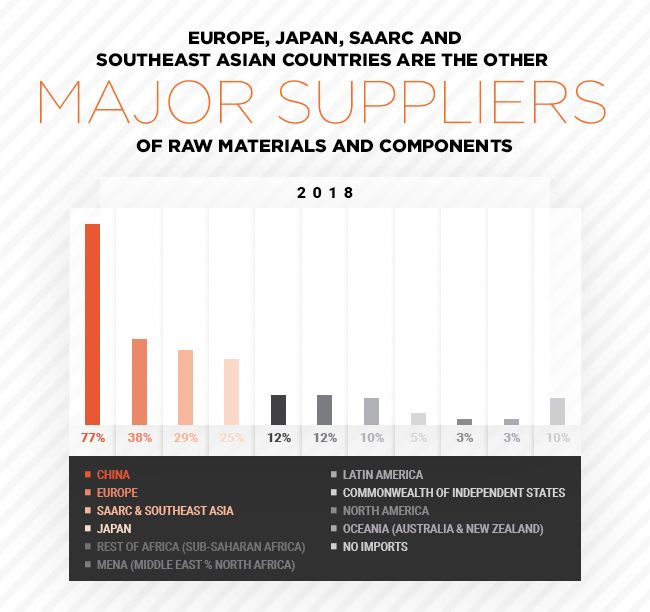 Some of the pessimism is due to India being beaten by other countries on the price point and the quality criteria. Lack of enough export incentives and absence of trade agreements with key countries also hinders growth. Other issues that India needs to address are: sanitary and phyto-sanitary measures, pre-shipment measures and related formalities and technical barriers to trade such as quality requirements, labelling regulations and other specifications. Then there are restrictions imposed on Indian exports such as intellectual property rights, subsidies, distribution rights, rules of origin etc. 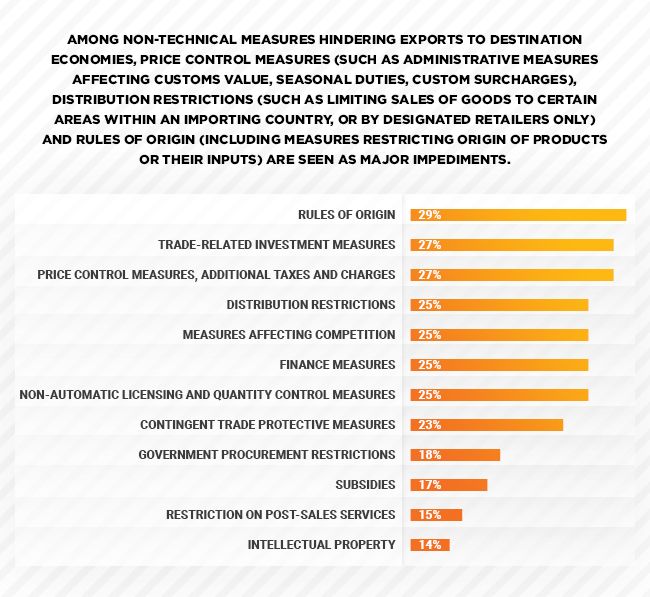 Indian exporters face quite a few problems at home as well. Issues like export taxes and charges, export price control measures, procedural delays on exports at ports and airports, measures on re-export etc, are all holding back manufacturers from fulfilling the rosy targets that they have set for themselves and also those set by the government. To counter this, India Inc is looking to focus on R&D and innovation, backward integration, which will give them control over material supply, and assembling. So, while in FY2017–18, India’s exports grew by 9.8 percent, imports also grew by 19.6 percent. Now, if only the numbers were the other way around!

For that to happen, here is what the PwC report stated the government needs to do: