How Mauritius became a sugarcane economy

Updated : August 22, 2018 07:47 AM IST
In the beginning, sugarcane was primarily used by the Dutch settlers to make arrack from molasses, a by-product of sugar manufacturing.
The Wilhems brothers are said to have founded the first sugar factory. Things took a sweet turn with the arrival of Jean Boekelberg, a surgeon, who had studied the sugar industry in Suriname and successfully used his knowledge within this fledgling industry.

Not many can pronounce Adriaan van der Stel correctly. His designation as ‘opperhoofd’ (headman) is an absolute tongue-twister. But in Mauritius the name of this Dutchman hangs heavy in the air; stories about him oft-repeated in the tiny Indian Ocean island. When he hopped off a ship on November 8, 1639, and set foot on the island’s silken sand, he was not alone - he brought along sheep, pigeons, geese, rabbits, ducks. But the most precious commodity was the sapling of a tall grass lying lazily in his basket. der Stel had brought sugarcane saplings from Java. That red sugarcane changed the history of Mauritius. Mauritius was discovered by the Arabs. In the early 16th century, the Portuguese were the first Europeans to visit the island which was successively colonised by the Dutch, the French and the British. The country gained independence in 1968. Photo Credit - Preeti Verma Lal

In the beginning, sugarcane was primarily used by the Dutch settlers to make arrack from molasses, a by-product of sugar manufacturing. The Wilhems brothers are said to have founded the first sugar factory. Things took a sweet turn with the arrival of Jean Boekelberg, a surgeon, who had studied the sugar industry in Suriname and successfully used his knowledge within this fledgling industry. Sugar was first manufactured in 1696. The Dutch abandoned Mauritius in 1710 and with the arrival of the French colonisers, sugar production touched 477 tonnes in 1812, soaring to 10,841 tonnes in 1825. Production increased dramatically after 1825 when tariff reform made Mauritian sugar competitive with that produced in the West Indies. Soon, Mauritius’ economy was dominated by one crop - sugarcane. By 1834, sugar accounted for nearly 85% of the colony’s exports. With the abolition of slavery, the British devised the system of indentured labourers (Mauritius was the first country to have indentured labourers). The first batch of Indian labourers arrived in Mauritius on November 3, 1834. Their 5-year contract included free to & fro passage; Rs 5 per month as wage (Rs 4 for women); 6 months advance pay, free ration, accommodation and clothing. The men/women were registered, given a number as identity and allocated to British-owned sugar plantations. 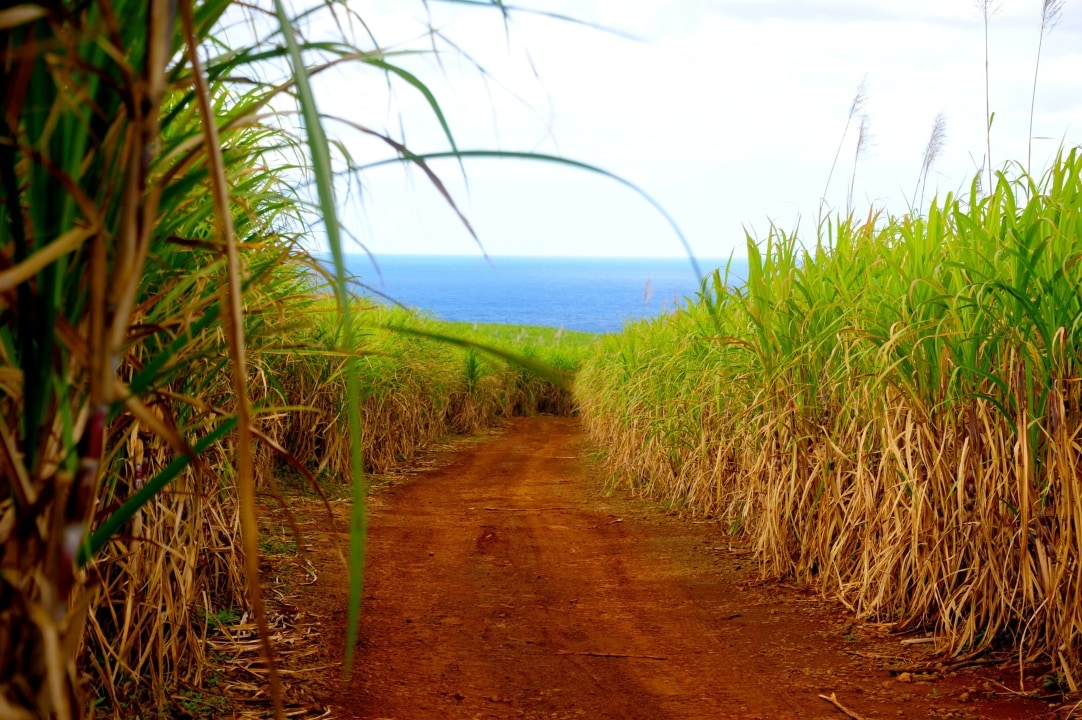 The introduction of indentured labourers turned Mauritius into the most important sugar colony of the British Empire. By 1855, the island was producing nearly 7% of the world’s sugar.

In 1858, there were about 259 sugar mills in Mauritius. By 1862, sugar production reached 150,000 tonnes from 52 000 hectares of cane. However, due to the process of centralisation, where family-owned sugar estates were merged into companies, the number of sugar mills have decreased to 137 sugar mills in 1888 and 79 sugar mills in 1903. Sugar Factory chimney in Frederica Nature Reserve in Domaine de Bel Ombre. Frederica Estate was created in 1823 followed by the construction of a sugar factory in 1855. The factory shut down in 1874 due to its remote location. Photo Credit-Preeti Verma Lal

Sugar production remains an important contributor to the country's economy with sugar exports representing about 19% of foreign exchange earnings and 1% of the country’s Gross Domestic Product (GDP) - the other two big contributors being textiles (8.7% of GDP) and tourism (7.5% of GDP). Today, Mauritius contributes 1% to the world’s total sugar production. There are only 4 functional sugar mills that produce 375,000 tonnes sugar annually. Nearly all the sugar produced in Mauritius is exported at an approximate value of US$ 200 million.

When he hopped off the ship in 1639 with a tall grass in his basket, Adriaan van der Stel could not have imagined the impact of sugarcane on the history and economy of Mauritius. That one basket of cane turned an island into a Sugarcane Republic.
Tags British-owned sugar plantations Mauritius sugarcane economy sugarcane saplings